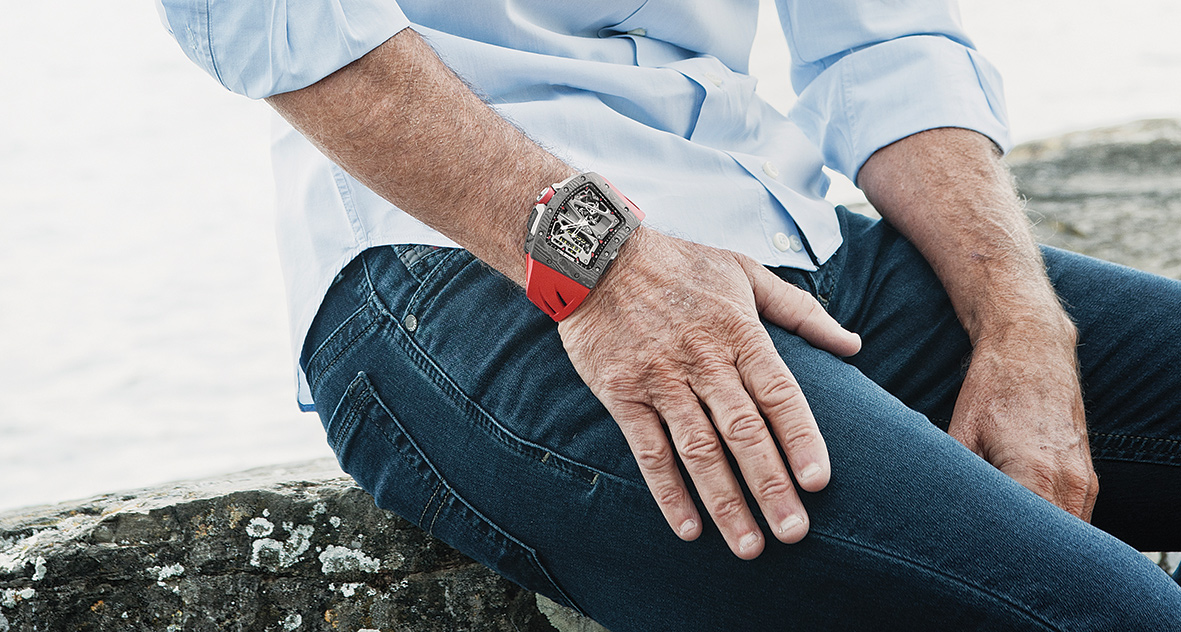 These Are The Top Four Watches We'd Buy Right Now If Money Was No Object
October 31, 2017 Karim Mounib

With so many amazing watches around, it’s never an easy thing picking favourites. But if we had to put our money where our mouth is, then these are the watches we’d be buying right now. 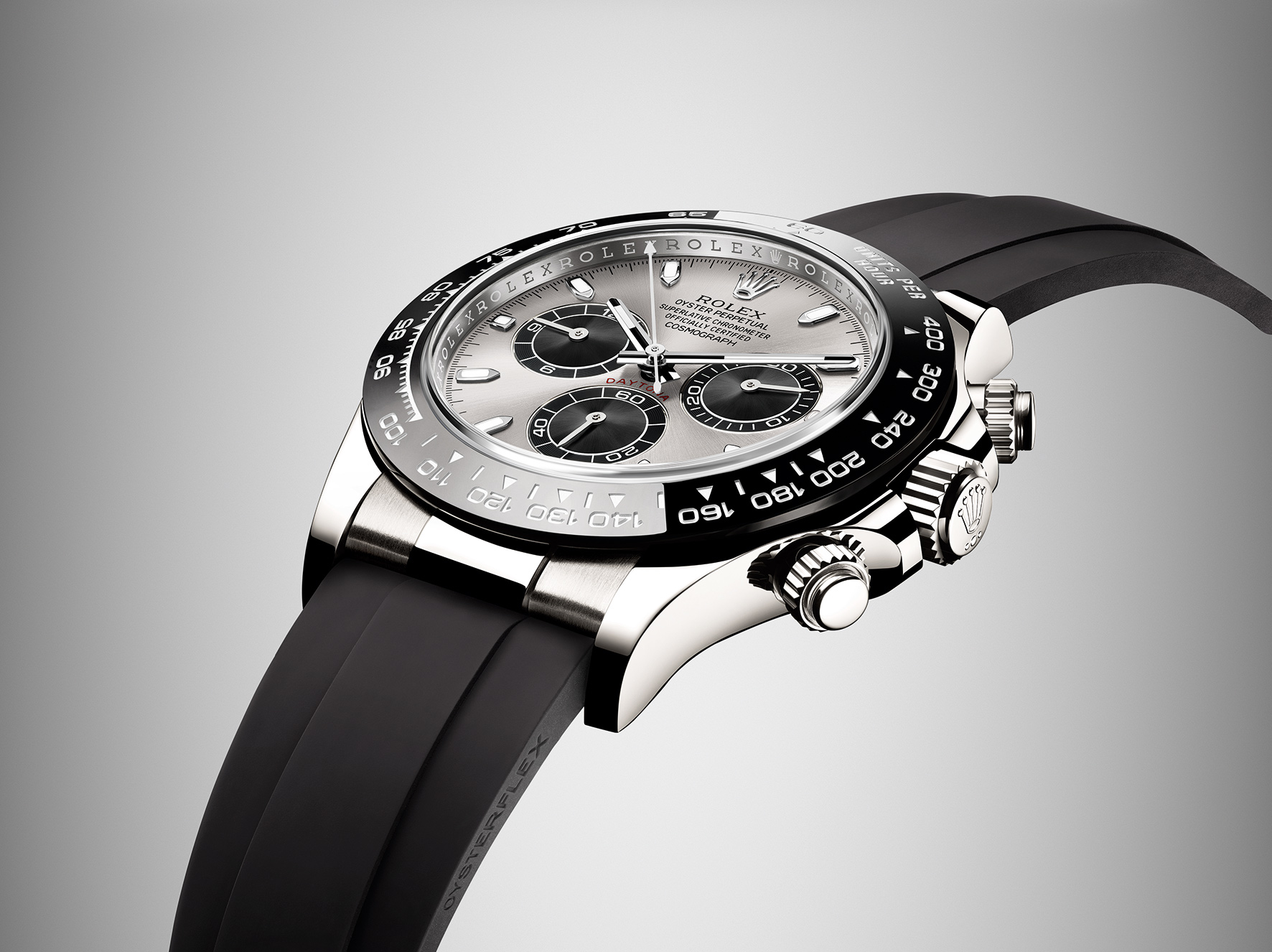 Rolex Oyster Perpetual Cosmograph Daytona
In 2016, Rolex refreshed their massively popular Daytona line by introducing a super-resistant ceramic Cerachrom bezel on the steel model. Then in 2017, they added three new versions in 18-karat white, yellow and Everose gold, all of which come with ceramic bezels and clasp-closing rubber straps. Though we wish Rolex had refrained from brashly imprinting ‘Oysterflex’ down the width of those straps, it hasn’t stopped us from loving the 28,800 USD white gold version. To us, it just oozes class in a wonderfully time-honoured way. Oh, and in case you were wondering, these Daytonas are equipped with self-winding calibre 4130 mechanical chronograph movements.
Price: 27,500-28,800 USD 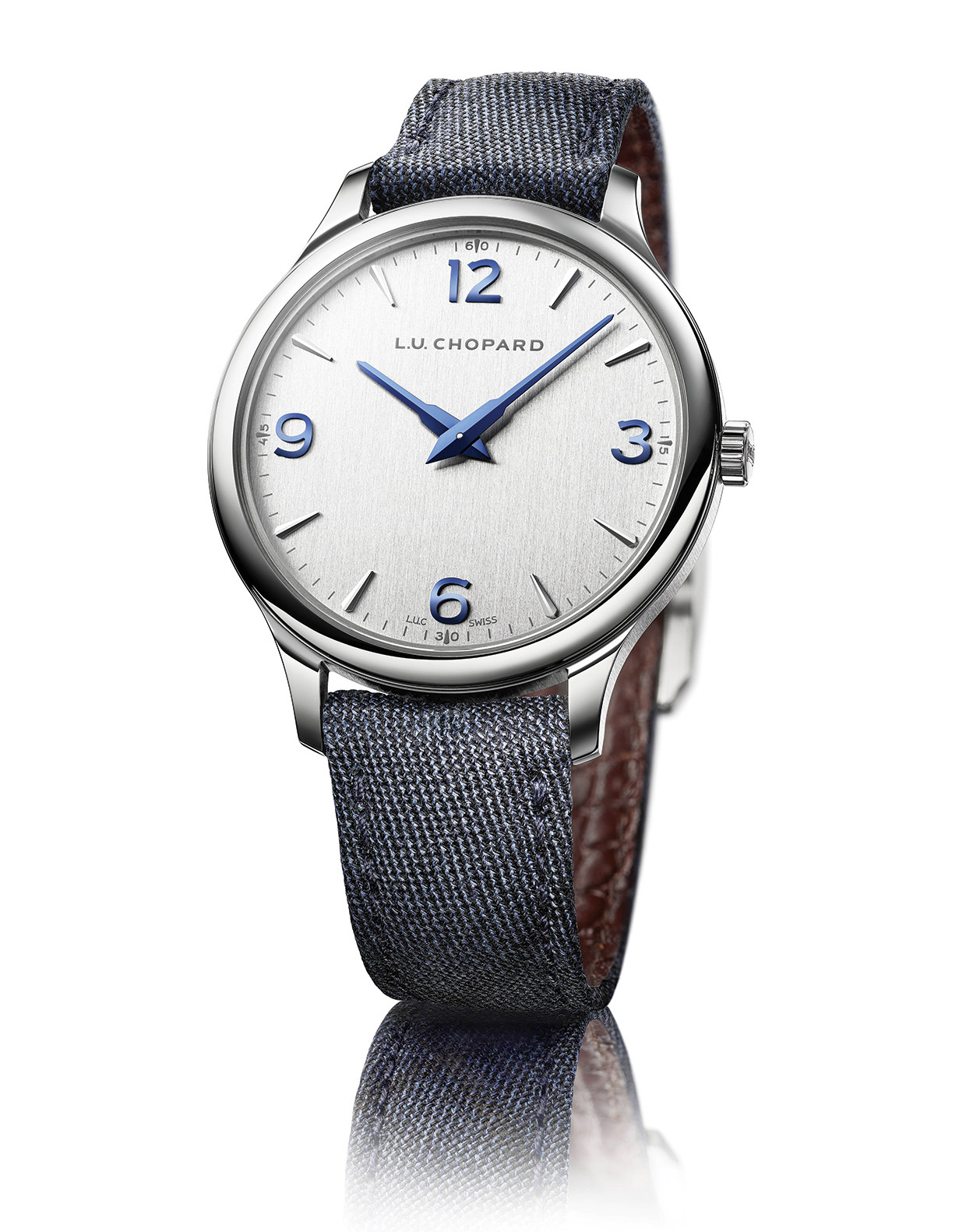 Chopard LUC XP
It’s just over two decades since Chopard founded its high-end LUC manufacture (named after Louis-Ulysse Chopard) and in that time they’ve produced a tonne of remarkable timepieces. This new XP model though is quite unlike its typically classical stable-mates. The very fashionable watch marries an ultra-thin, self-winding 40mm calibre with blued hands and indices, as well as a cool denim-like cashmere strap lined with brown alligator leather. We think it’s absolutely fabulous.
Price: 9,250 USD 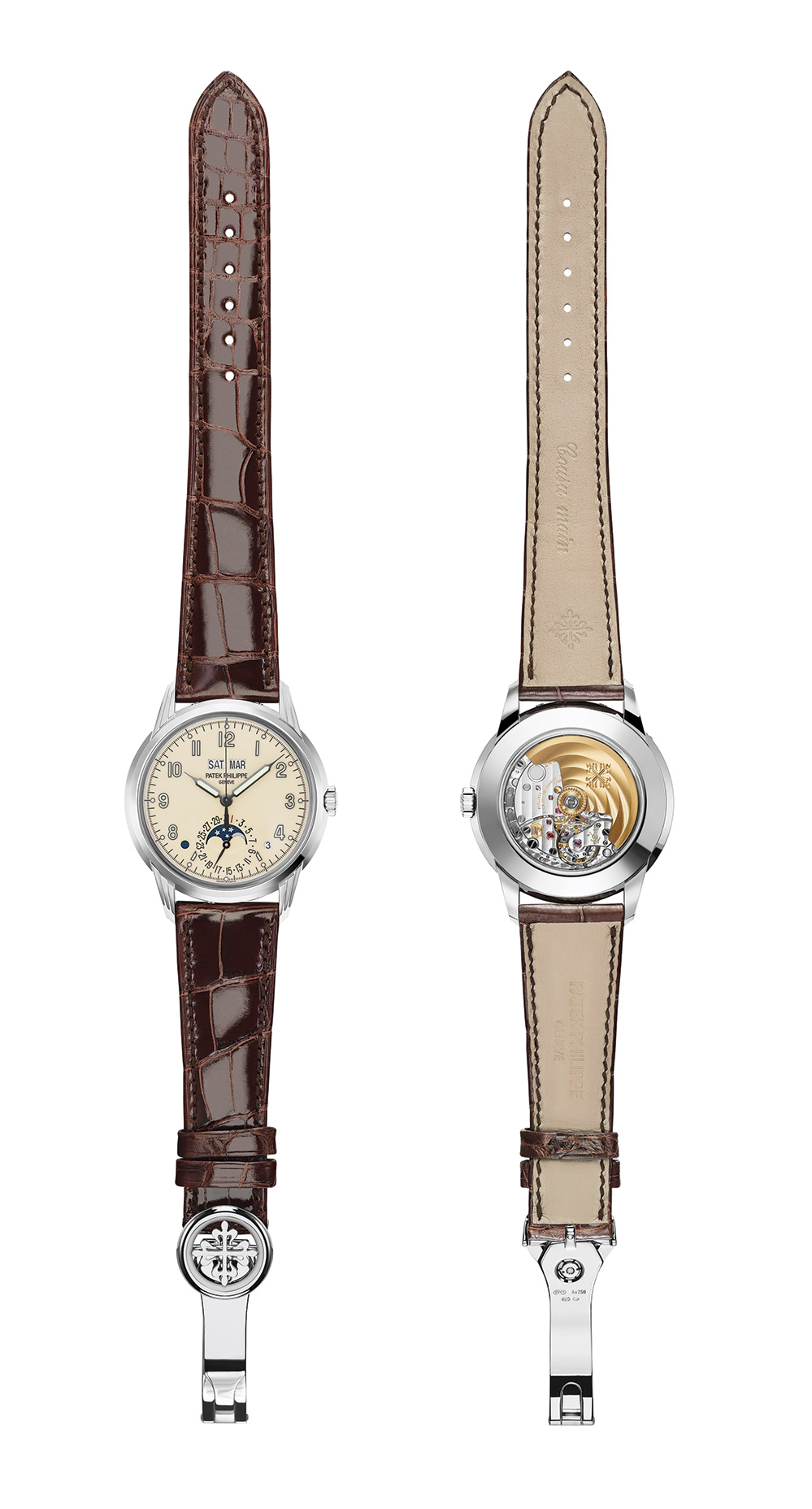 The perpetual calendar is a grand complication that, in addition to the time, shows the date, day, month, and year. It even factors in leap years (although, you will have to manually adjust it once a century). Now, ask any watch collector and they’ll tell you that Patek Philippe is widely considered the master of the perpetual calendar and this isn’t just because it was the first watchmaker to incorporate the technology into a wristwatch in the 1920s (note it was Audemars Piguet who in 1955 improved the complication with a crucial leap year indication), it’s also because they have refined it so well over the last near-hundred years.
The Reference 5320G is their latest version. The case is 40mm in diameter and available in only white gold. The dial is a cream lacquer that feels like it has gained a patina over time. The execution is fresh, purposeful and confident. And though collectors will no doubt see this watch as some kind of Holy Grail, even those with an untrained eye will like the 5320G, as it has timeless appeal.
Price: 82,800 USD 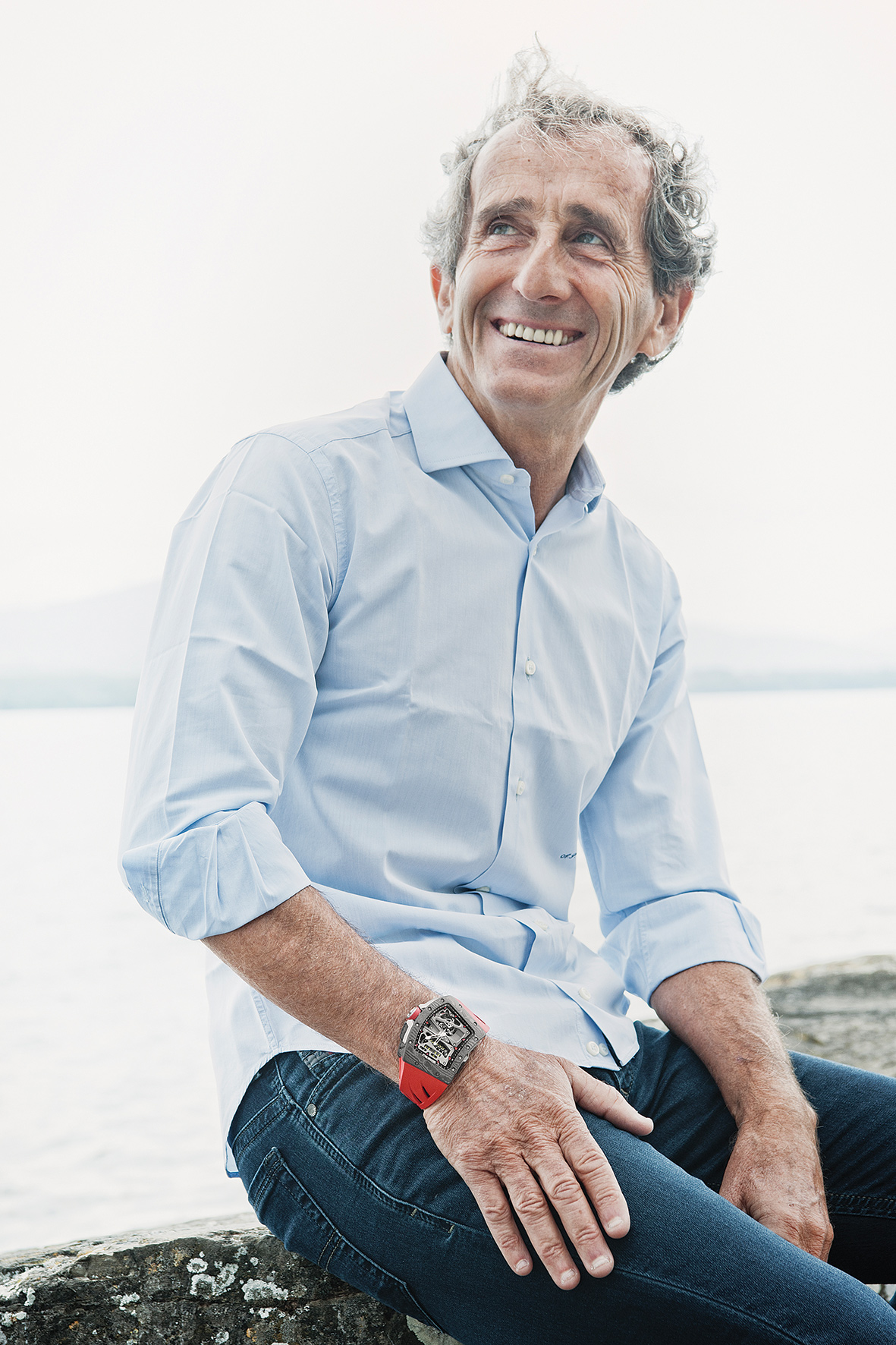 Richard Mille RM 70-01 Tourbillon Alain Prost
Alain Prost might be best know for winning four Formula One world championships but since his retirement in 1993 he has notably gone on to cofound Renault E.Dams (the most successful team in the still infant Formula E Championship) and become an avid cyclist, which explains why his close friend, Richard Mille, developed a mechanical watch in his name that’s designed specifically for cyclists. The forged carbon watch (which is the brand’s largest to date) is limited to just 30 examples and features a titanium tourbillon, as well as a built-in odometer to track the miles, or kilometers, travelled. It’s an incredibly complex thing and its price tag reflects that, but the good news is that it does at least come with a custom-made carbon fibre Colnago C-60 bicycle. Nice touch.
Price: 815,500 USD