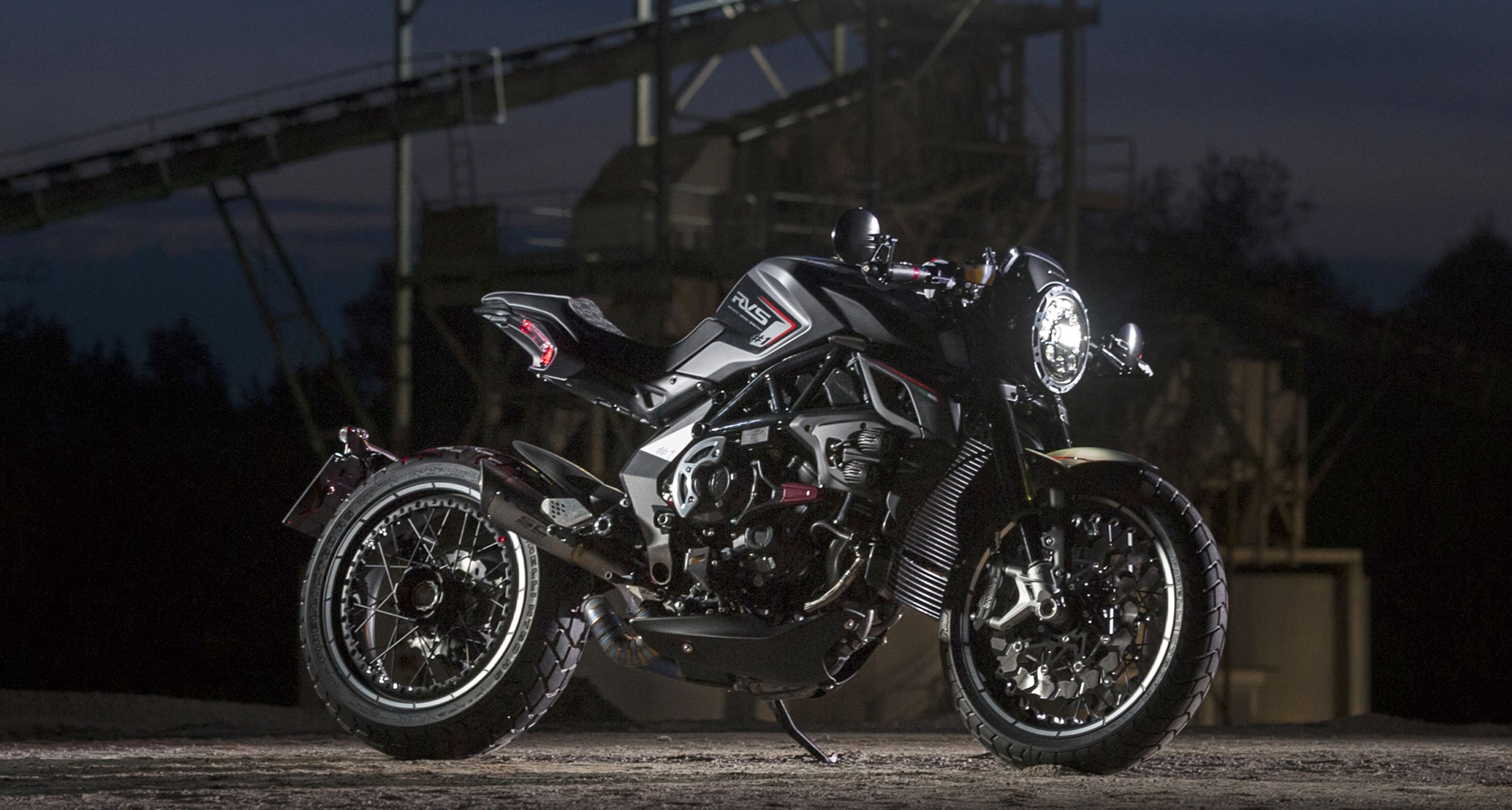 Motorcycle brand MV Agusta has had a tough time of late. After facing mounting debts it was forced to implement a drastic company restructure and then lost its powerful minority shareholder, Mercedes-AMG, who clearly had enough of passionate Italians who have little regard for corporate bottom lines. Of course, such turbulence is nothing new for the legendary outfit founded in 1945 by Count Domenico Agusta as an offshoot of an aviation company that would make motorcycles almost exclusively to fund some incredibly successful racing efforts. But now the company boss, Giovanni Castiglioni has had to get serious and he’s ditched aspirations of increasing production from 10,000 bikes a year to 20,000, with a plan that instead involves downsizing, reducing costs, and focussing on the upper end of the bike market. He even set up a special vehicles division – the Reparto Veicoli Speciali (RVS) – to pursue this aim.

Their first product is the RVS#1 and what a thing of beauty it is. Taking the three-cylinder Brutale Dragster 800 as its base, almost every element has been reworked with a whole heap of visual upgrades, fancy materials (like aviation-grade aluminium and titanium), as well as 10 extra horses and eight less kilos (150hp and 160kg respectively). It won’t come cheap and will be very limited in numbers but what a splendid and quintessential MV Agusta it is.

Get Up Close With Boca do Lobo’s Bug Inspired Furniture