Products | Essentials | These Agnelli e-Bikes Don’t Only Look Vintage, They’re Made with Vintage Parts Too 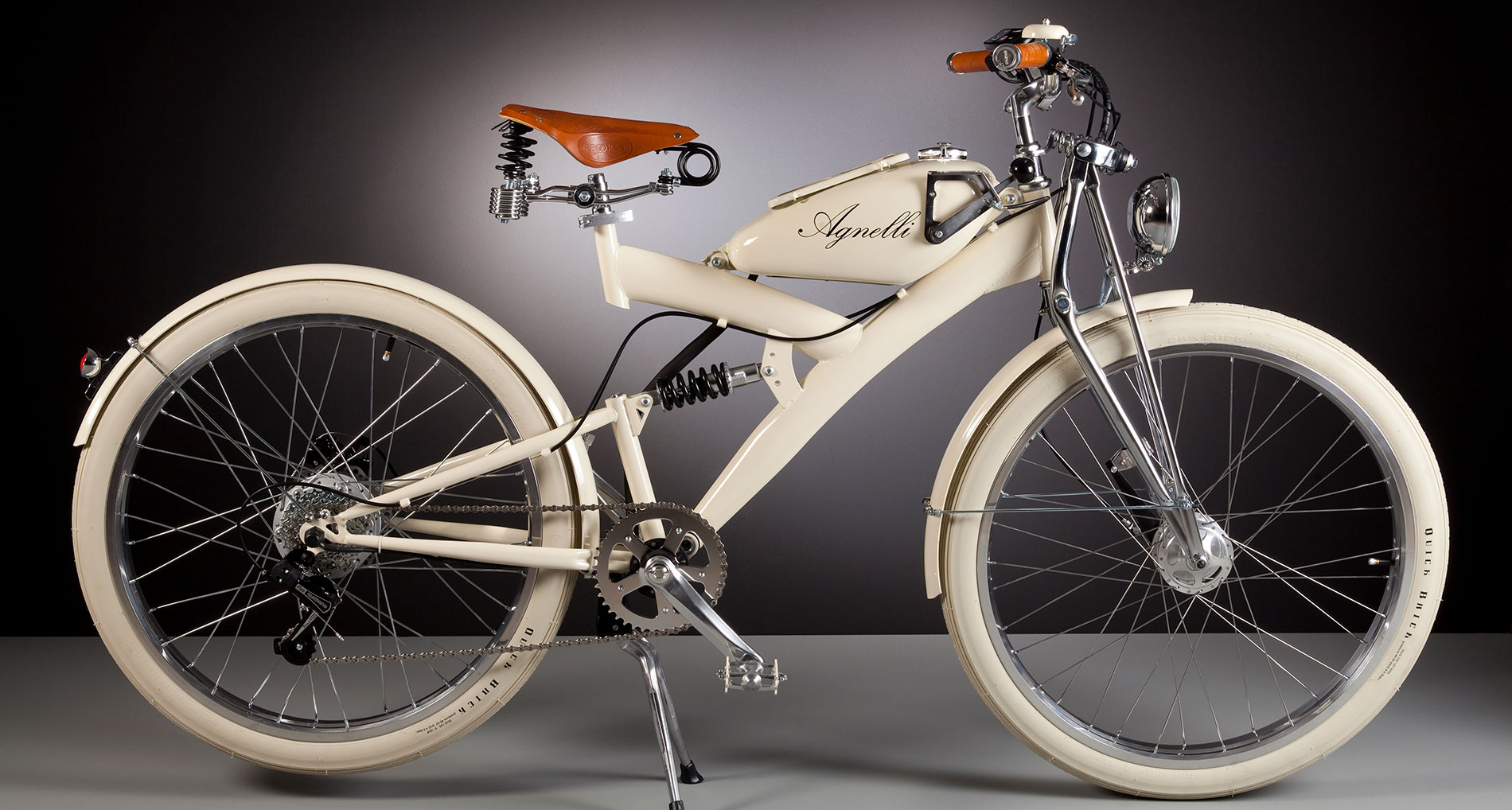 These Agnelli e-Bikes Don’t Only Look Vintage, They’re Made with Vintage Parts Too
February 1, 2018 Ziad Taha

We first came across Agnelli Milano Bici bikes quite by chance thanks to Le Bon Marché in Paris that had them as part of their Christmas displays. And though we initially thought they were cool vintage motorcycles, we quickly realised they’re actually modern electric bicycles, with battery packs hidden in the fuel tanks. They’re made by the 51-year-old antique furniture restorer Luca Agnelli, who explains that no two are ever alike because they’re built around original vintage pieces, which also makes it a long and laborious process. As a result, he only produces 30 bikes a year, at prices that can vary between 13,000 USD to 47,000 USD a piece. 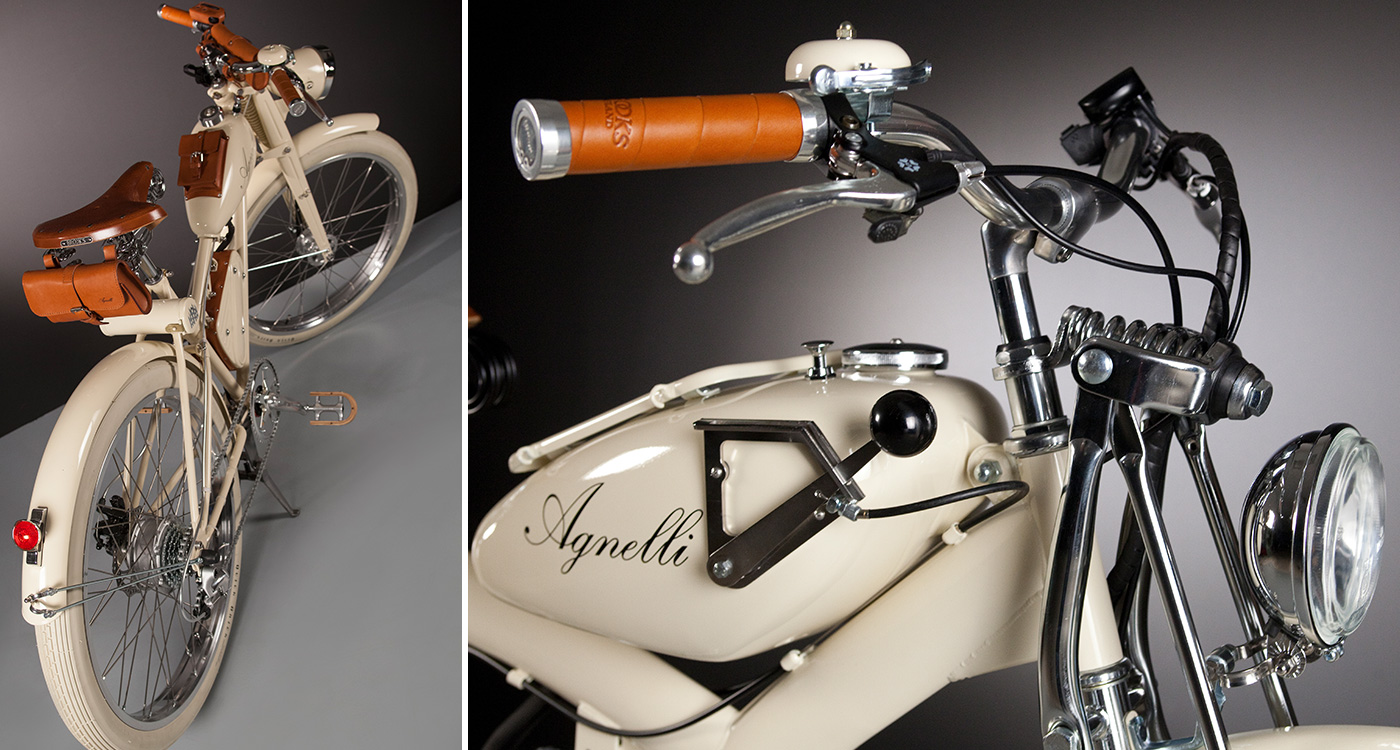