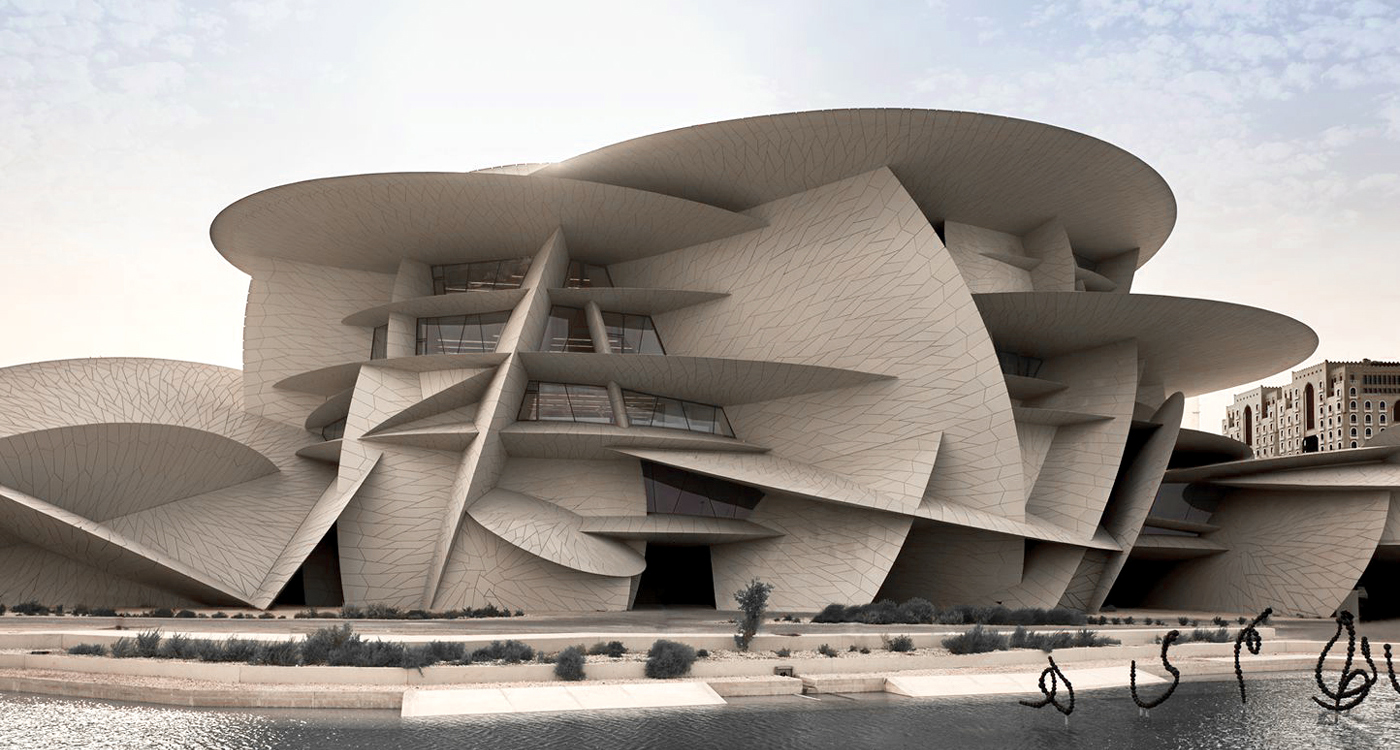 The National Museum of Qatar is a Desert Rose of Extraterrestrial Proportions
January 29, 2019 Nadine Kahil 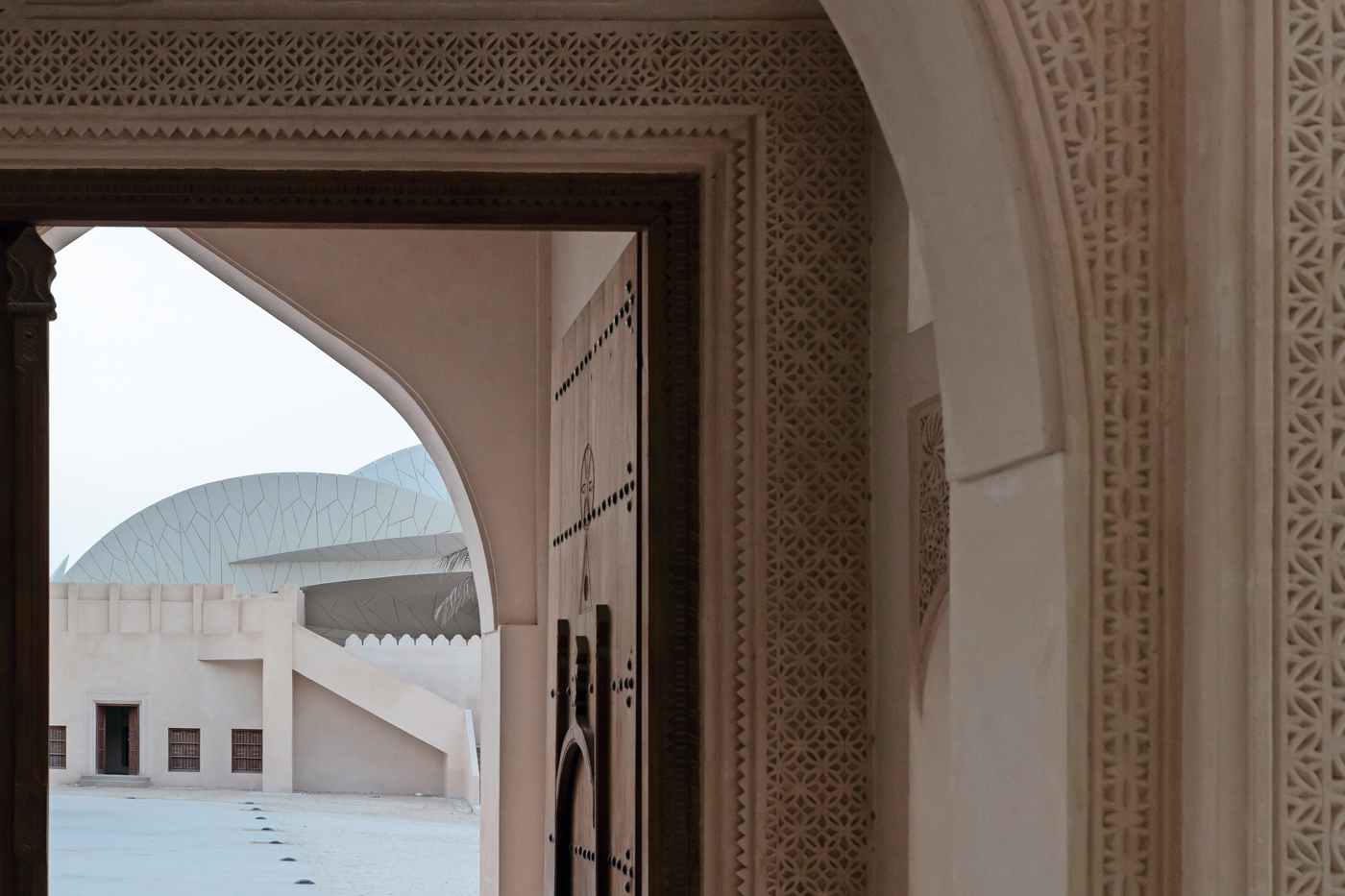 The Jean Nouvel-designed National Museum of Qatar opened on March 27th 2019 and it’s a stunning celebration of a young Gulf nation’s heritage – as well as its future.

Following his widely acclaimed work on the Louvre Abu Dhabi, French starchitect Jean Nouvel is putting his final touches on yet another Middle East behemoth, this one in Doha. Designed and planned under the patronage of the current Emir of Qatar, Sheikh Tamim bin Hamad Al Thani, the 40,000 square-metre National Museum of Qatar (NMoQ) is meant to provide concrete expression to a young and ambitious nation’s identity, relating the physical, human and economic geography of the country, together with its history.

“Qatar has a deep rapport with the desert, with its flora and fauna, its nomadic people, its long traditions. To fuse these contrasting stories, I needed a symbolic element,” explains Nouvel. “Eventually, I remembered the phenomenon of the desert rose: crystalline forms, like miniature architectural events, that emerge from the ground through the work of wind, salt water, and sand. The museum that developed from this idea, with its great curved discs, intersections, and cantilevered angles, is a totality, at once architectural, spatial, and sensory.”

Made up as it is of interlocking discs, Nouvel’s masterpiece clearly does resemble a flower. And, both imposing in scale and yet somehow delicately beautiful, it looks set to mark a new reference point for the design of institutional buildings.

At the new museum’s heart lies the restored historic Palace of Sheikh Abdullah bin Jassim Al Thani (1880-1957), son of the founder of modern Qatar, a building that in former times was both the home of the royal family and the seat of government, and was subsequently the site of the original National Museum. 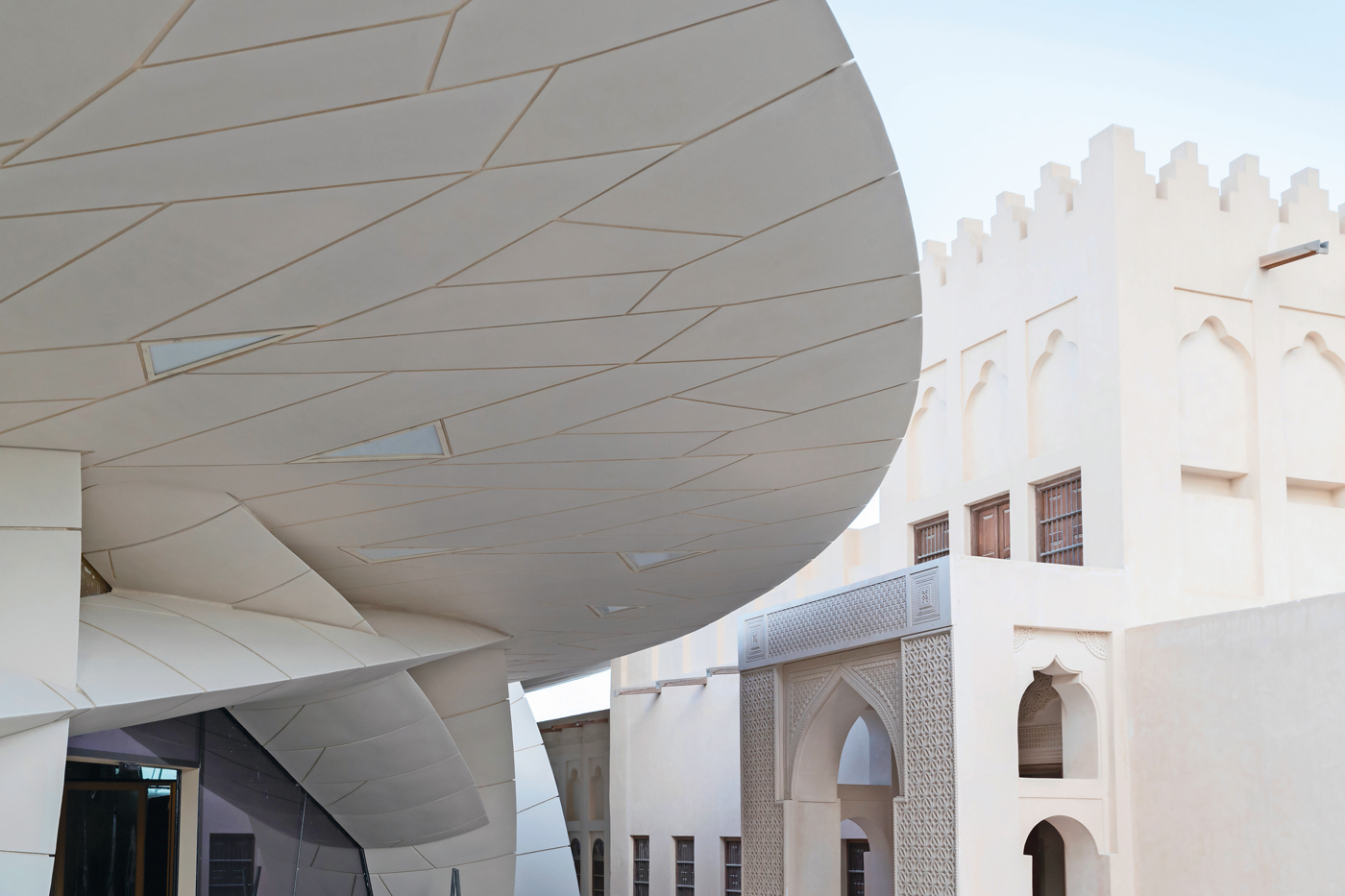 The internal structure of NMoQ takes shape through three ‘chapters’ – Beginnings, Life in Qatar and Building the Nation. These are then sub-divided into eleven galleries covering a distance of 2.7 kilometres, which begin in the period prior to the human habitation of the peninsula, and continue through an immersive experience that allows visitors to learn about Qatar’s ancestors and the formation of early cities, as well the modernisation of its society. Exhibitions will combine historic objects and contemporary influences, opening up a dialogue around the impact of rapid change.

Along with the permanent galleries, the museum contains a 220-seat auditorium, a 70-seat forum and facilities for the storage and conservation of the pieces. A thoroughly modern experience, the site also includes a restaurant, two cafés and a shop.

Of the museum, Sheikha Amna bint Abdulaziz bin Jassim Al Thani, Director of the NMoQ, explained, “At the core of the museum’s permanent exhibits, and accessible to the public, is a digital archive of thousands of images, videos, and documents from Qatar and abroad. And all these elements will be made accessible to as many people as possible.”

Innovative presentation techniques will help excite audiences and push boundaries. For example, entire walls will become cinematic screens, individual cocoons will hold oral histories and handheld mobile devices will guide people through thematic displays, which include many remarkable pieces, including the ‘Pearl Carpet of Baroda’ – which was commissioned in 1865, and is embroidered with more than 1.5 million of the highest quality Gulf pearls, and adorned with emeralds, diamonds, and sapphires – as well as manuscripts, documents, photographs, jewellery and costumes.

The NMoQ will also showcase a veritable treasure trove of art, much of it specially commissioned for the project. A piece by Qatari artist Ali Hassan adorns the public entrance, a work by Sheikh Hassan bin Mohammed bin Ali Al Thani welcomes visitors to the galleries and a sculpture by Iraqi artist Ahmed Al Bahrani resides in the museum’s caravanserai. There’s also a monumental installation by the French artist Jean-Michel Othoniel, which comprises 114 individual fountains set within the lagoon, with their streams designed to evoke the fluid forms of Arabic calligraphy, as well as a sculpture by the Syrian artist Simone Fattal, ‘Gates of the Sea’, which evokes the petroglyphs found in Qatar at Al Jassasiya.

The museum is an incredible endeavour and it will undoubtedly garner international acclaim when its doors open on March 28th, 2019.