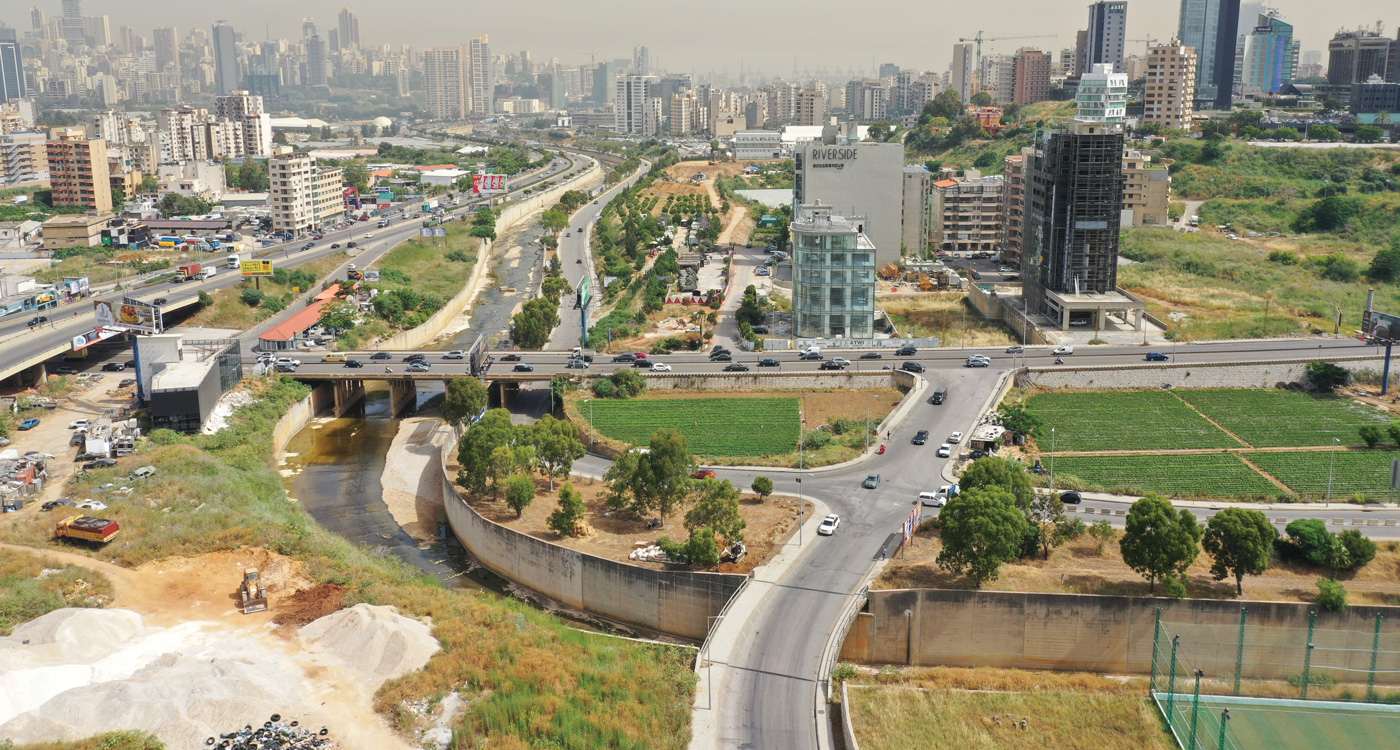 Litter doesn’t just take decades, or sometimes even centuries to decompose; it also contaminates our soil, air and water. Luckily there’s at least one Beirut-based architecture firm that’s doing something about it.

Adib Dada describes his firm, theOtherDada, as: “a Beirut-based for profit architecture company with an environmental and social impact”, while his urban intervention project RiverLESS, is just one of the many interesting pro-bono design projects that it’s taking on. (It also turns out that their pro-bono work constitutes 50 per cent of their business, in monetary terms.) And the aim of RiverLESS is to bring back the diverse ecosystem that once existed in one of Beirut’s most densely populated areas, the Beirut River. That’s a waterway that runs east to west through the city, before curving north, separating Beirut itself from its eastern suburbs, primarily Bourj Hammoud and Sin El Fil. Historically, the river supplied the capital with water via a Roman aqueduct but over time it was left unprotected from overgrazing, hunting, fire, deforestation, urban development and water pollution, to the point that it was transformed in 1968 from a riparian river to a concrete canal. Today, that canal is just a passageway for ill-managed sewage and rubbish but the Beirut RiverLESS project has started to at least rehabilitate the area that surrounds the river, if not the river itself.

“Next to the river there used to be wetlands, with lots of different tree species like Oak, native Pine, Pistachio trees, Strawberry trees, which have a red trunk; we’ve identified 26 different species of trees and shrubs,” says Dada.

Using something called the Miyawaki technique, a proven Japanese method used to create forests that grow 30 times denser and ten times faster, theOtherDada has partnered with Afforestt, a service provider based in India that specialises in growing native, maintenance-free forests in urban settings around the world. And after five years of research, Dada and his team have begun by planting a 200 sqm plot of those native trees and shrubs, as part of a workshop that also teaches a new crop of social entrepreneurs about the technique.

“We worked with nurseries who’ve been growing native tree species for the last three years from seeds they’ve picked in the forest, so it’s not just seeds from Italy or somewhere, which can survive here. It’s really native plants – we’ve found about 70 per cent of the species we need, which is enough for us to start.” And by native, Dada means species that existed over a thousand years ago, and he is hopeful that in addition to beautifying the area, it will attract plenty of fauna including urban pollinators like bees, bats, beetles and birds.

“Beirut River Valley is an important bird area and it’s recognised as Category 4, which is one of the highest categories, because it’s a migratory path for birds travelling from Africa into Europe,” he adds. “Lebanon is like the funnel because they don’t fly over the sea or the mountain, they fly over our narrow coast, which is why we have a lot of hunters. In the winter, it’s the reverse.”

In order to fund the remaining 1,800 square metres of the forest, the firm has partnered with a local business – Advanced Car Rent, which actively and methodically implements solutions to offset the carbon emissions it generates, in addition to SUGi, a new crowd-funding app that raises money for urban ‘rewilding’ by collecting donations that can be as little as 5 USD. So, it’s a cause anyone can get behind. 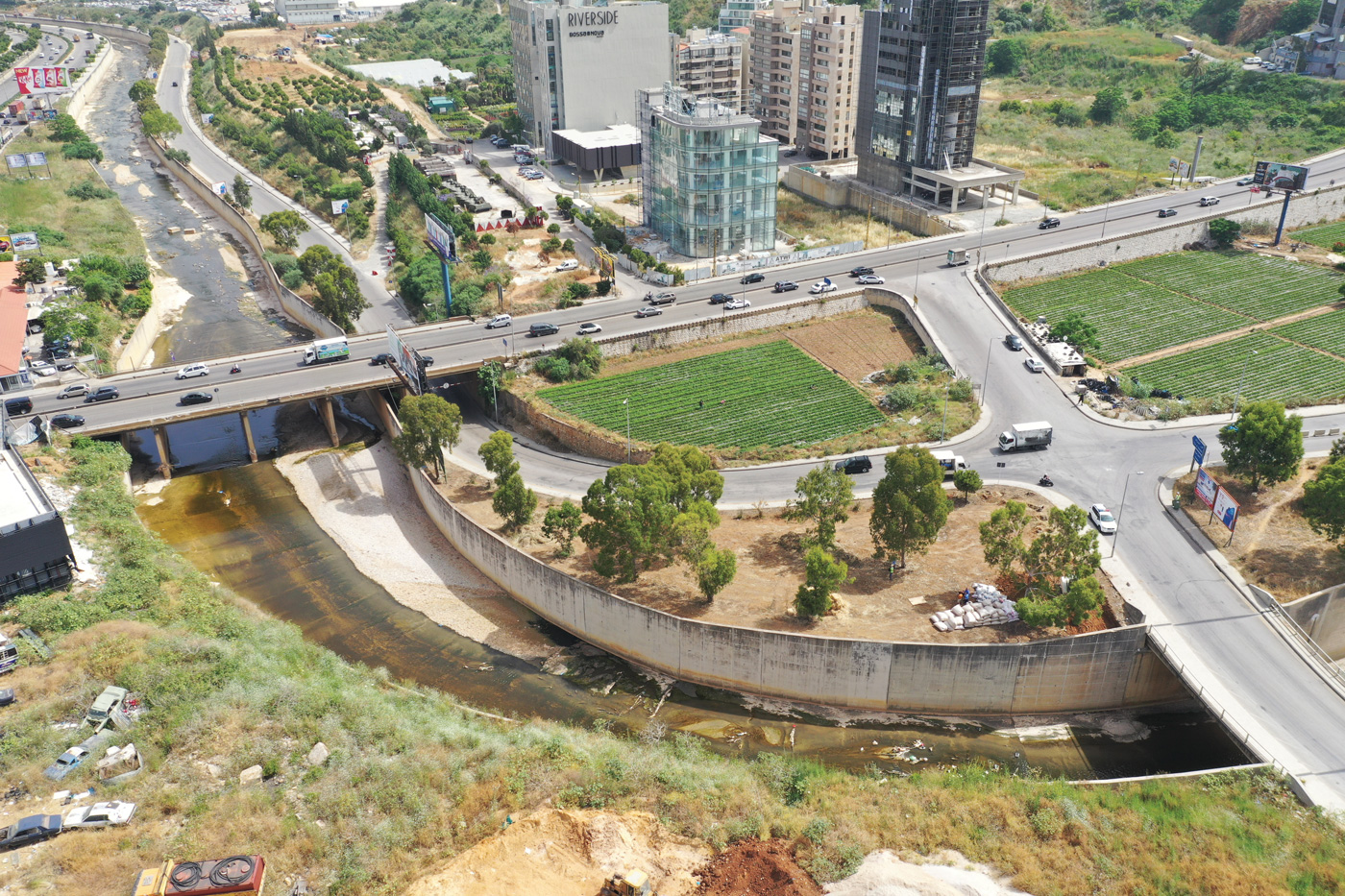 This is Beirut’s largest open river. It originates 30 kilometres inland at an altitude of around 1,900 metres from a spring in Hammana and another in Tarchiche. RiverLESS is developing a bottom-up plan to bring its watershed back to life.