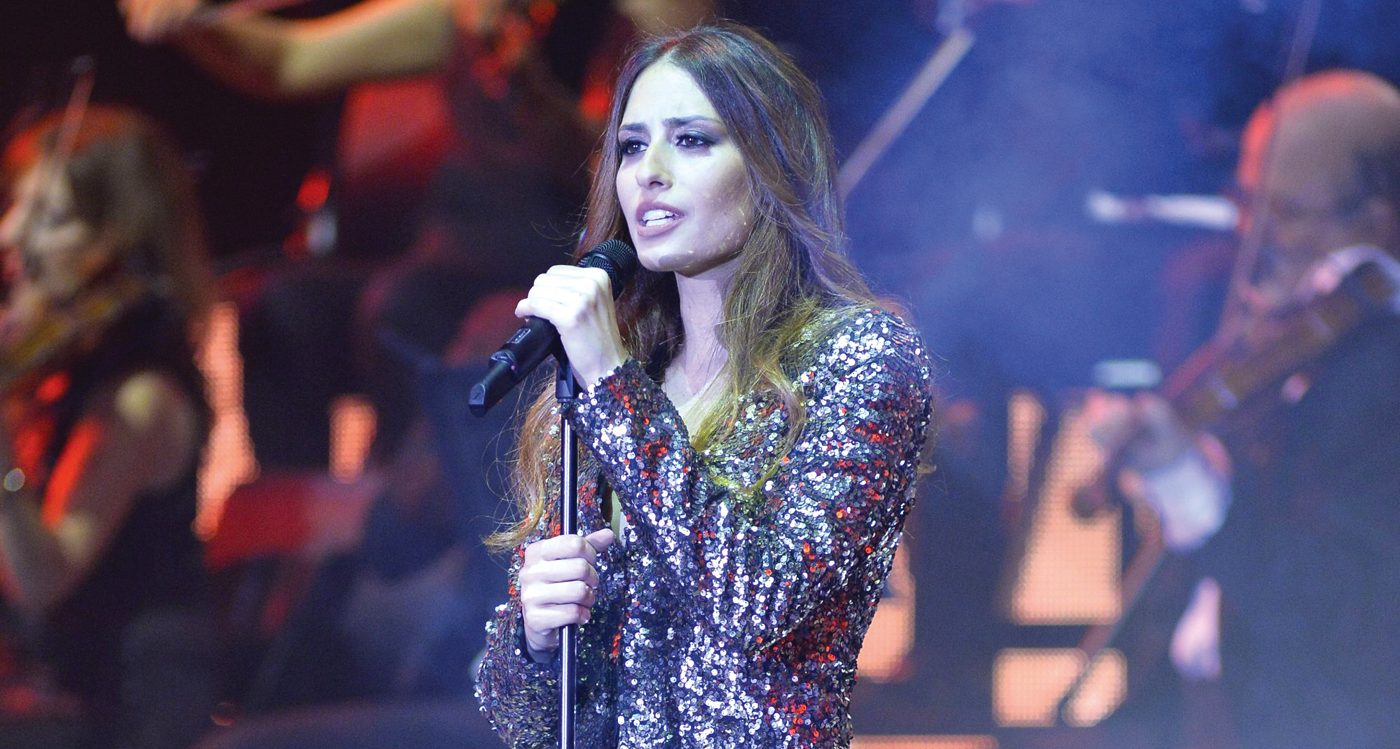 Hiba Tawaji Shares her Thoughts on the Indispensable Things in Her Life
May 3, 2017 Nicolas Shammas

WHEN DID YOU REALISE YOU COULD BE A PROFESSIONAL SINGER?
-I never realised I could be one, I just followed my heart and my intuition. I always loved music and the arts and it is something I grew up learning and nourishing culturally and technically. The turning point though was when I met my producer Oussama Rahbani who is someone I always admired and dreamt of working with. He taught me so much and still teaches me everyday in fact. And he believed in me when I was only 19 years old and landed me a leading role in his musical play ‘The Return of the Phoenix’. That was my first professional experience and it was then that I knew this was something I wanted to do for the rest of my life.

HOW EASY WAS THE TRANSITION TO ACTING?
-It wasn’t that hard as this was a field I had been studying for many years. I’m a performing arts graduate from the Université Saint-Joseph in Lebanon with a bachelor degree in acting and directing. Acting and music are highly complimentary to one another and the two fields almost complete each other. This is why I chose to pursue them both.
Over the years, I’ve done a few acting workshops in New York too: the first was in 2010 at the Stella Adler Studio of Acting where I spent four months studying acting techniques and Shakespeare; the second was in 2012 when I went to the New York Film Academy and did a musical play workshop for two months. I’m a believer that education is essential as it helps you master your craft. Acting isn’t easy but when you learn to respect it, it’s an enriching field.

WHO ARE THE ARTISTS WHO MOST INFLUENCE YOU?
-There are so many in both music and cinema. Michael Jackson is my ultimate idol, he was a real genius. I admire Mariah Carey’s virtuosity, Whitney Houston’s ‘diva-eque’ attitude, Barbara Streisand for her success in so many fields – producing, acting, directing, singing and so on. Meryl Streep for each role she has so capably interpreted. Sting for his beautiful, classy music, and of course Fairuz and the Rahbani brothers, for the music they produced together, which is a national/international treasure.

TELL US A LITTLE ABOUT YOUR YEAR AND WHAT WE CAN LOOK FORWARD TO.
-Last year was hectic but amazing. I played the lead role in the ‘Moulouk Al Tawaef’ musical by Mansour Rahbani at Arz Tannourine Festival. Then I was a part of a great symphonic Rahbani concert in Amman. I began working on my [fifth] album ‘Hiba Tawaji 30’, produced by Oussama Rahbani and I was chosen to play Esmeralda in the comeback of the famous French musical spectacular ‘Notre-Dame de Paris’ at the Palais des Congrès, which ran from last November until January this year. The play is now on tour, going first to Taiwan from February till March, and then across France from April to June. It will pass by Lebanon from July 8th till the 11th at the Jounieh Festival. In parallel to all of this I will be releasing my Arabic album ‘Hiba Tawaji 30’ and I have a list of concerts to accompany it: in Morocco (March 17th and 18th), Cedar International Festival in Lebanon (August 5th), Zahle International Festival (August 12th) and many other concerts across the Arab world. Finally I will also be releasing my first French album with the international record label Universal Music France.

If one of my songs manages to touch someone’s heart… if it comforts them, or consoles them then I have succeeded.

WHAT MARK WOULD YOU LOVE TO LEAVE ON THE MUSIC WORLD?
-I never think in this way. I just love music, I love singing, and love to share it with an audience. If one of my songs manages to touch the heart of someone or enlightens them on a certain subject, if it comforts them, or consoles them then I have succeeded.

NOW, CAN YOU TELL US WHAT IS INDISPENSABLE TO YOU….

3. IN ACCEPTING PRAISE OR CRITICISM?
-Objectivity.

5. TO ACCEPT WORKING WITH ANOTHER WRITER OR ARTIST?
-An exchange and if he or she enriches me artistically.

9. TO FINDING A BALANCE IN LIFE?
-Family and friends.

FINALLY, WHAT THREE THINGS WOULD YOU TAKE TO A DESERT ISLAND?
-My phone, water, music.