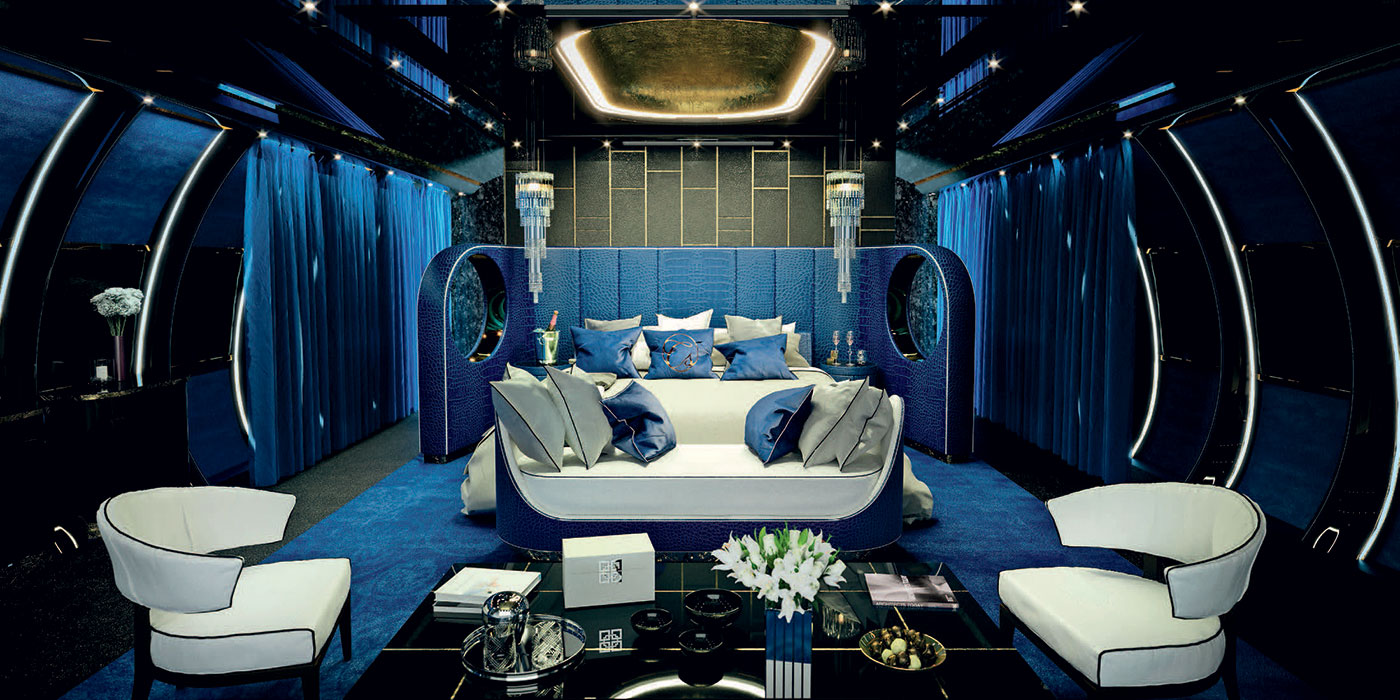 Celia Sawyer Designs a Breathtaking Airbus A340 for an Arab Client
August 29, 2018 admin

When it comes to outrageous places to take a nap, there can be few with more of a “wow” factor than the spectacular stateroom aboard this private Airbus A340. The plane, which belongs to an undisclosed Middle Eastern royal, was designed by Celia Sawyer, an English interior designer, who once famously starred on the hit television show, Four Rooms.

“Clients like expressing themselves a little more on the aviation side,” revealed the 53-year-old former model during the last Superyacht Design Symposium in Kitzbühel, Austria. “They might have a very classic style at home, but want something more outrageous in their aircraft.” And that’s exactly what she delivered here.

The A340’s master suite is a vision of blue, placing at its centre a giant king-sized bed that has been enveloped by a hand-stitched crocodile leather headboard. Adjoining the bedroom is a bathroom with a Swarovski crystal- and-glass basin and a tub made from midnight-blue marble. A little further forward is the main salon and lounge area, in which Sawyer accentuated the uninterrupted ceiling height with a series of individual, gold-plated sections that trace the curvature of the plane. Sawyer then balanced these curves with a linear seating plan of Tuscan leather sofas pushed to the outer edges in a mejlis style seating plan. Really, of all the planes we’ve seen, this one’s a veritable flight of fancy.