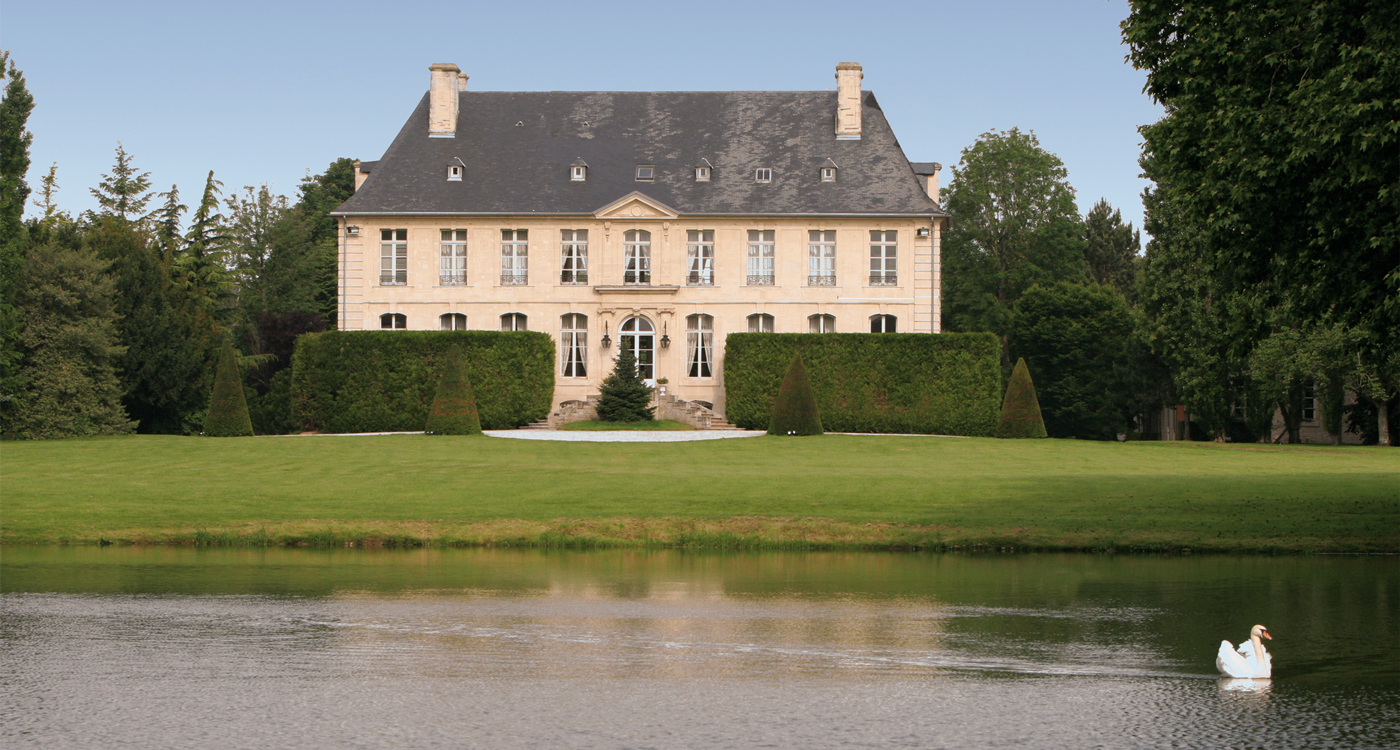 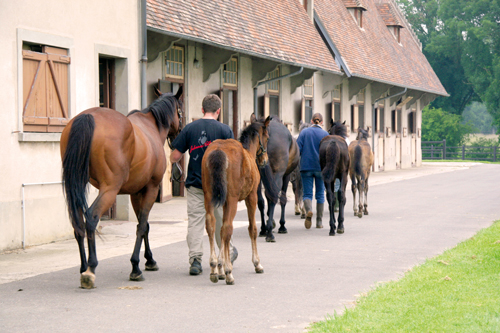 Normandy is famous for the D-Day landings, the Abbaye du Mont-Saint-Michel and horse breeding. Issam Michael Fares’ breathtaking property ties all three together in just one place. Nicolas Shammas takes a closer look.

What do the Battle of Normandy, horse breeding and the Abbaye du Mont-Saint-Michel have in common? The answer lies in Issam and Hala Fares’ beautiful Château Haras de Manneville. This stunning family retreat is the only remaining European horse farms belonging to the Fares family. Originally they had owned three such estates – the largest and most important in Lexington, Kentucky USA, another in Hertfordshire, England, and this one in Normandy. But Fares, which fittingly means knight in Arabic, chose to scale down his operations by selling one estate and most of his horses in the early 1990s. He did so because he could no longer afford to dedicate himself to his horses. He had a new mission in life – to return to his home country of Lebanon to help rebuild its fractured society.

Though Fares went on to become Deputy Prime Minister of Lebanon between 1996 and 2005 under the premierships of Rafiq Al Hariri, Selim Hoss and Omar Karami, some of the auctions of his horses were not as successful. A few were not able to reach the prices they deserved, so Fares decided to hold on to them and reinitiate the breeding programme. The farm is now home to about 75 horses all of whom are mares, colts and fillies. Curiously, there is not a single stallion to be found. “The foaling process is done outside the estate at specialised stud farms. We only keep the females and young here as this keeps things much more calm,” says the farm manager Alain Plainfossé. Calm does not even come close to describing the serenity of the premises.

THE CHATEAU DATES BACK TO THE EIGHTEENTH CENTURY, ALTHOUGH MANORS PREDATING THE PRESENT ONES EXISTED ON THE EXACT SAME SPOT

Haras is French for a horse farm and these fertile lands of north-western France have long attracted affluent horse breeders. Famous horsing families such as the Agha Khans, Niarchos, Rothschilds and Lagardères have all raised race winners on these lush green meadows. But, truth-be-told, Normandy’s finest equine champion is Issam Fares’ very own Miss Alleged. The offspring of renowned Alleged, the two-time back-to-back champion of the Prix de l’Arc de Triomphes, defeated nine international champions at the Breeders’ Cup Turf in the United States in 1991. She immediately went on to win another Grade 1 event at the Hollywood Turf Cup and was later decorated with the Eclipse Award for Best Female Turf Horse of 1991. Miss Alleged continues to breed offspring and a champion is still, hopefully, in the making. 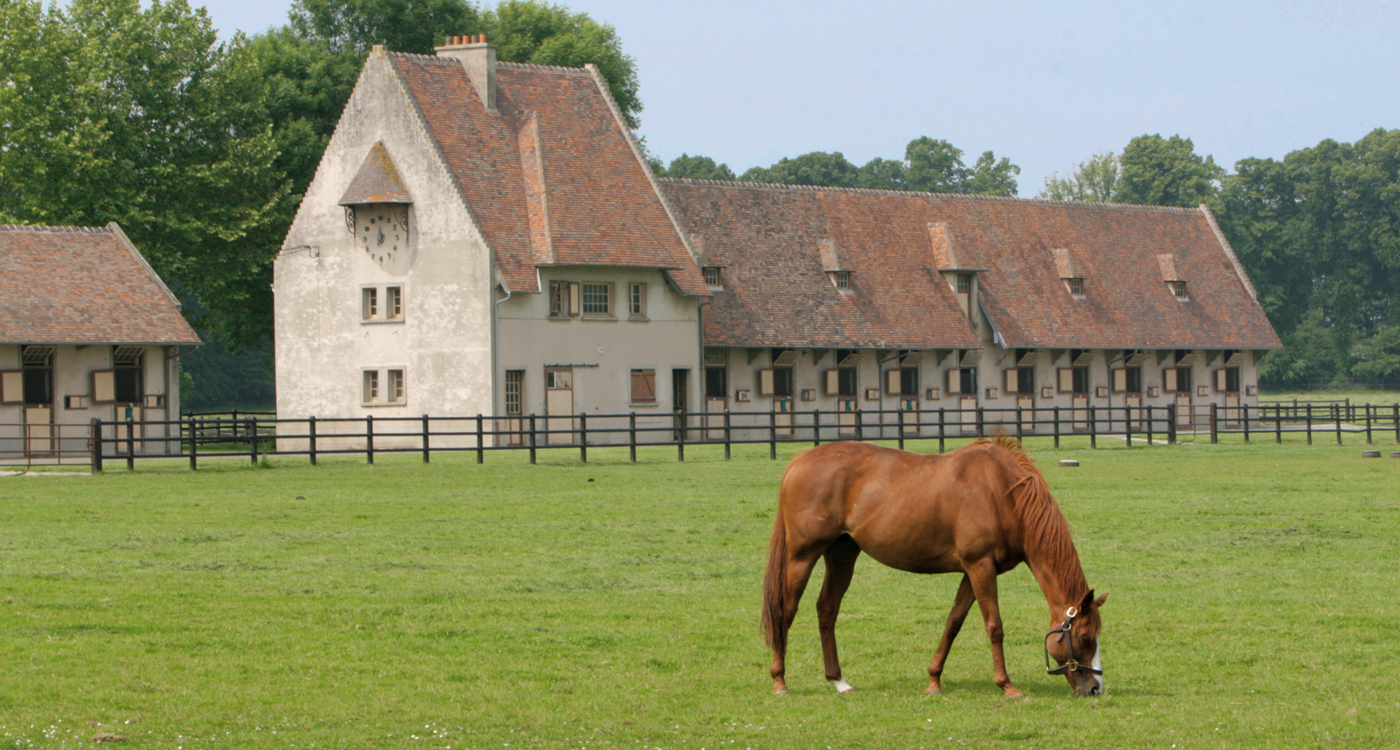 When you arrive at the Fares estate you enter through wonderfully simple and elegant white wooden gates that open onto a seemingly never-ending drive. The château dates back to the eighteenth century, although manors predating the present one existed on the exact same spot. Actually, the walls of some of the old stables can be traced back to the fourteenth century and the first building within the grounds is a charming but derelict lodge weathered by centuries of use that once served as a rest house and beacon for pilgrims on their way to Mont-Saint-Michel. 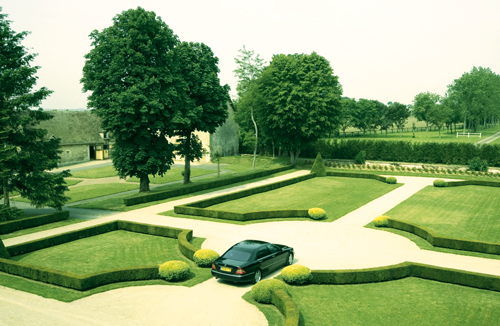 The estate is made up of 140 acres of which 100 acres are devoted to the very fortunate horses. On either side of the asphalt drive are well-tended grazing lands. The château regally overlooks a lake that can just be made out with the naked eye as you drive, or stroll, along the path. The lake is home to an eccentric lone swan that spends its days gracefully gliding along the water. “We originally had two swans, a cob [male] and a pen [female]. When the cob died, Issam wanted to replace him immediately so that the pen wouldn’t get lonely. But in fact she never accepted a replacement to her original partner and the new male is now banished to the outer limits of the stream while she ferociously guards her territory,” says Hala Fares.

The Fares family only visit the château once or twice a year. But when they take up residence guests are made to feel very welcome in a dedicated 14 bedroom guest house. “Due to our location of not being near enough to any hotels, it was necessary to build somewhere for guests to stay. So we converted the stables adjacent to the château into a guest house,” explains Mrs. Fares. One rather innovative idea was to build an underground passageway between the two residences so as to eliminate the need to brave the elements when journeying back and forth. “When we bought the haras, the château was in such a dilapidated state it would have taken about three years to restore it appropriately. We decided to do the bare minimum and keep things simple so that we could use the house in the interim,” she adds. Nonetheless, the château is exquisitely in keeping with its history while somehow adhering to an unfaltering simplicity. “Now that we are very much back in the horse industry we are spending more and more time here and I am looking forward to doing extensive renovations to return the château to its former glory,” enthuses Fares.

The estate is replete with history. During the Second World War the château served as a hospital for the Allies. In fact, the walls that line the outer- limit of the grounds bear testament to a US tank that preferred to forge through a facade rather that politely go around it. Even to this day the fields bear the scars of war; there is one spot where the marks of a German tank, blown up by the Allies, are still eerily apparent.

This is an idyllic home where true bliss is reached thanks to an equitable balance between Nature and Man. Issam Fares once famously said, “Only those who experience war fully appreciate the blessings of peace.” At least on this luxuriant and tranquil land, peace has forever been found. 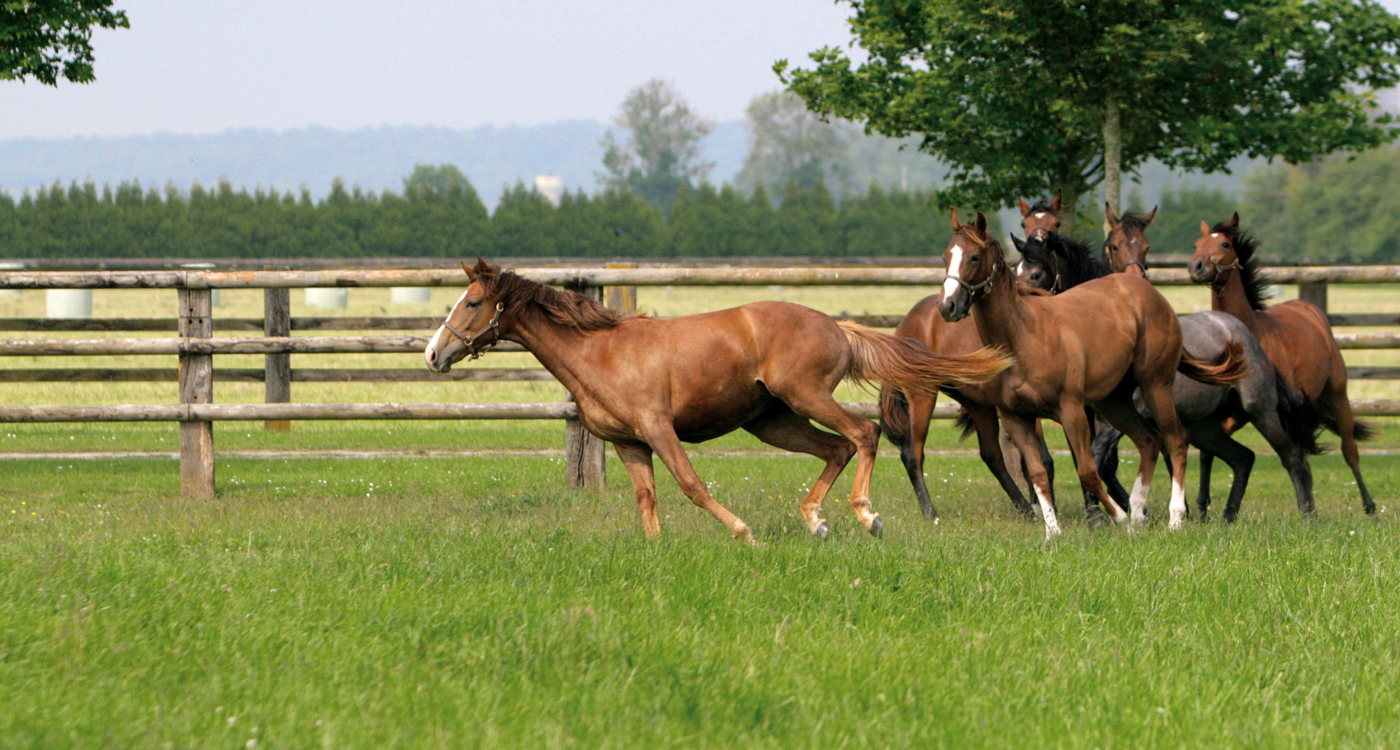