Places | Categories | Hotels | Anything but Ordinary: Iniala Beach House in Thailand is One of The Most Talked About Hotels in Asia
PLACES | Hotels 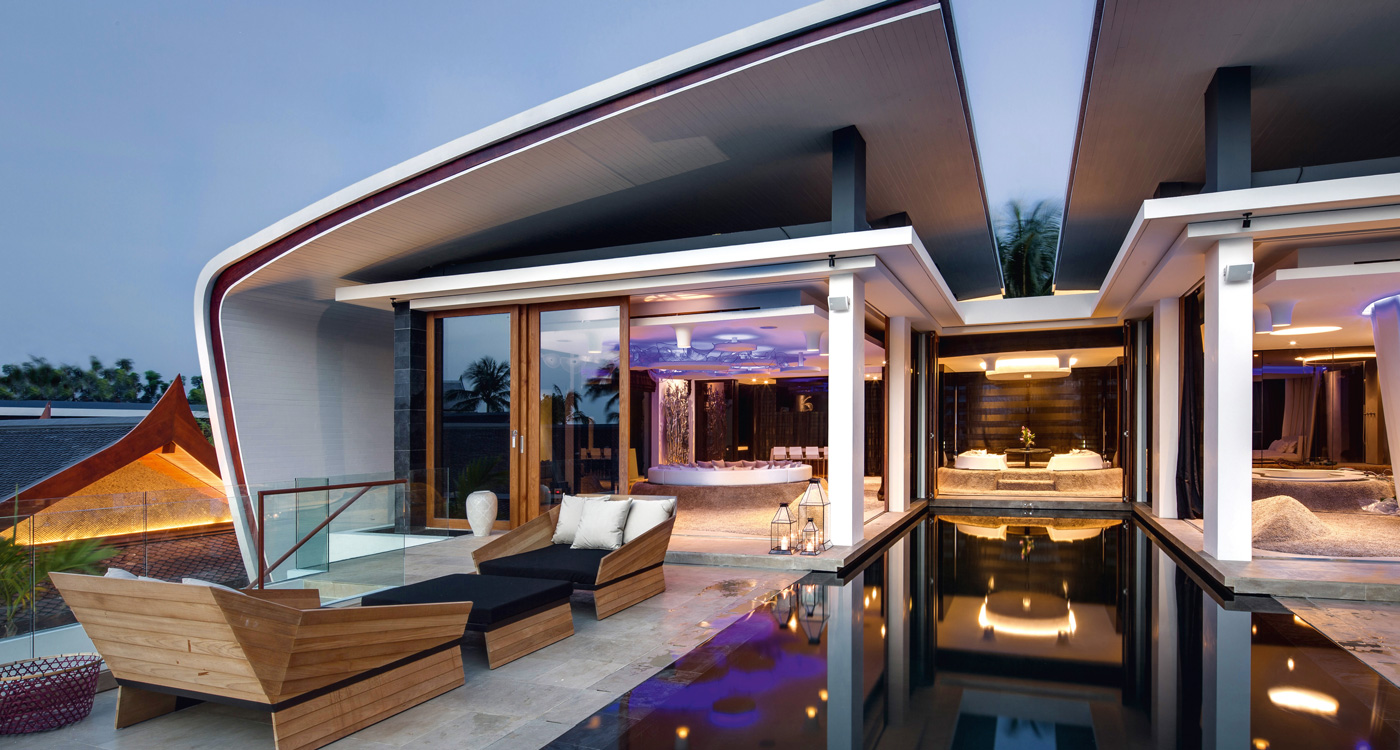 Anything but Ordinary: Iniala Beach House in Thailand is One of The Most Talked About Hotels in Asia
February 10, 2014 Warren Singh-Bartlett 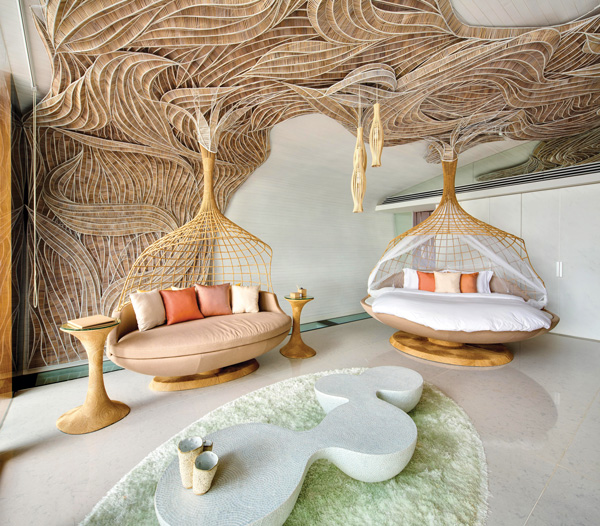 Designed by Eggarat Wongcharit, Villa Siam is a maximalist fantasy inspired by Thai culture and Buddhism.

Sometimes, as we grow older, only something really powerful, like falling in love or experiencing a tragedy, has the power to make us sit up and (re)think our lives. For Mark Weingard, a British investment banker who had made several fortunes for himself in Asia, it was a combination of both.

His first ‘there but for the grace’ moment came one bright New York September morning in 2001. After a sleepless night spent perfecting the online trading platform he was hoping to pitch to investors, it was only because he was running late that he didn’t make his meeting on the 79th floor of the World Trade Centre.

A year later, a post-birthday argument with his fiancée, Annika Linden – the woman he credits with riding to his emotional rescue – kept him from accompanying her on holiday to Bali, where along with 201 other revellers, she lost her life in the bombing carried out by Indonesian hardliners, the Jemaah Islamiyah.

Then in December 2004, sleeping off the Christmas celebrations of the night before at his beachfront home in Phang Nga, in southern Thailand, he was awoken by the sound of screaming.

Weingard’s first thought was that the sea sounded unusually close. Looking out of the window, he saw the first surge of the Asian Tsunami racing towards his room. “It was just very, very surreal. I was still in bed, naked,” he says, able after a decade to find the funny side of what must have been a truly terrifying experience. “I grabbed a pillow to hide my modesty as I ran out. We got on the roof and another wave came. We were all looking at each other thinking, what is going to happen?”

By then, Weingard had set up a charitable foundation named after his late fiancée, which worked with the children of the bombing victims. It had grown swiftly, thanks in large part to generous donations from the many people who employed him to help them manage their money. Following the tsunami, he extended its remit to include health, physical rehabilitation and educational initiatives. Recently renamed the Inspirasia Foundation, it now operates in Indonesia, India and Thailand.

Which brings us neatly to Weingard’s latest venture, the Iniala. This boutique hotel/hideaway on Natai Beach, north of the bustling island resort of Phuket, is aimed at well-heeled travellers and has been set up to contribute 10 per cent of its annual revenues to the Foundation. It is also just the first in a series of hotel resorts Weingard plans to start, all of which will be configured along similarly philanthropic lines. 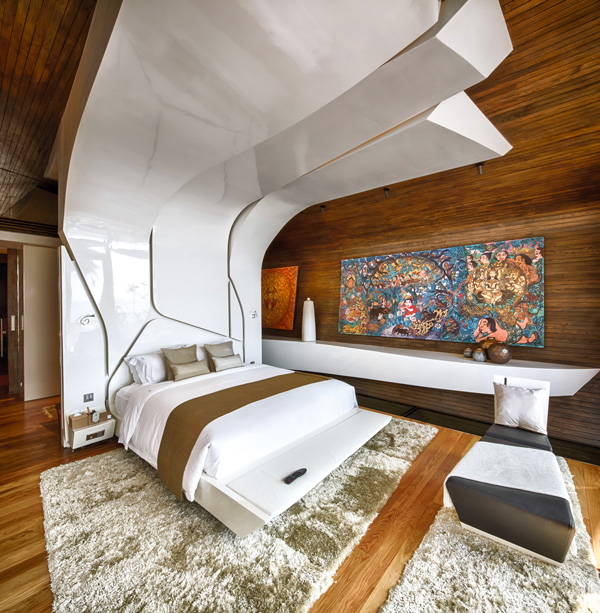 One of three rooms in the villa designed by Spanish architects, A-Cero.

When I first heard Weingard and his partner, Danny Drinkwater talk about their (then) upcoming hotel project in early 2012 at LE Miami, two things struck me. First, their passion. Weingard in particular almost glowed when he spoke about his plans for what sounded like the ultimate beach house for the rich and restless. Second, the scope of their vision. With a restaurant run by a triple Michelin-starred chef, a dedicated children’s hotel – American designer Chris Jones had been called in to craft a fantasy land of castles, pirates, jungle escapades and indoor treehouse beds – personalised activities and trips, individual butler service and rooms designed by different furniture, interior designers and architects – amongst them a number of global heavy-hitters – Iniala’s ambitions were evident.

Weingard’s presentation was sophisticated, delivered with the persuasive power of a (former) investment banker. Excited as I was, it did leave me wondering. This was, I thought, either going to be an hotel unlike any other or else the disparate visions of the designers would result in a stylish but stylistic mishmash – ‘dog’s dinner’, was the exact phrase that sprung to mind.

Of course, that misgiving was unfounded. Somewhere between an art collector’s home and a lavish bolthole, Iniala is a quiet triumph. Just three three-room villas and a penthouse suite – ten rooms in all – it’s the quintessence of intimacy, ideally suited to private bookings, which is precisely the market at which it is aimed.

From the outside, it’s the central villa, with its tiled roof and stylised lamyong finials that is the most traditionally Thai. The two flanking villas are more overtly contemporary, their tube-like walls curved upwards and inwards, like modernist seashells. Set amidst lush landscaping and arranged around a series of dark stone-clad swimming pools and water courses, Iniala sits just off the beach, a forest-fringed stretch of coral sand that slopes gently down into the translucent jade waters of the Andaman Sea.

Aesthetically, it’s quite particular. The varied design of the rooms and public spaces mean all won’t necessarily appeal equally. The antithesis of the homogenised ‘one size fits all’ era, their defiant individuality could be read as a weakness were the overall vision not so complete. As it is, the exuberant personality of each space makes walking around Iniala a succession of surprises. High-tech elements are hidden – the giant television screens behind specially sourced mirrors, the self-locking doors open with a code – permitting the craftsmanship and attention to detail to shine through.

For if it is anything, Iniala is proof of what money, vision and the willingness to allow artisans to experiment, can build. The design element is so present that rooms sometimes look like stage sets, a common design hotel meme but at Iniala, the visual impact never comes at the expense of comfort. Sofas look stunning and are a pleasure to lounge on. Beds read visually as flights of fancy but are great to sleep on.

The sheer variety means that there is a room for everyone. Fancy somewhere coppery and a little rockstar louche, albeit in an engagingly floral, curiously Steampunk way? Book sculptor Mark Brazier-Jones’ room. Have a thing for ethereal, sinuously sweeping furniture that looks as though it is about to sail across the seas to Valinor? In his room, furniture-maker Joseph Walsh has worked his whimsy on wood and resin, alike. Nostalgic for that Future that never came? Interior architect Graham Lamb’s extraordinary penthouse, with its bouncy patent foam/latex flooring, suspended bed, in-room infinity Jacuzzi, chainmail clad circular shower unit and giant sculptural fishtail-headed private pool is definitely made for you. 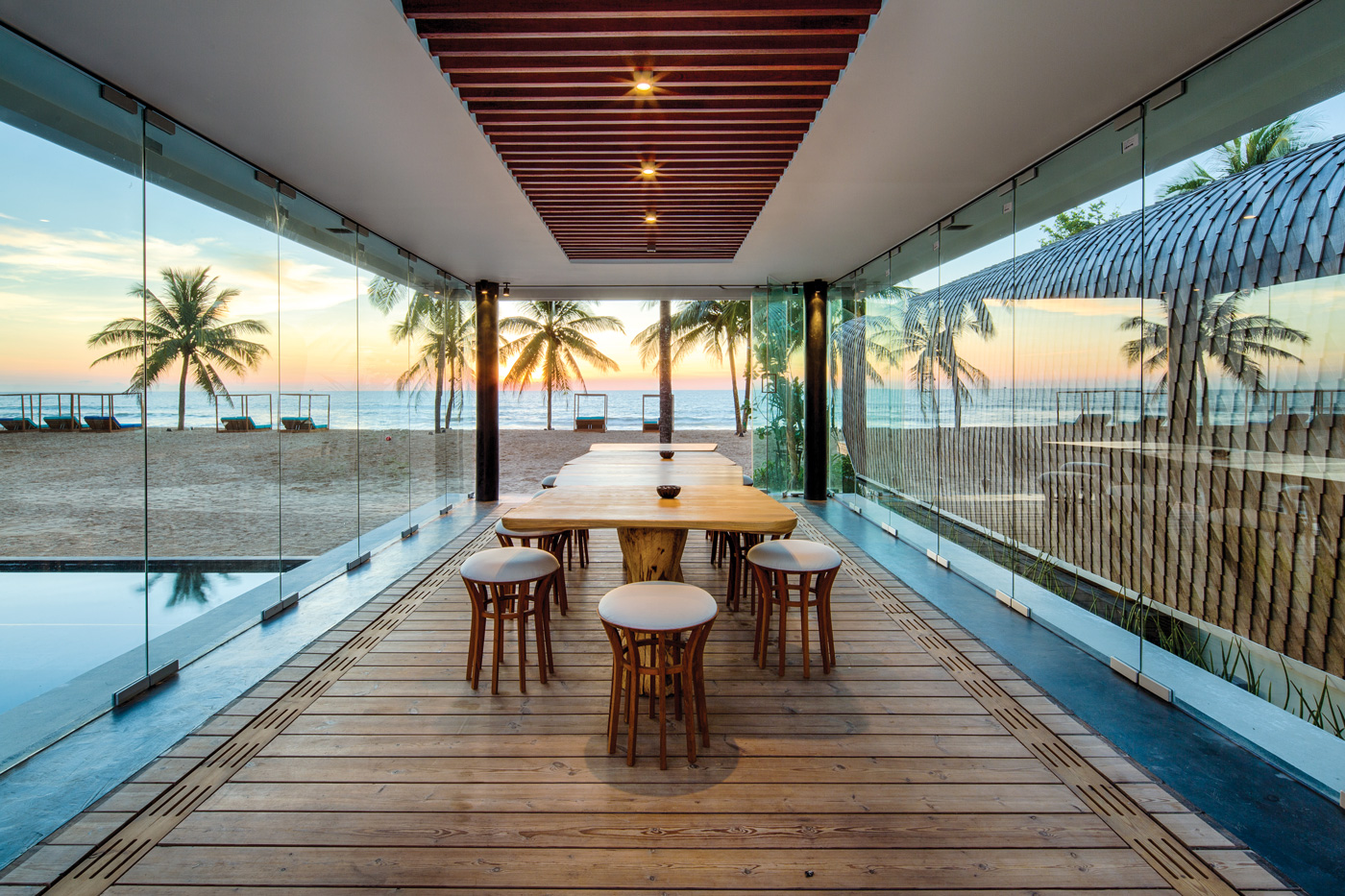 Art abounds. From original Warhols to paintings, sculptures and installations produced by some of the most sought-after names in southeast Asia, they are meant not only to be admired but, should the moment take you, purchased too, for the selection is designed to be regularly refreshed.

Finally, for this is a key element to any successful hotel, there is the food. As part of Iniala’s all-inclusive approach, this comes at you throughout the day, in waves. The breakfast buffet, served at the time you designate, with its profusion of fruits and perfect pastries (the in-house bakery is as big as the kitchen) and the light but somehow still sinful lunch menus, as well as the amuse-bouche left in your room, are courtesy of chef Sandro. The drinks, alcoholic or otherwise, are concocted by the convivial and knowledgeable in-house mixologist, Albert. And for kicking things up a notch, there is Aziamendi.

Designed by A-Cero, it is the sister restaurant to Eneko Atxa’s Azurmendi in Bilbao. Carefully adapted to tropical climes, the Basque-infused menu is chock full of the clever flourishes that won the 37-year-old three Michelin stars. Compact but carefully thought out, its crowning glory is the degustation menu, which not only plays with your palate and mind, it has you eating in the kitchen, in the gardens and on the beach, everywhere it seems, apart from at your table.

Weingard told me during his first presentation that his intention was to create a series of extraordinary environments. To that, he might have added unique, unexpected and playful.

With its sensual, jaw-dropping aesthetic, at times so overwhelming that you may feel compelled to laugh in giddy hand-clapping delight, its seamless service (butlers omnipresent but virtually invisible), daily massage packages and individually-tailored days, Iniala is not just a different take on the hotel, it’s a different take on being. Heightened, intense and yet supremely relaxing, a stay there will unkink any knot and leave you shaken, stirred and infused with the desire to take ever bigger bites out of life.