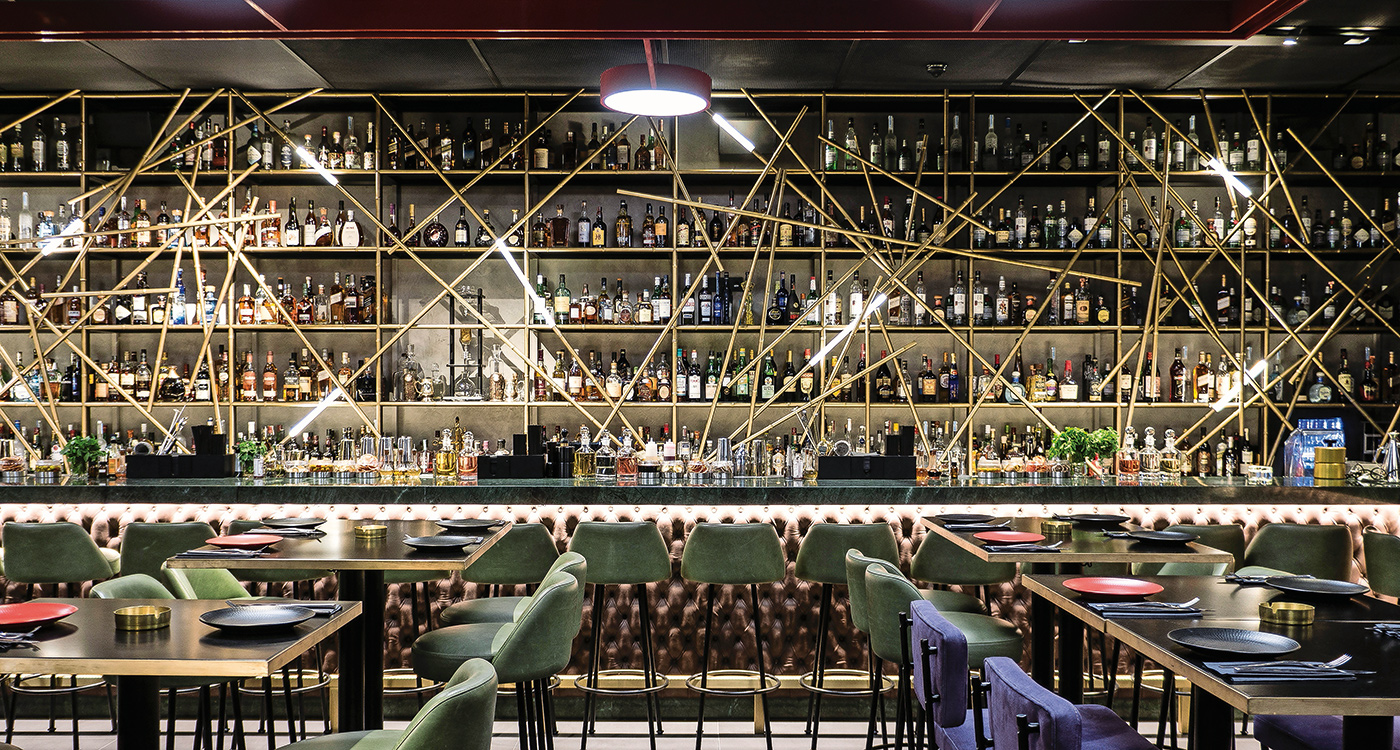 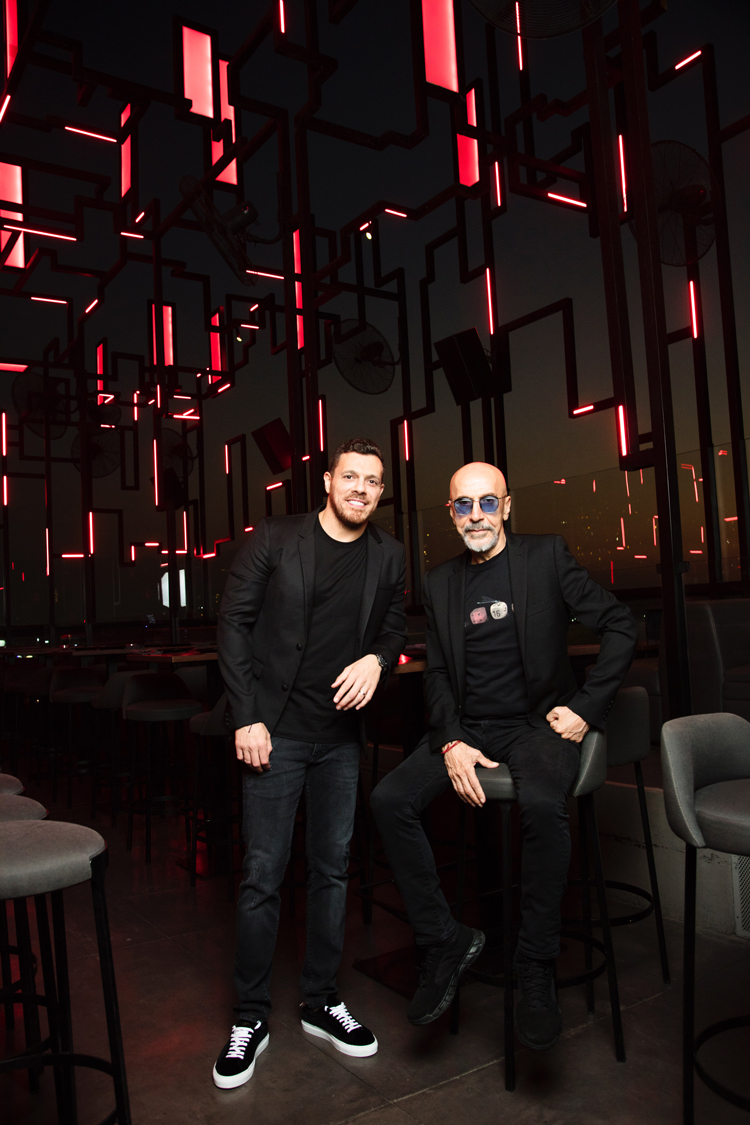 Gregory Gatserelia’s interiors are hard to pin down. Each of his projects differs wildly from the last in terms of palette, material, form and style but they are all united by an element of drama, a striking centrepiece or bold fixture on which the rest of the surroundings hinge.

Given the splendour and almost baroque grandeur of many of Gatserelia’s designs, it’s a surprise to learn that when he studied design in Lebanon in the 1970s, the focus was on minimalism. It wasn’t until he founded Gatserelia Design in Toronto in 1985, along with his brother Alexander, that he realised that the city was full of spaces designed in accordance with the dictate “form over function.” Gatserelia decided that what the city needed was a completely different approach. “I decided that no matter what period or what style, if it’s well done and it will seduce people then it’s fine,” he says. He began to work with rich materials and bespoke centrepieces, fusing Oriental and European influences and designing luxurious furnishings to match his dramatic interiors.

In 1996, when Gatserelia moved back to Lebanon, he continued to work in the same vein, quickly expanding Gatserelia Design across the Middle East, North Africa and Europe. As well as receiving multiple awards, Gatserelia has also been selected as one of the top 100 interiors designers worldwide by Architectural Digest four years in a row. After more than 30 years as a designer, both of furniture and interiors, his approach is one of constant reinvention. “We live in a very interesting time because until the 1990s everything was defined by decades: you had the ’40s, the ’50s, the ’60s,” he reflects. “Nowadays there’s no definite style, it’s only the story of the design. You can be very classical and be trendy or be very modern and be trendy. It’s about how you build your story and how you tell it.”

Furnishings designed by Gatserelia himself are often paired with handpicked pieces by either talented emerging designers or vintage Italian masters like Gio Ponti and Alessandro Mendini. This summer, Gatserelia began collaborating with Monaco-based Gate 5 Design Gallery, which specialises in historical Italian design from 1930 to 1970, as well as working with talented contemporary designers to create exclusive collections in collaboration with prominent curators. 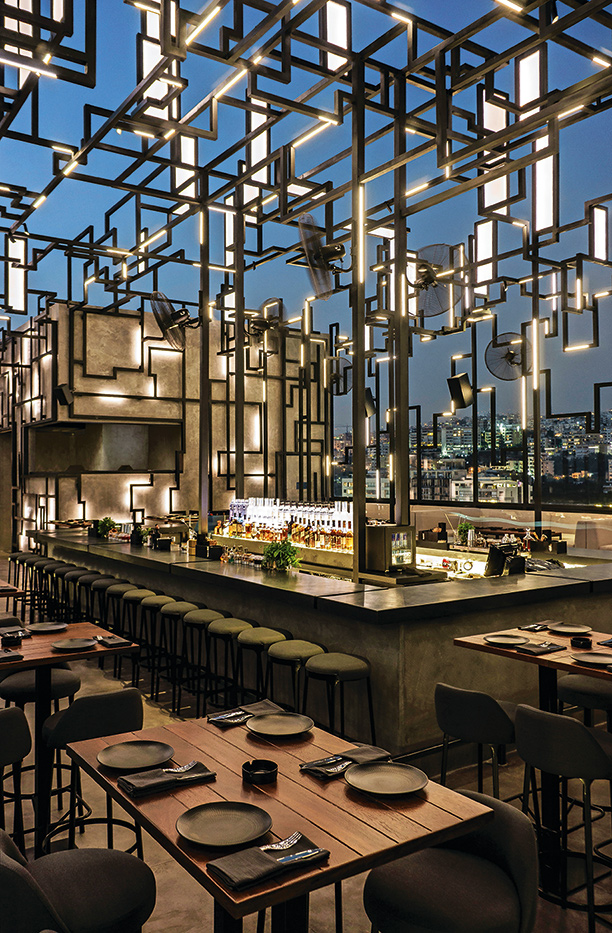 Offering a sophisticated mix of sweeping views, contemporary cuisine and a lively bar, Spine has a minimum age requirement of 24.

One of Gatserelia’s most recent and spectacular designs is Spine Beirut, a rooftop lounge bar that opened this summer in Antelias, six kilometres outside Beirut. The owner gave him carte blanche to design the space however he wanted. Inspiration struck at an unlikely moment. “It’s very difficult to give a mood or a feeling to a space where there are no walls and no ceiling,” he explains. “I was observing a huge birdcage one day, with so many exotic, colourful little birds playing inside, and that was my concept: to create a cage, but a cage that looks like a city.”

The result of this surreal vision is a spectacular sculptural mesh of steel that rises above the central bar and soars over the whole rooftop, enclosing partygoers within its loose form while keeping the open-air feel of the club. Rectangular light boxes come on at dusk, their gentle glow gradually brightening as the sun goes down until the steel beams melt into the darkness and all that can be seen is a canopy of floating lights. As the evening progresses their simple, monochromatic glow gives way to a dynamic sequence featuring dozens of colours and patterns, creating a spectacular visual show.

“I wanted to see all the people dancing, caged but without feeling claustrophobic or uneasy, because it’s quite high,” says Gatserelia. A glass surround provides a sense of enclosure without shutting out the spectacular views. After dark, the lights of the club reflect on the glass, creating a mirror effect so that the dancing patrons can spot ephemeral glimpses of themselves as exotic, colourful birds in a beautiful glowing cage.

The innovative design has already earned Gatserelia an invitation to speak at a prominent regional conference and in July it was shortlisted for a coveted Interiors Award by architecture platform Dezeen, one of 207 projects selected from more than 3,500 entries spanning 91 countries. With multiple projects lined up for the coming months, including a resort in Ras al Khaimah in the U.A.E., an apartment in London, and an international chain of boutique hotels, Gatserelia shows no sign of slowing down. “I like to entertain, I like to surprise. That’s what stimulates me,” he says. “As long as it’s fun and it’s an adventure I will keep on doing it.”