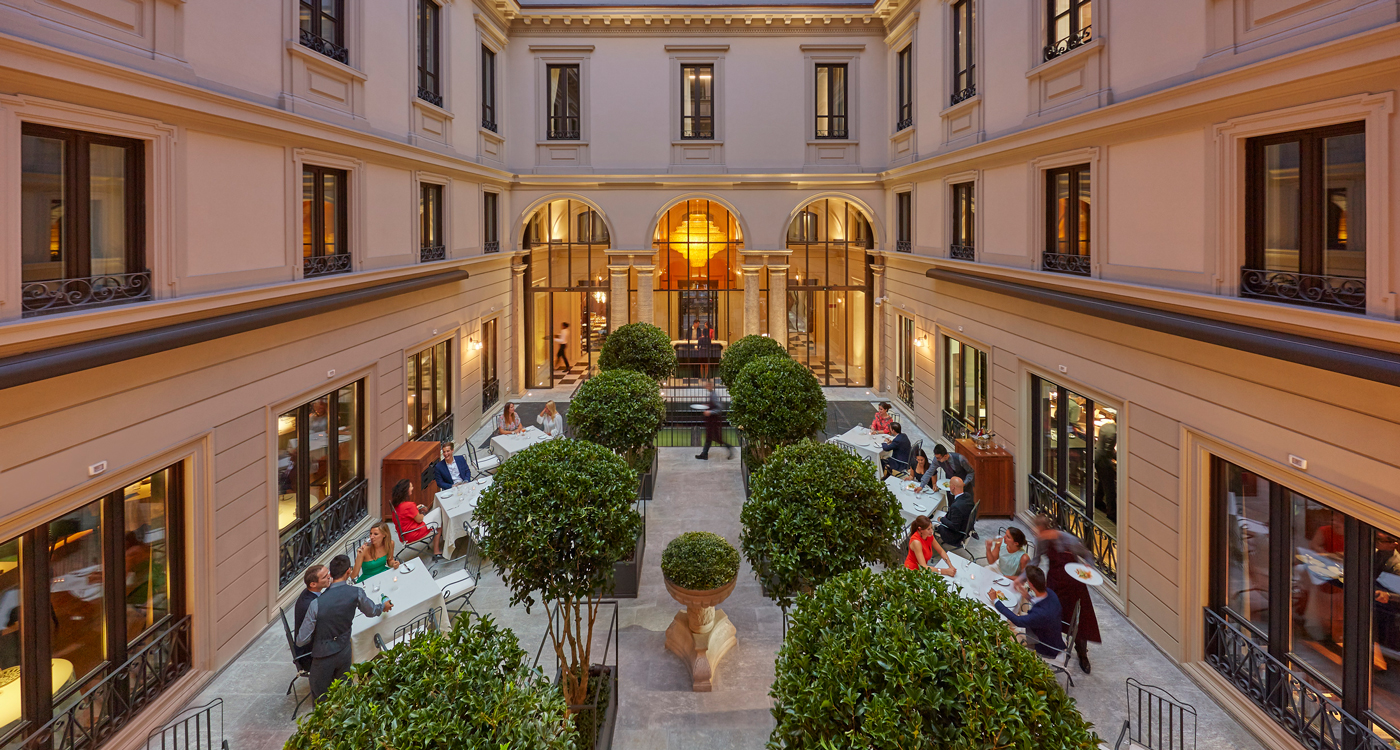 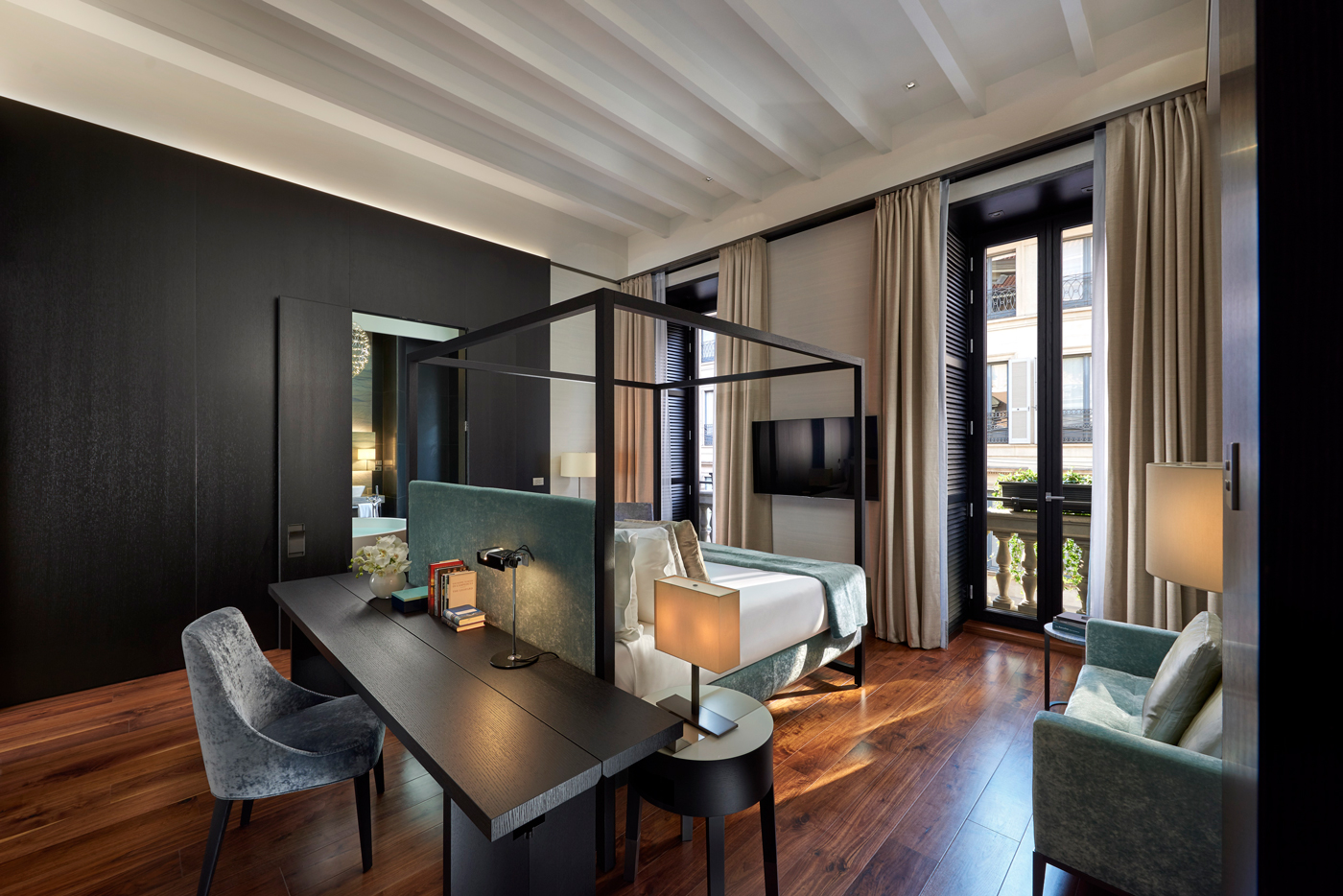 Milan doesn’t have it easy. Competing against the likes of Venice, Florence, Rome, Portofino, Cinque Terre and the Amalfi Coast is not an easy task and for too long, the country’s business hub has simply been dismissed as the ugly duckling of Italy. Yet there’s been something of a renaissance of late and Milan’s skyline is coming to life with a breath-taking architectural juxtaposition of modernity and antiquity.

Of course, the much-needed makeover is somewhat due to the fact that when the city hosted the 2015 Expo, there was a strong push to rejuvenate its image and attract new investment. So, while you can still enjoy the gothic splendours of the Duomo cathedral or the grand glass-vaulted arches of the Galleria, there are new marvels to take in like the Bosco Verticale (Vertical Forest), a pair of award-winning apartment blocks whose balconies bloom with trees and plants, then there’s the lower-profile new Mandarin Oriental. 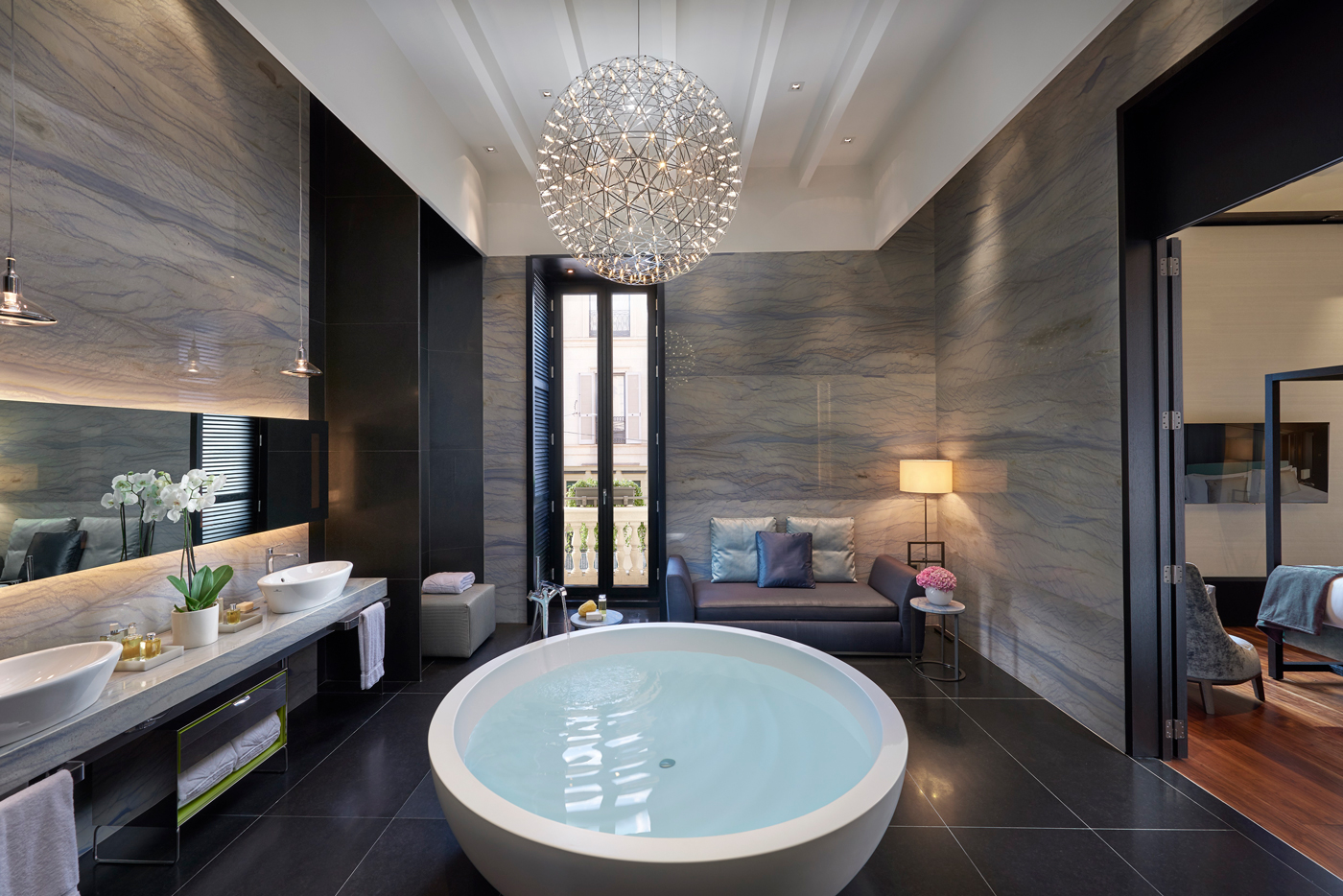 Built just in time for the World Fair and situated in the heart of downtown, around the corner from the Bulgari, this five-star hotel occupies four 18th century buildings, which once formed the headquarters of a bank. The original coat of arms of the Lombard provinces are still visible in the inner courtyard and there are entrances both at the front (for cars and pedestrians looking to make the short walk to the La Scala Opera House) and at the back (for pedestrians wanting super-fast access to Armani’s flagship Manzoni megastore).

The Mandarin’s exuberant interiors were conceived by the prestigious architectural firm of Antonio Citterio and Patricia Viel, who also happen to be the team behind the Bulgari. But whereas that one reflected the Milan-based designers’ signature muted elegance and refined palette, this new project presented a far greater challenge, as the brief was to be both playful and nostalgic. “There’s a lot of surface decoration at this hotel, which is unusual for us,” says Viel. “But as a brand, Mandarin Oriental wants to offer a rich experience based on the local culture, rather than have a consistent or recognisable look.”

The designers say that while they have taken on many large-scale, ground-up construction projects around the world, they try to work as much as they can in their home city. Still, their biggest draw to the Mandarin Oriental project was the opportunity to dive into the city’s rich design history in order to conjure up a new take on the traditional Milanese mansions of the early 20th century. The result of their work is a property with an abundance of diverse environments, from a colourful concierge area that greets guests upon arrival, to suites that pay homage to the spectacular work of Milanese designers Gìo Ponti (a Bespoke favourite) and Piero Fornasetti, to the quite mad black-and-white geometric marble-tiled bar. There are 104 rooms spread over five floors, including 34 suites. And, rather unusually, it is the lowest floors that sell out first here due to their extraordinary ceiling heights. The designers explain that this oddity is in fact common in traditional Milanese upper-class houses, because the owners used to live on just the first couple of floors while the top-most floors were dedicated to the servants’ quarters. To get around this, Citterio and Viel ingeniously added some much-needed sexiness to the upper floors by fitting them with floor to celling sliding windows that open onto courtyard-facing terraces.

Our stay was on a lower floor, with a junior suite that featured a neutral palette of beiges accented with some soft purple flourishes, oak-lined walls, parquet floors and a gorgeous grey marble bathroom. The bed was supremely comfortable, the sheets were clearly of the high thread count variety and the cleanliness of the room was absolutely faultless.

Food and service are Mandarin strong points, as is the overall calibre of the staff, which includes dedicated shopping assistants that can get you inside access to any of the shops or goods in the city. Unfortunately, we didn’t have time to sample Seta, the restaurant led by acclaimed chef Antonio Guida, but we did try a few of his dishes at the bar including one that has lingered in my memory ever since – a totally un-rubbery and incredibly juicy serving of octopus, served on a bed of creamy mashed potato.

As you’d imagine, given the Asian roots of the Mandarin hotel chain, it is the spa that really sets this property apart from any of the competition. Its design incorporates the five key elements of Feng Shui philosophy including wood, fire and water, the treatments are developed with traditional Chinese medicine specialists, there’s a majestic indoor swimming pool, and the fitness centre features only the latest Technogym equipment.

Speaking of competition, there’s no denying Milan presents a pretty tough playing field when it comes to hotels. There’s the Four Seasons, Bulgari, Armani and then there are insider favourites like the Palazzo Parigi and Magna Pars but, the Mandarin Oriental offers impeccable location, impeccable service, stylish rooms and competitive rates, putting it somewhere at the top of the list. And, don’t believe the ugly duckling myth. Milan is your kind of city.