Places | Locations | Germany | A Favourite Among Germans but Little Known Outside Europe, Schloss Elmau is a Cultural Retreat that’s Perfect For a Reboot
PLACES | Hotels 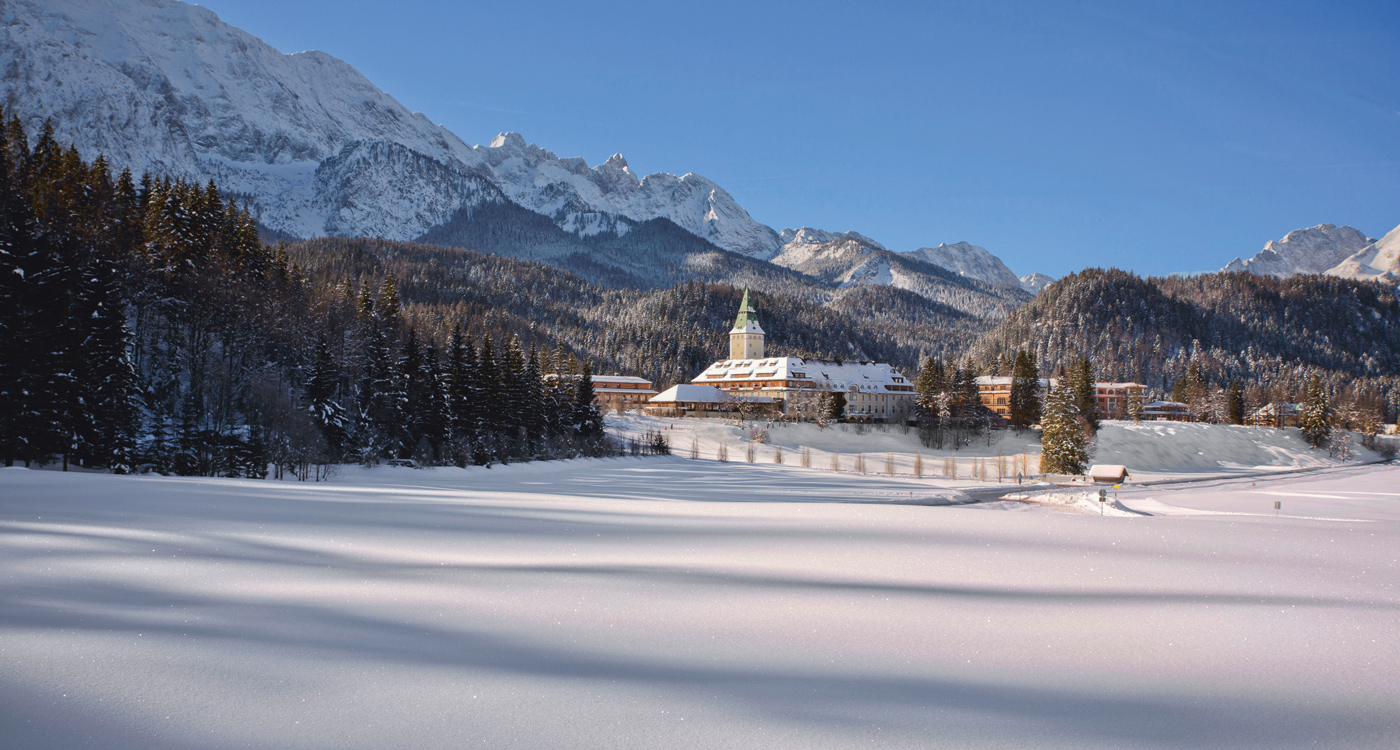 A Favourite Among Germans but Little Known Outside Europe, Schloss Elmau is a Cultural Retreat that's Perfect For a Reboot
March 27, 2020 Nicolas Shammas

If ever there was a perfect hotel to visit in time for our Born Again issue then it is Schloss Elmau in the Bavarian Alps. [Oh, and speaking of timing, it’s nice to know Lady Luck is on our side, as our visit took place in early-February 2020, just a few weeks before the coronavirus pandemic ripped through Europe.] The hotel is located around a two-hour drive from Munich International Airport and it has some historical significance in that it was built in 1916 by the philosopher, theologian and writer Dr. Johannes Müller, who had conceived it as a retreat for his family, his readers and his classical musicians friends. 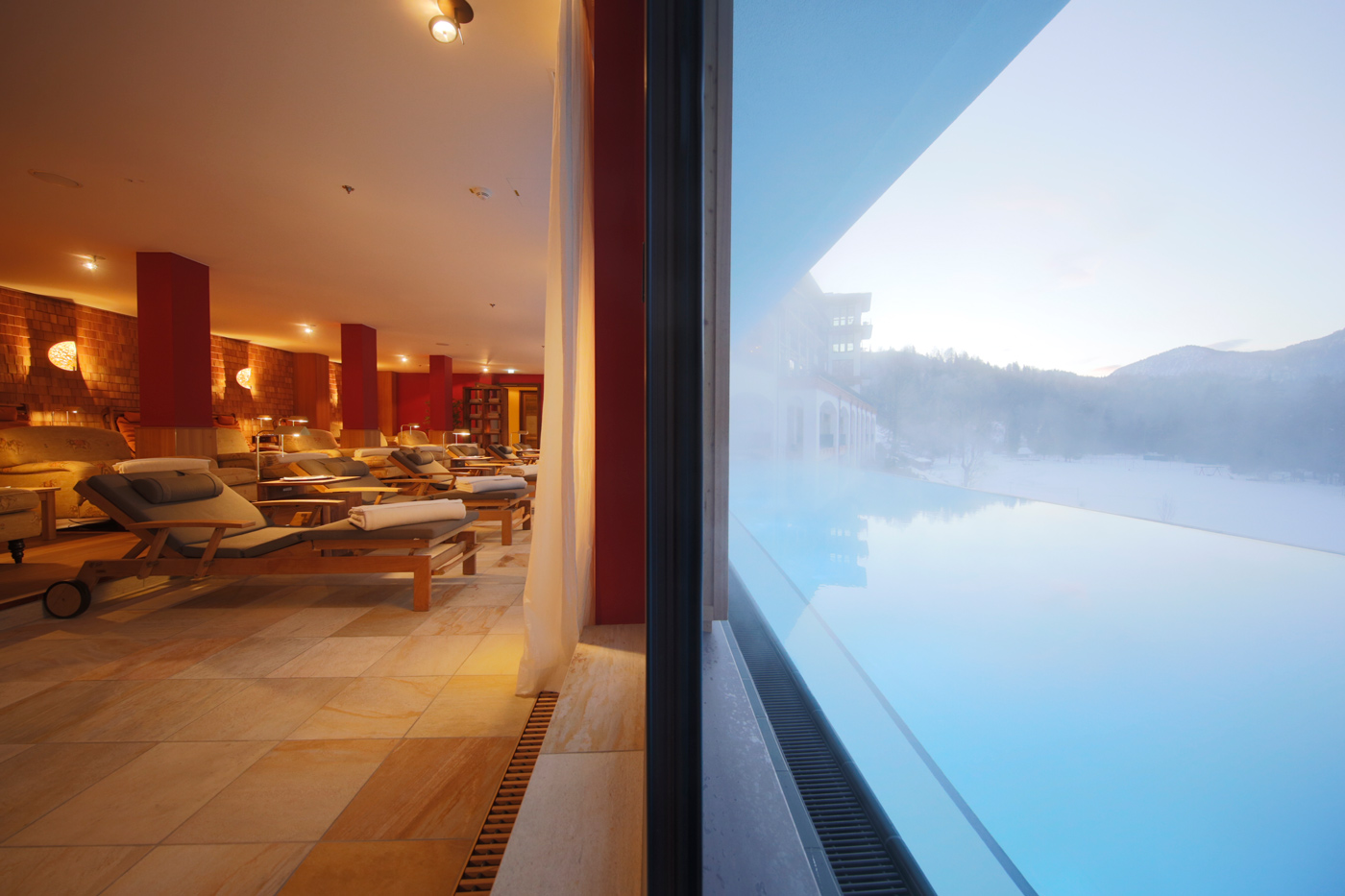 “Dr. Müller wanted Schloss Elmau to be a space for the development of personal and communal life free of any ideology, where those interested in his writing and lectures would come together to transcend the self-centeredness of their egos and become aware of silence as the essence of being by listening or dancing to classical music or gazing at the beauty of untouched surroundings,” explains some informative hotel literature that I picked up upon arrival. But 89 years later – in the early hours of August 7th, 2005 to be exact – the castle set ablaze with a massive fire that they later worked out had been caused by a faulty electric blanket belonging to the manager of the time, Ducci Mesirca. The combination of the fire itself, and the damage caused by the copious amounts of water required to extinguish the inferno, meant almost 70 per cent of the property was destroyed. Luckily however, that was not the end of the Schloss. 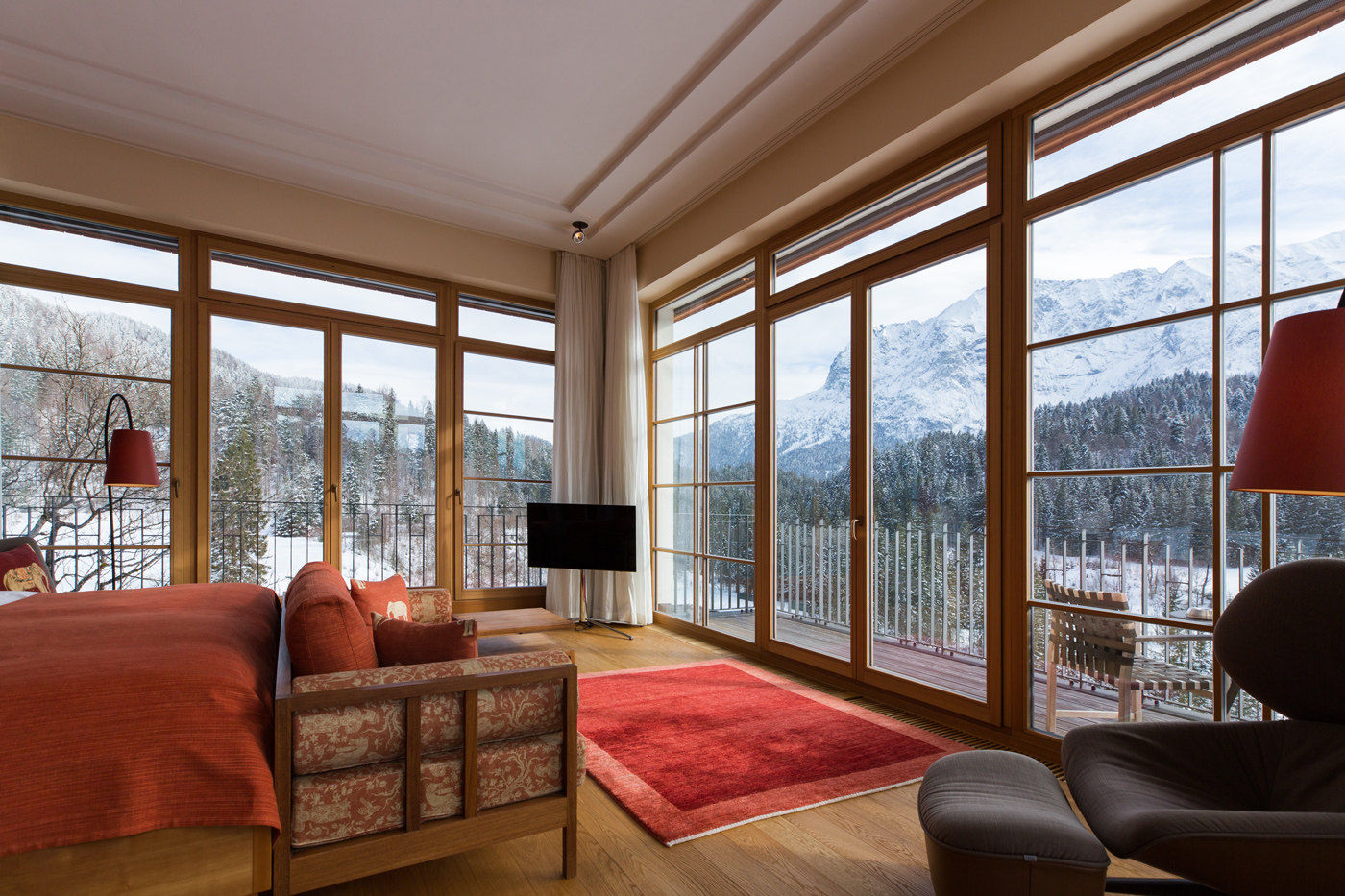 You see the current owner (since 1997 in fact) is Dr. Johannes Müller’s grandson, Dietmar Mueller-Elmau. He is the entrepreneur behind Fidelio and Opera, the global market leaders in hotel software. Interestingly, he had sold his company in 1995 to Micros in the US (who in turn were acquired by Oracle two decades after that). And his qualities of having very deep pockets and an even deeper knowledge of the world’s best hotels (his work with Fidelio obliged him to visit clients and potential clients – i.e. hotels – all over the world), put him in a unique position of having the gumption to to rebuild the place, and in an even better way than before. 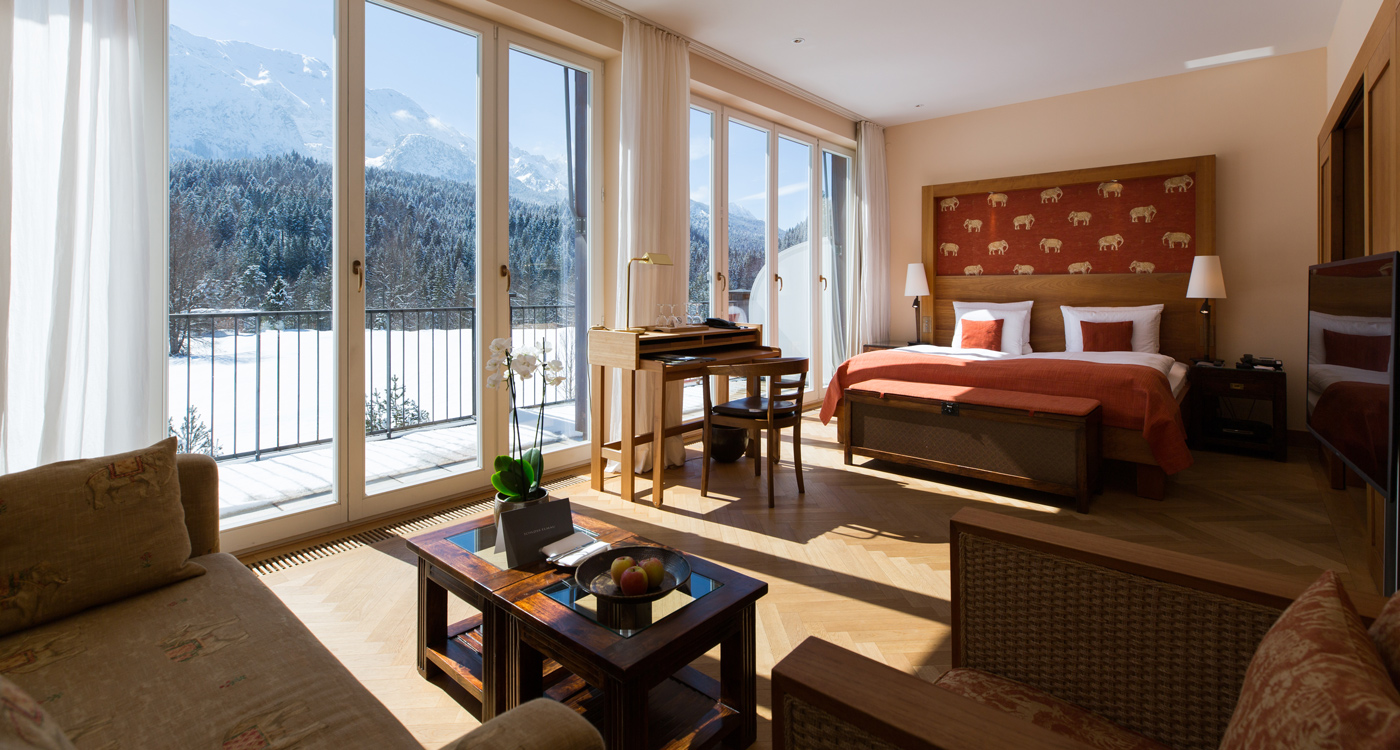 The Schloss Elmau of today takes the restored castle (which re-opened in 2007 with 75 keys) and its amazing concert hall, library and adds to it all the latest mod-cons, an almost Asian aesthetic and one of the finest spas in the world. But Mr. Mueller-Elmau did not stop there. In 2015, he added the Retreat (just before he hosted a G7 Summit at the property), which is like a hotel within a hotel, and as much part of Schloss Elmau as it is a world of its own with 47 suites, two restaurants and lounges, a library, gym, yoga pavilion and another spa with separate areas and pools for adults, women and families. 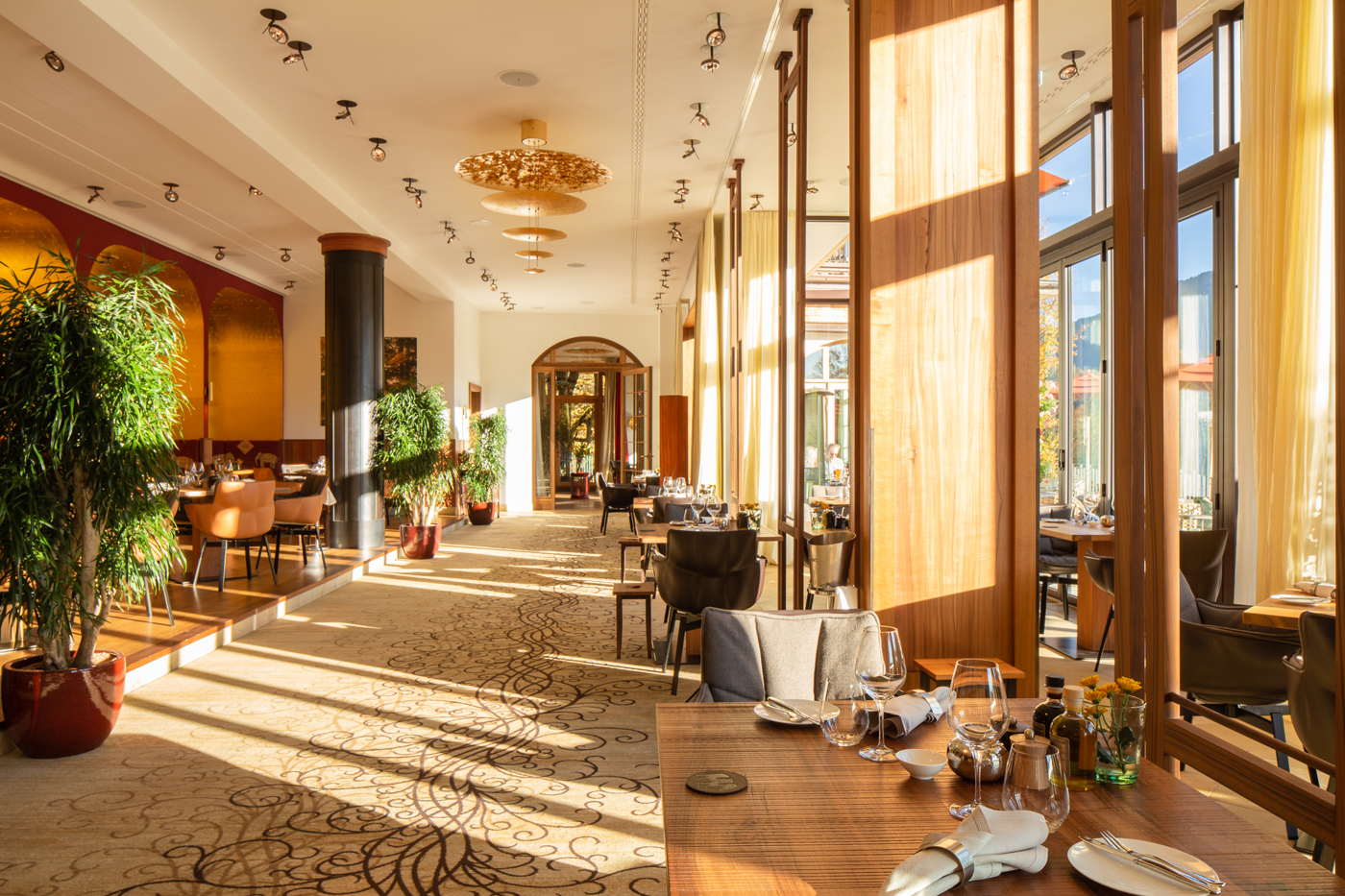 In many ways, Schloss Elmau is like a Bavarian Aman but for a third of the price. (And the food is fantastic unlike so many Amans). The rooms are immaculate – think hardwood floors, softened by brightly coloured rugs, beautiful lighting and elephant-themed materials in a warm palette of rusty orange, deep red and sunshine yellow. But the interiors aren’t the story here – the wow factor is the world beyond your window, which is most probably why the windows are nearly all floor-to-ceiling here. And even if it is located in its own reserve, far away from anything or anyone else, there is so much to do at the Schloss Elmau. Days can be spent hiking, skiing, doing langlauf, sledding, biking (on their studded-tyred, snow-equipped electric bicycles), swimming in bath-tub hot outdoor pools, doing world-class spa treatments, or simply curling up by the fireplace with a good book. What’s more the entire family will love it. That’s because the in-house ski school can take you and fetch you from ski school every day, there are daily activities planned with capable minders, and the award-winning kids’ club allows you to simply drop off the little ones and do your own thing whenever and for however long you like. But that’s not all, the all-singing all-dancing concert hall is a cultural hub not just for musicians but artists, authors and intellectuals too. And did I mention that they have three libraries and probably the most impressive hotel bookshop I’ve ever seen? Honestly, it’s not to be missed.