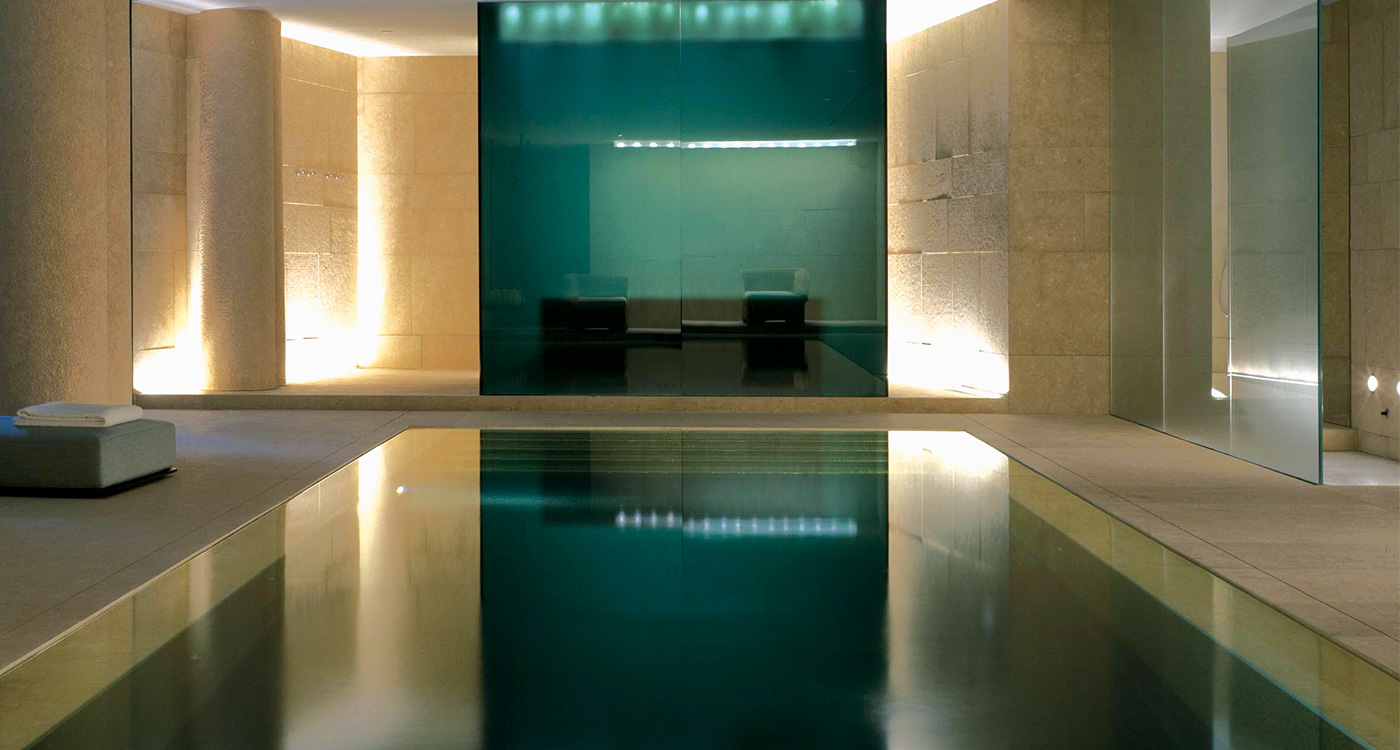 Bulgari's First Ever Hotel is An Impressive 58-room Establishment Aiming to be the Town Jewel
January 19, 2007 Ziad Taha 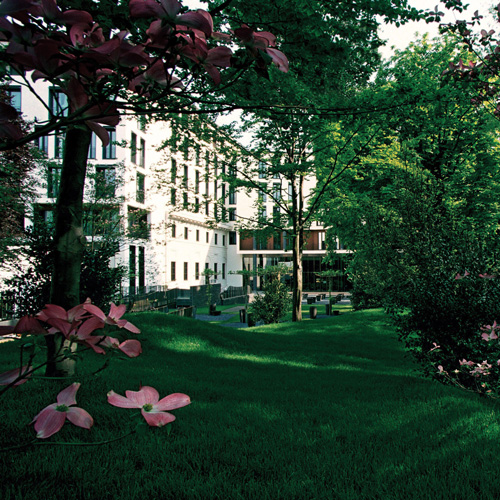 Milan, once grey and smoggy is now heralded as the city of Italian chic and great northern cuisine. With the new collections come new shopping sprees but away from the parade is a boutique hotel stunningly combining fashion and fastidiousness and without any fanfare.

Fashion is an imperial pursuit. No longer solely content with designing haute couture and casual wear, the biggest designers from Armani to Missoni and the wilder Versace are also designing – in an up market Orwellian Big Brother manner – the way you should live. We’re talking a very expensive and exclusive formula. At least, that’s the feeling you get when you stay at fashion-conscious Milan’s most notoriously hip hotel, the Bvlgari Hotel which is nestled away on a private street overlooking the botanical gardens.

The relatively small 58-room hotel is best described as understated yet very much upscale. Unfortunately, the service is not always up to par for a multi-star hotel, though this is more symptomatic of European service in general than of Bvlgari falling short. The building is made up of three sections; the oldest of the three façades dates back to the 1700s and is partly visible.

From 500 Euros or 650 USD a night for a regular room, the hotel is not for the average visitor looking for a bargain on this season’s collections. This hotel’s guests are travellers who love to be stylishly enveloped in sophistication, simplicity and, well, black and neutral colours from the time they enter the reception area to the point when they slumber on beautifully soft sheets and pillows.

True to the spirit of the jewels themselves, great care was taken to select the right kind of tiling and design materials. Anything less from such a pioneering jeweller would indeed be disappointing. The Zimbabwe black marble, a major theme throughout the premises, is at first glance harsh but not unpleasant – predominantly because it is matt. The darkness is somewhat countered by lighter woods such as the solid teak and oak used in the bedrooms. The in-house spa uses more classical Vicenza stone and the striking Turkish Aphyon, but touches of the spectacular comes from the green glass hammam and the real gold mosaic-lined pool.

The Bvlgari Hotel was drawn up by the much-lauded and avant-garde Antonio Citterio, a Milan-based architect and designer, best known for his work for furniture company B&B Italia. Citterio manages to define Milano cool in this private townhouse-like gem of a hotel. 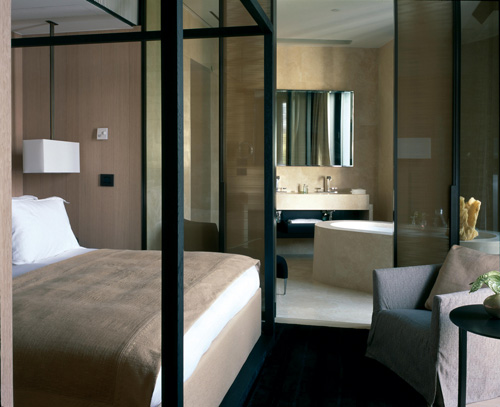 Being the only hotel in Milan with a garden doesn’t sound like much, but the tranquillity it bestows on you during your stay makes you fully appreciate the beauty of a garden further emphasised by the large adjoining Botanical Gardens. Sitting out on the terrace or at the bar, sipping an aperitif or degusting the house lemon and vanilla flower risotto or the sumptuous spaghetti pomodoro bequeathed with subtle zests of lemon and chilli should be one of the first items you have on your ‘to-do list’.

Your next step should be to visit the hotel’s unique spa. Access is, of course, free for guests. Sadly, on the occasions that I stayed at the Bvlgari, I found it next to impossible to book a massage on a whim. Failing a journey to the spa, you could always soak in the expansive bath but allocate a lot of time. The water streaming from the faucets is not fast enough to rapidly fill a tub of this size. Also, indulge yourself with the bubbles. It may be a luxury for other hotels to stock Bvlgari bath amenities, but here it is the house brand, so take advantage.

The hotel is the result of a successful partnership between two of the best known names in luxury – the Italian exclusive jeweller and the premiere award winning management company, The Luxury Group, who also run the swanky but more omniscient Ritz-Carlton chain. The Milan boutique hotel, which began welcoming well-heeled patrons in 2004, is the first in what appears to be many more dotted throughout our planet’s most exquisite destinations. The second resort in Bali opened its doors to a discerning niche clientele in 2006.

One thing is for certain, if a stay at the hotel in Milan is anything to go by, then, the aforementioned Big Brother would thankfully be smelling of Bvlgari’s alluring eau de toilet BLV and clad
in the most expensive well pressed suits and shiny crocodile leather shoes. 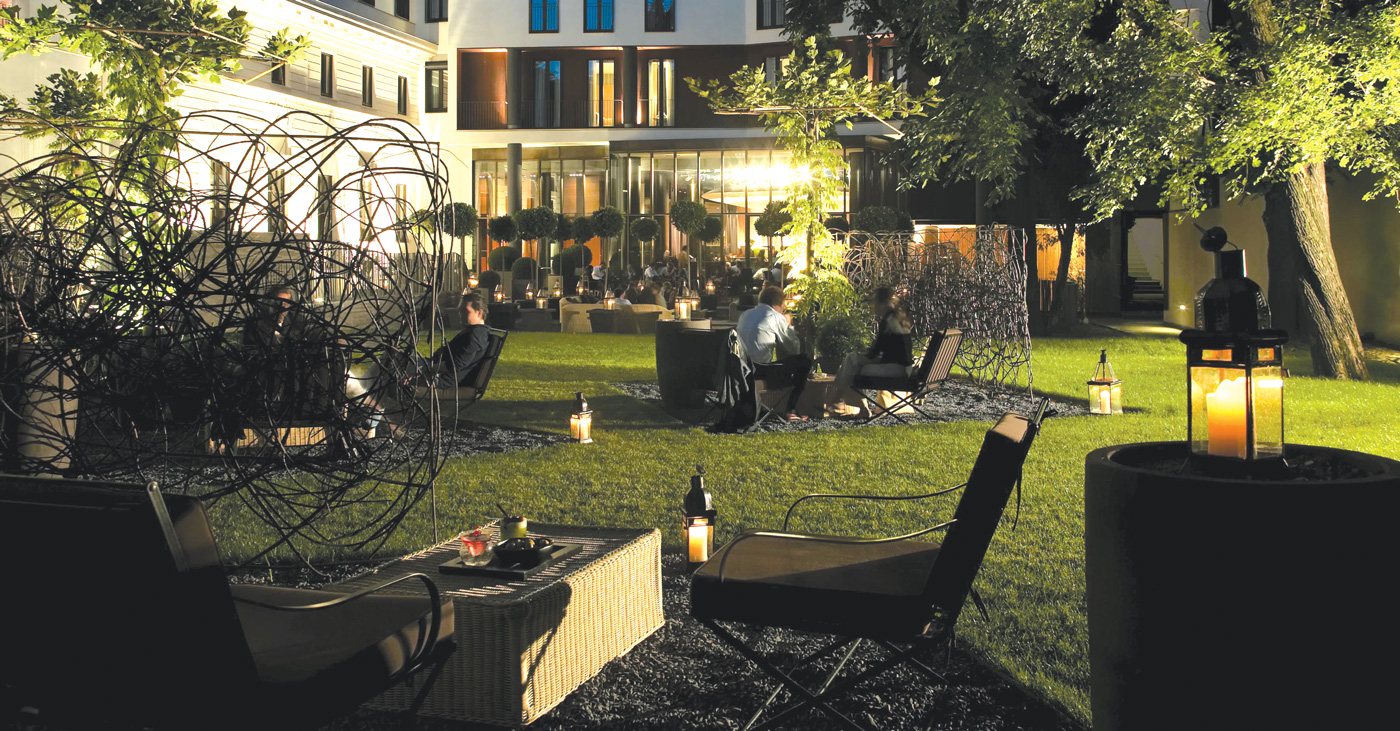