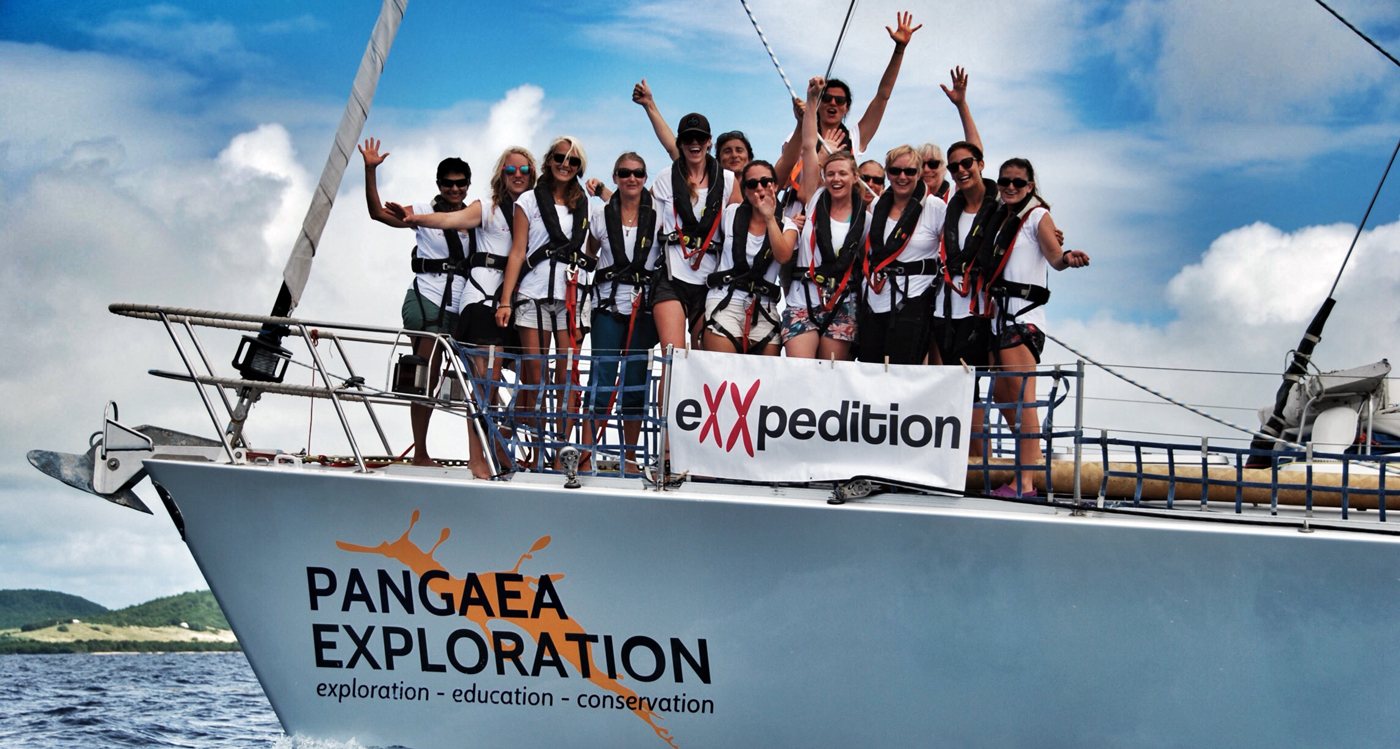 Emily Penn Tackles Ocean Plastic One Expedition at a Time and You're Invited
March 3, 2019 Julia Zaltzman 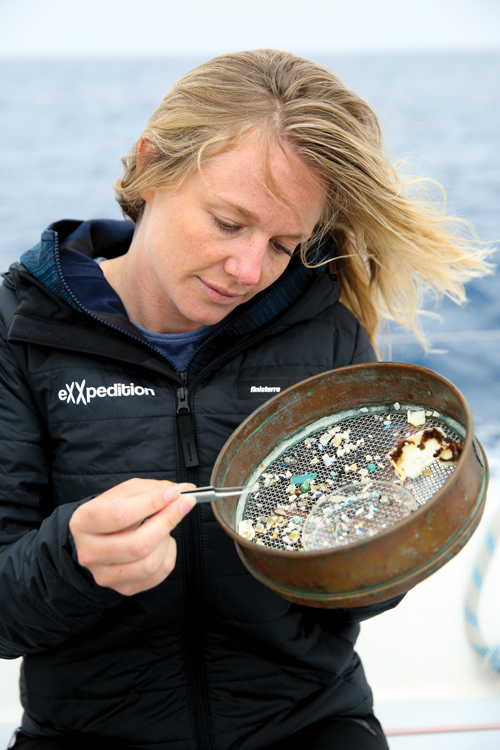 Emily Penn is a remarkably tireless activist who founded eXXpedition in 2011 and is now a leader in inspiring individuals to make their communities take action on stopping plastic pollution.

Like a deadly assassin, stealth and foreboding, the issue of ocean plastic has gradually crept up on us. Tonnes of plastic (eight million a day, to be exact) are being dumped in our oceans, silently leaching toxins and working its way into our food chain to the point that we now face a crisis so large, it threatens the very existence of our planet. For skipper Emily Penn, what began ten years ago as a hitch-hike around the world on record-breaking biofuelled boat Earthrace resulted in her experiencing the horror of ocean plastic first-hand. She felt compelled to make a change, and so she did what any normal 22-year-old fresh out of university would do; she made a beeline for a tiny Tongan island and organised the world’s largest ever community-led waste cleanup.

Since then, Penn has dedicated her time and career to studying environmental challenges in the most remote parts of our planet, and to raising awareness about the global plastics problem. She does this by facilitating science at sea, outreach and the implementation of solutions on land via eXXpedition – all-women sailing voyages – which she set up in 2014.
“This complete power of having all women on the boat, there’s something about the dynamic which is completely different, but it wasn’t something conscious at the time,” she says. “Originally it was only going to be one voyage. I was looking to fill a leg across the north Atlantic on board Seadragon, and incredible women kept joining the boat. I had also recently become aware of the connection between plastics and endocrine disruptors. I read about the impact that those chemicals may have on my body and realised that as a woman it was very significant.”

Taking 10 women to sea at a time, eXXpedition has just completed its 11th voyage in four years. The female crews comprise a diverse range of nationalities and skill sets, from scientists and journalists to filmmakers, packaging designers, policy makers and teachers. “We take people who can communicate what we’re seeing, but who are also working on solutions,” says Penn. “It’s about building an army.”

Penn’s army of “change makers” has now amassed to 106 women. This includes Jenna Jambeck, associate professor in the College of Engineering who, following her eXXpedition experience has become internationally recognised for her research on plastic waste in the ocean and for the Marine Debris Tracker app she co-created. Then there’s Kristine Berg, now employed by TOMRA, the company responsible for creating the sensors and robotics for deposit return schemes – essentially, reverse vending machines for plastic bottles.

Penn has spent a decade on the frontline herself, fully immersed in eXXpedition’s science-based research into micro-plastics at sea, as well as media related communications and outreach. Separate to that she has become a prolific public speaker around the world at TEDx conferences, universities and global companies. She is a brand ambassador advisor for broadcasting company Sky, which recently pledged to be single use plastic-free by the end of 2020 (as examples, each of Sky’s 31,000 employees have been given a reusable water bottle, which has cut plastic bottle consumption by more than 300,000 since January 2017, and catering outlets across their sites now use cutlery made from corn starch.)

One of the things I’ve realised over the years is that this problem can’t be solved at sea,” she says. “We’re talking about over five trillion tiny fragments of plastic that are floating on the surface of our oceans, and many times more fragments have sunk to depths where they can’t be measured.

“It’s really key for the women on board who join us on these voyages to have that experience of collecting data themselves. They come to the same conclusion that if it’s near impossible to separate a piece of plastic from plankton using a microscope, how are the fish meant to manage it? So, for me, it’s about prevention and stopping the plastic from getting out there in the first place.”

When not in talks with government, NGOS and policy-makers, Penn is busy engaging the likes of Unilever and Coca Cola – “manufacturers who have the opportunity to switch the materials they are using”. For Penn, it’s about three things; raising awareness of the issue itself, individual action and behavioural change.
Looking to scale up the project, eXXpedition will set off this October on a two-year voyage around the world taking 300 women on 30 back-to-back legs. “Ten years ago, that was me,” says Penn. “I took off around the world, and it changed everything. I know how powerful it is, and it’s that experience that I want others to have.”

Applications for 2019 voyages can be found at exxpedition.com/apply.