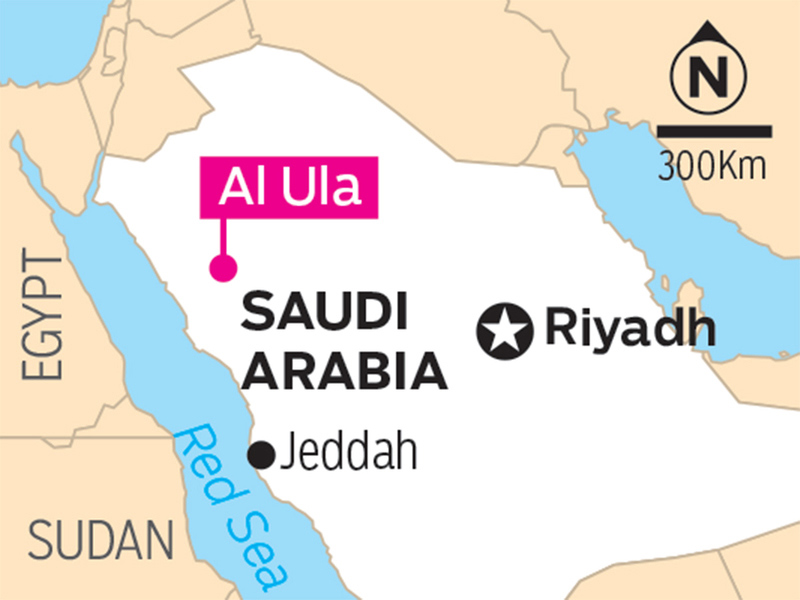 Thanks to its location as an important crossroads in travel and trade routes for hundreds of years, many of the detailed façades of Al-Ula are inscribed with a medley of languages, scripts and art forms.

Following last year’s first edition of the music and culture festival at the Mada’in Saleh, Saudi Arabia is now betting big on cultural tourism with a handful of luxury hotels and a Jean Nouvel-designed resort due to emerge in the Al-Ula governorate.

Pick any major publication from anywhere in the world, and within the last few years, much has been written about overtourism. From Dubrovnik’s overcrowded cobblestone streets, to the venerated halls of the Louvre in Paris; from the jammed packed canals of Venice, to the mass of people strolling La Rambla in Barcelona. Locals and their governments are worried that too many tourists are ruining the sanctity of the beautiful places they call home. Even as this outcry over too much of a good thing has increased, Saudi Arabia has plans to join the party, but in style.

Earlier this year, the Royal Commission for Al-Ula (RCU) revealed that a cultural destination would be created in the northwestern part of the country by 2023, with the goal of attracting two million tourists to the area by 2035. Currently, the hospitality infrastructure is not able to accommodate such an influx of tourism, but that is all about to change.

The central hotel development in Al-Ula, one of Saudi Arabia’s most fascinating landscapes, will be Sharaan Resort, designed by Pritzker Prize-winning French architect Jean Nouvel. Built around ancient rock formations within the recently opened Sharaan Natural Reserve, a 925-kilometre area that’s part of the RCU’s plan to restore, preserve, and enrich the ecosystem of the Al-Ula, the resort will include five villas, 40 residential estates, a spa, restaurants and a conference centre. 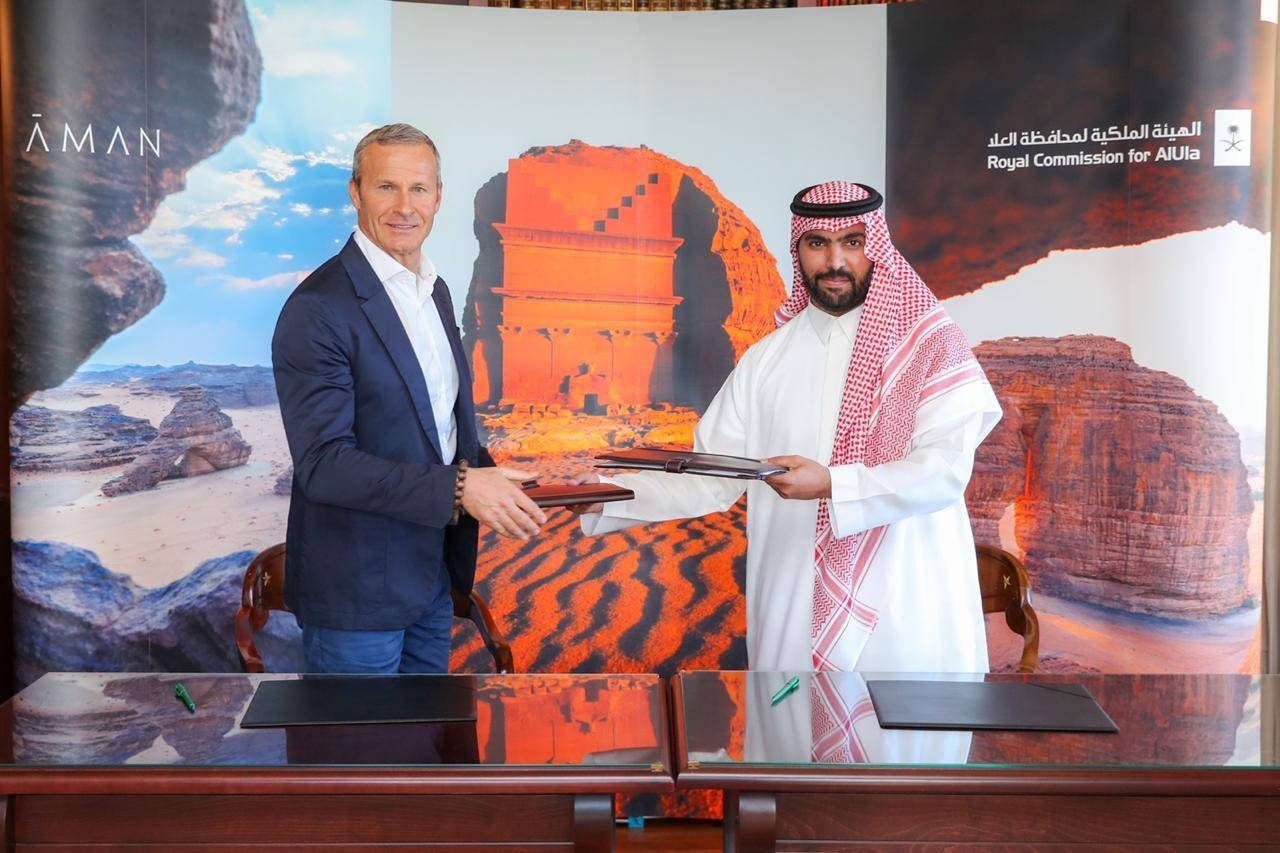 “To be able to frame the Sharaan landscape at different heights is amazing, discovering the distant horizons, discovering the different qualities of light. It will also mean inventing, based on the irregularities of nature and geography. Architecture helps in this. Art helps. We should see what is built here as art,” says Nouvel, who is further cementing his footprint in the Middle East following his last tour-de-force, the Louvre Abu Dhabi.

By the end of 2019, a complete set of architectural drawings and renderings will provide a clearer idea of what Sharaan Resort will offer, but even without visuals three things are to be expected. Firstly, Nouvel will find ways to connect the modernity of contemporary hospitality to the ancient heritage of Al-Ula. Characteristics from the rock formations will find their way into the design of the project, particularly in how spaces are formed.

Secondly, materials that are indigenous to the area will be used as much as possible. Whatever is built will not look like a tropical resort that has been dropped down in the desert. The design will be familiar in terms of quality of luxury comfort, but fresh in terms of experience. Lastly, the resort’s location in the desert will require it to be sustainable and self-sufficient. The construction of Sharaan Resort will begin in the first quarter of 2020, with the hotel expected to receive its first guests in 2023, but that is just the beginning.

Following the opening of Sharaan Resort will be three more resorts built by Aman, the first properties in the Middle East for this Singapore-based luxury hospitality brand renowned for its eco-focused, ultra-luxurious experiences in remote destinations. One will be a tented camp, another will be close to Al Ula’s heritage areas and the third property will be an archetypal interpretation of a desert ranch-style hotel.

Each of the resorts will be subject to strict eco-tourism restrictions put in place by the RCA to protect the governorate, which stretches over 24,000 square kilometres (around three times the size of NYC) and consists of green valleys, towering sandstone mountains and ancient cultural sites including Hegra, a 52-hectare village that was once the southern capital of the Nabataean kingdom. It’s the first Unesco World Heritage site in the country and the site of 100 well-preserved tombs with intricate facades cut from sandstone.

By partnering with Aman and Jean Nouvel to develop Al Ula, the RCU is banking on sophisticated architectural projects to achieve its lofty tourism goals, a grand plan that is expected to generate 38,000 hospitality sector jobs and 32 billion USD in tourism revenues.

Indeed, the Al Ula tourism and land development project, revealed in February 2019 by Saudi’s Crown Prince HRH Mohammed bin Salman, comes straight on the heels of Winter at Tantora, a festival that brought live concerts to the area for the first time in almost 40 years. The first edition took place in December of 2018 and ran over eight weekends through February 2019. Visitors took in musical performances by Andrea Bocelli, Yanni, Majida El Roumi among others, and even a virtual hologram concert featuring the late Um Kulthum.

The event’s success signals a commitment to preserving the area’s historic integrity as Saudi Arabia works towards generating 18 per cent of its GDP from tourism by 2030. Ultimately, it remains to be seen whether the top-down management of land development by the RCU will achieve its goal and also spare Al-Ula from the pitfalls of overtourism. 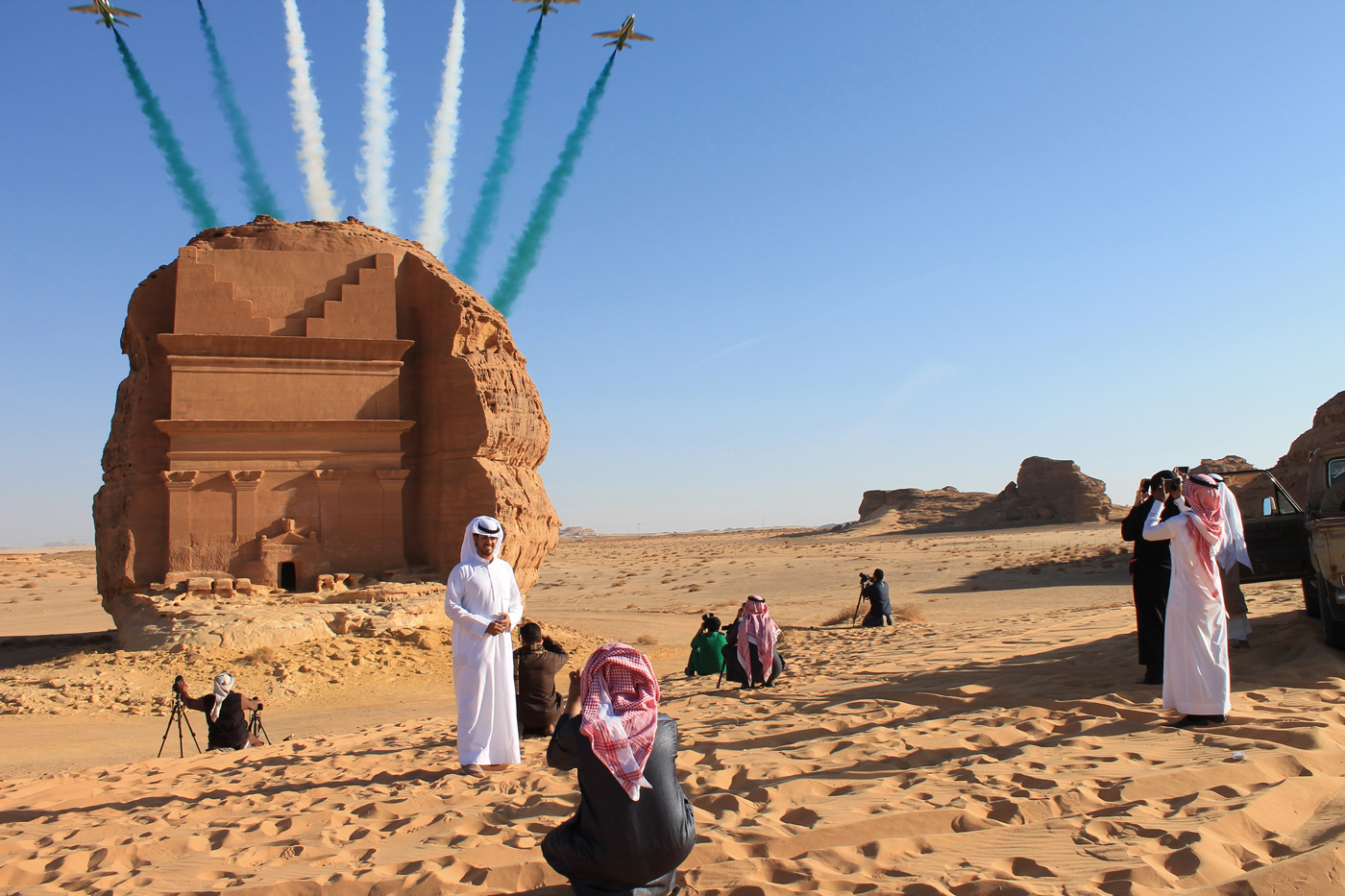