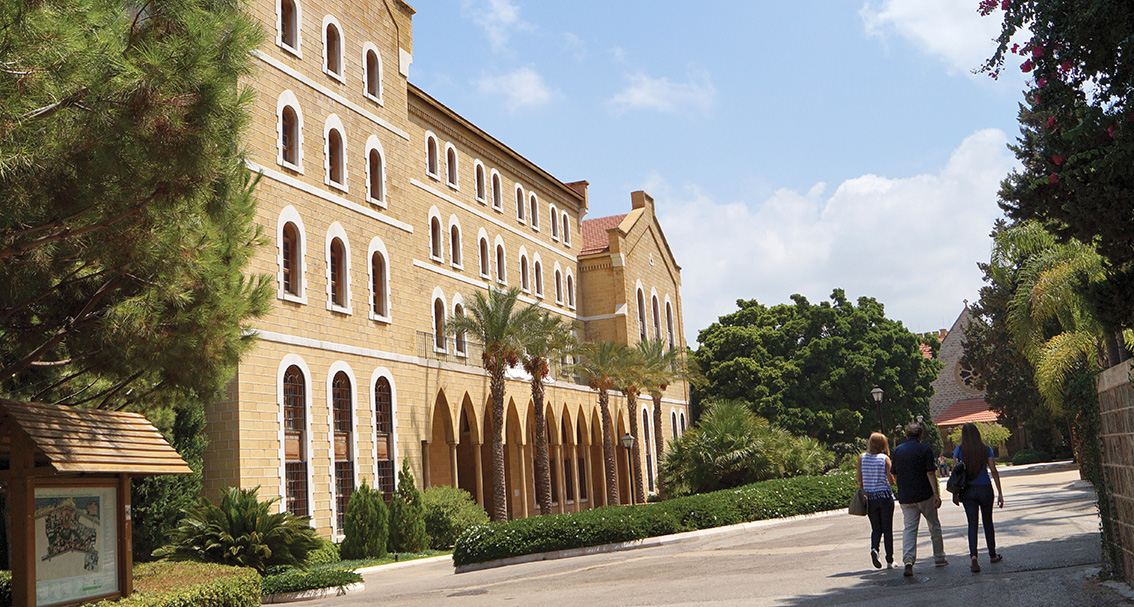 Maroun Semaan's Legacy is a Record Breaking Donation That Will Shape the Next Generation of Leaders
December 31, 2017 Warren Singh-Bartlett

Inflation, salaries, property maintenance, upgrades, introducing new curricula, let’s be honest, running an institute of higher education is very expensive.
You can turn to tuition fees and alumni associations, revenues from intellectual properties and, if you have a healthcare arm, hospitalizations. But tuition can only be raised so high before it becomes counterproductive, alumni associations aren’t major earners and even the most successful hospitals make less money than they did in the past. Elsewhere, the State plays a role, but in Lebanon, a country where education is big business and government aid is a chimera, what’s a university to do?

The traditional answer, both in Lebanon and abroad, has been to appeal to benefactors, whether former alumni or socially minded philanthropists, who are prepared to fund the education of future generations. Still, donations, even large donations, only go so far.

Explaining that one of the best business adages is that ‘the best customer is a repeat customer’, Dr. Fadlo Khuri, President of the American University of Beirut lays out his vision for turning one-off donors into investors whose aim extends beyond simply helping.

“What drives good philanthropy is believing that you are making a difference by investing in something larger, to achieve something that you couldn’t do on your own,” he explains, as our conversation turns towards the late Maroun Semaan, who earlier this year, made the single largest donation that AUB has received in its entire 151-year history to the Faculty of Engineering and Architecture, which was subsequently renamed after him. 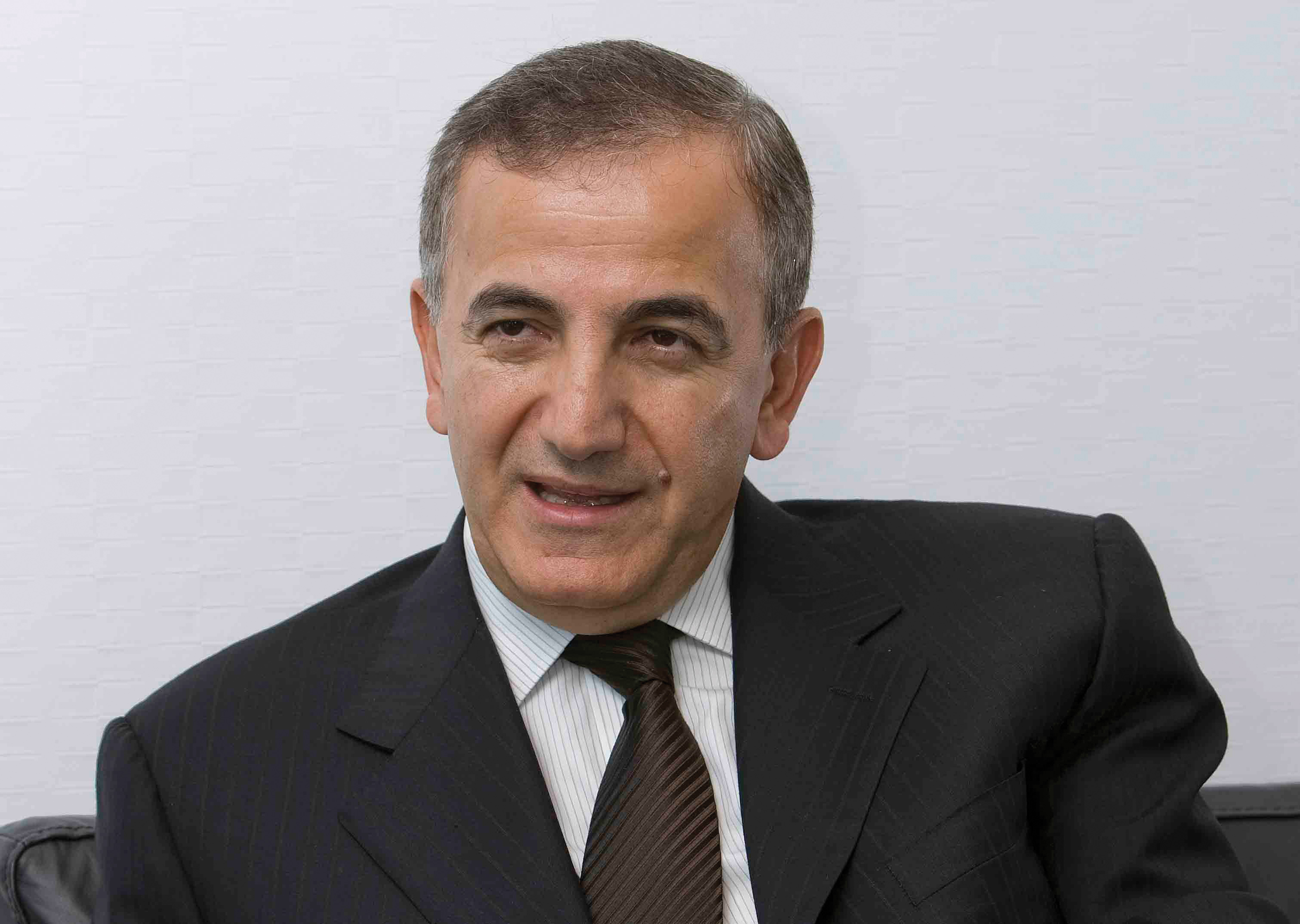 “He was a very complex, unique and fundamentally good individual, a genuine internationalist, a visionary tough-guy,” Dr. Khuri remembers. Samaan passed away in May at the age of 61 from a brain tumour. “This was not some ‘here’s a cheque, do what you want’ donation. He told me ‘Fadlo, I want you to train the next generation of leaders, I want you to do it through the School of Engineering, I want you to make a difference in Lebanese society and I want you to show that we can have a mature, civil society if we develop the right leaders.’ It’s a tall order.”
That’s putting it mildly. As remits go, that one would be tough enough to achieve even with a billion dollar gift. And while Semaan’s donation isn’t quite that large – and the exact amount of the donation hasn’t been made public – Dr. Khuri acknowledges that the figure is “considerably north” of the university’s previous record of 32 million USD, donated by Jamal Daniel in 2014. (Note: The fact that AUB was looking to raise 500 million USD before Semaan’s donation and then adjusted their goal to 650 million USD afterwards suggests a very clear amount.)

Born into a family of very modest means in Deir Dghaya in southern Lebanon and an AUB graduate – Class of 1977 – Semaan bootstrapped his way through university and into a successful career as an engineer and a businessman. According to his brother, Semaan Semaan, mindful of his background, Maroun Semaan was determined to give others the opportunity he had to fight for and so in 2011, after five years of ad hoc giving, he set up the Semaan Foundation.

“Social assistance is the main aim of the Foundation, which is also undertaking the renovation of old stone houses in our home village,” his brother explained via email. “In addition to supporting hospitalization, education and social welfare, the Foundation offers scholarships to all Lebanese universities, without exception, given out on consideration of two principal criteria; the applicant’s academic achievements and their economic background.”

The bequest is not the first the Foundation has made to the AUB, which received 10 million USD in 2016 to set up the Tanios and Souraya Semaan Outpatient Surgery Centre. Is this, then, a simple case of giving back to the alma mater?

Without denigrating other educational institutes in Lebanon and whilst acknowledging that sentiment is an obvious motivation, Khuri lays out the rationale in more concrete terms. “If you look at the citable items from Lebanon over the decade from 2006 to 2016, this small private university is responsible for almost 70 per cent of the total scientific citations. We are the strongest university in the Arab World, with all due respect to the rankings. It’s hard to think of another university in the world that has AUB’s global imprint. It’s dramatic, disproportionate, even.”
Half of Semman’s donation has already been received and will not be capitalised until July 2018 but work preparing the ground has already begun. Khuri cites reforms to AUB’s curricula to include more entrepreneurship, expanding the network of environmentally active and focussed programmes, adding PhDs, recruiting faculty and building relationships with important educational institutions around the world.

“We’re also creating a number of programmes that would be funded by donation for five years and then become self-sustaining because Maroun was looking for financial sustainability too,” Dr. Khuri says in conclusion. “We aim to get the best people, educate them, find solutions for how you educate them, get them post-educational opportunities, create an environment where they can succeed and then watch them work wonders. That’s what Maroun wanted us to do, that’s what we’re trying to do and if we don’t, shame on us.”