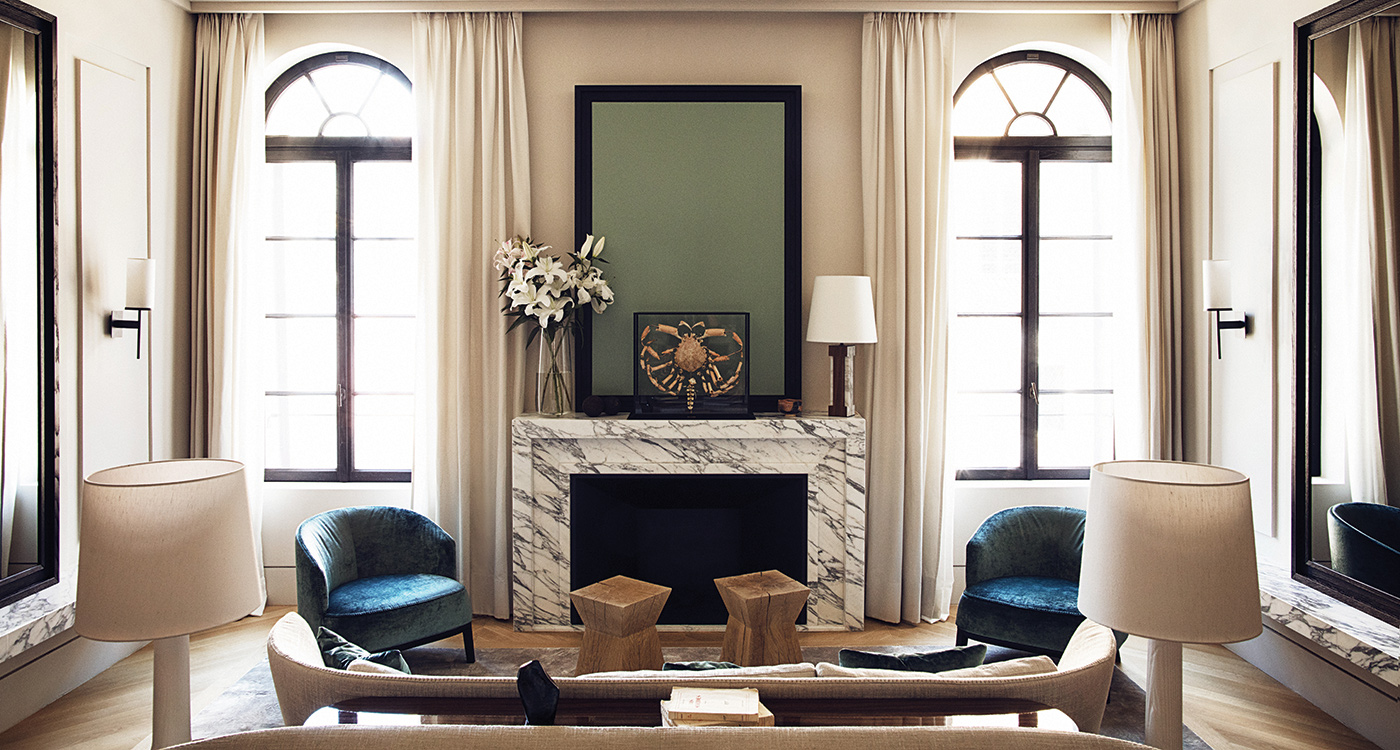 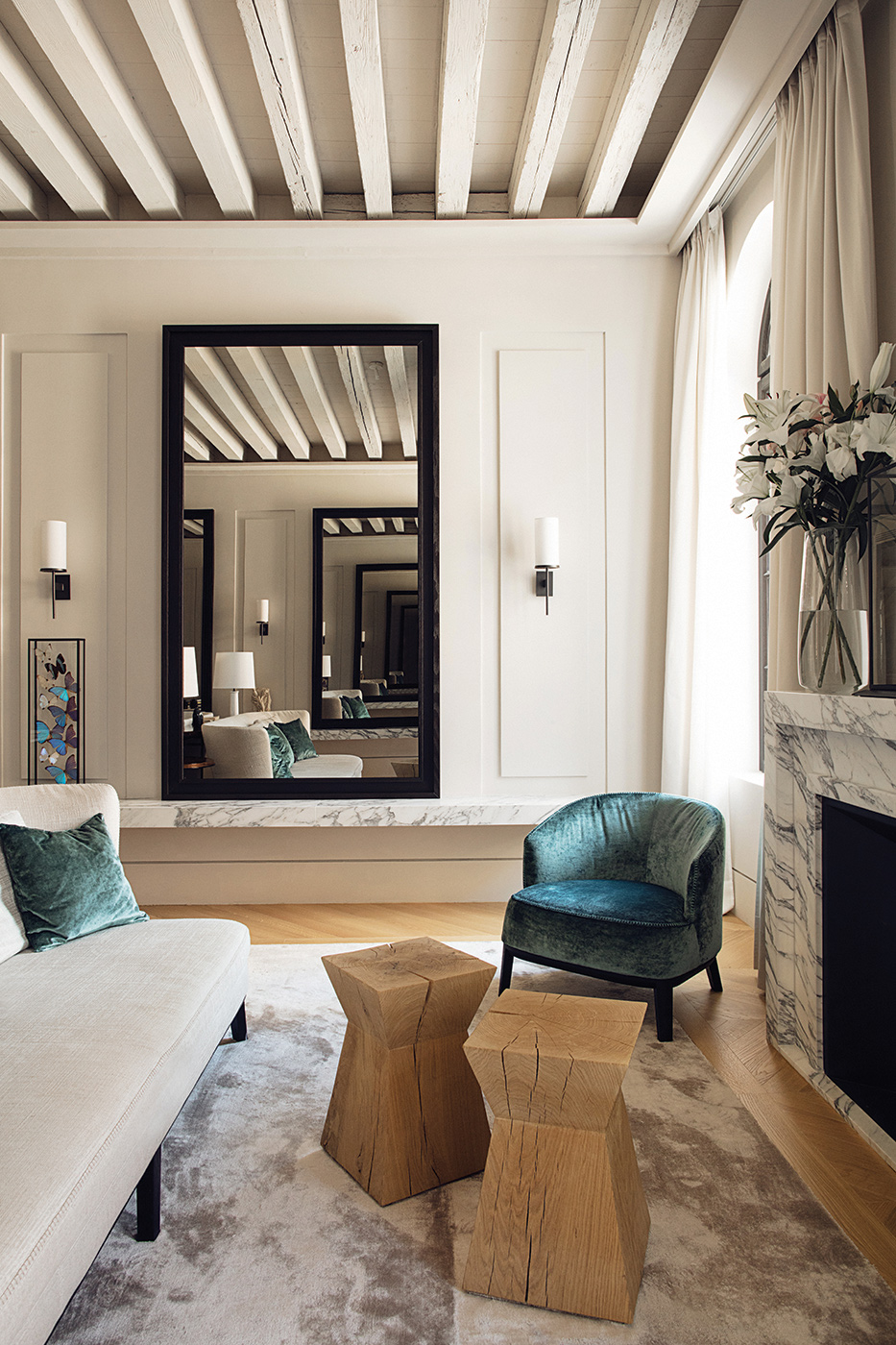 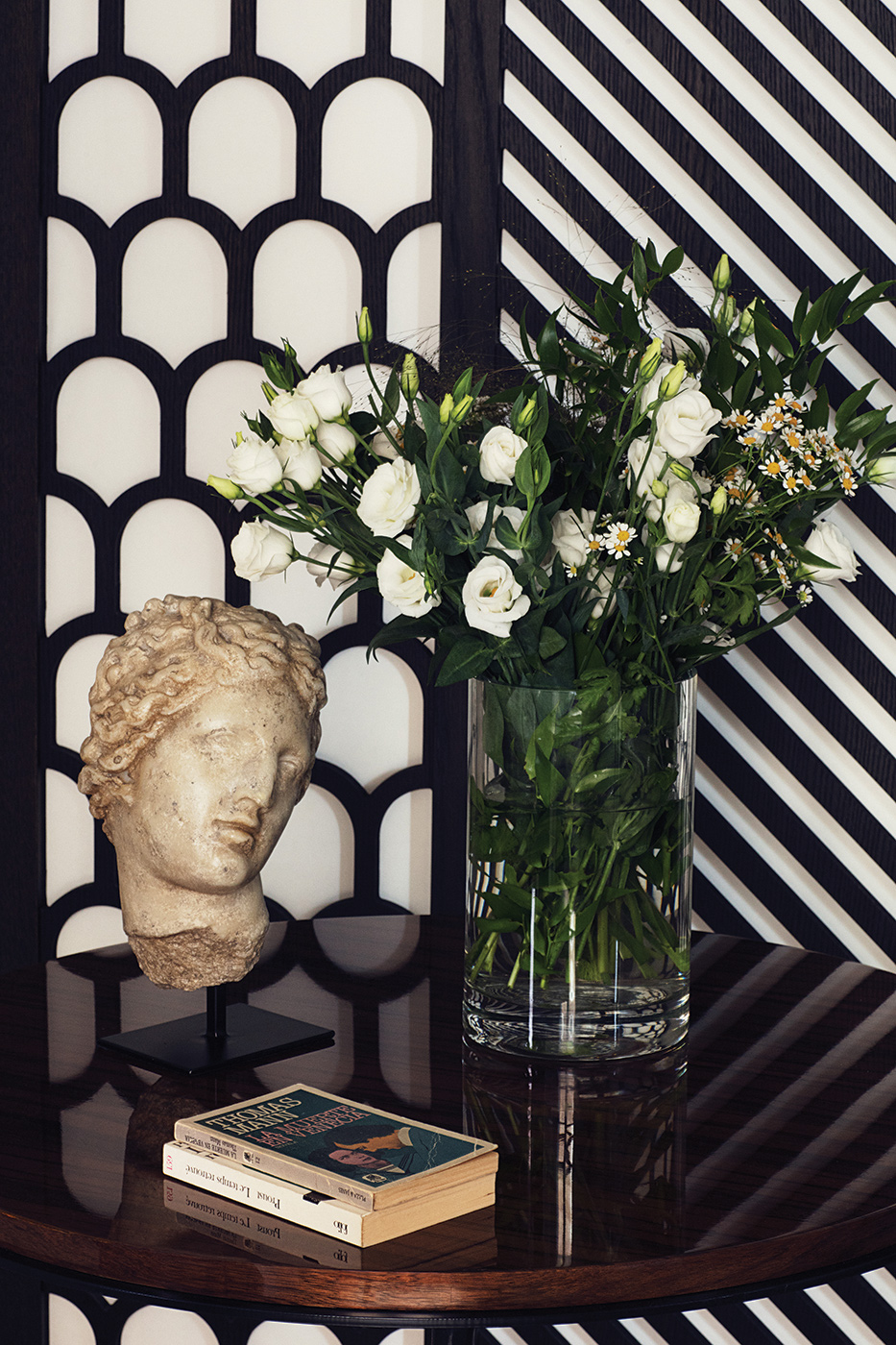 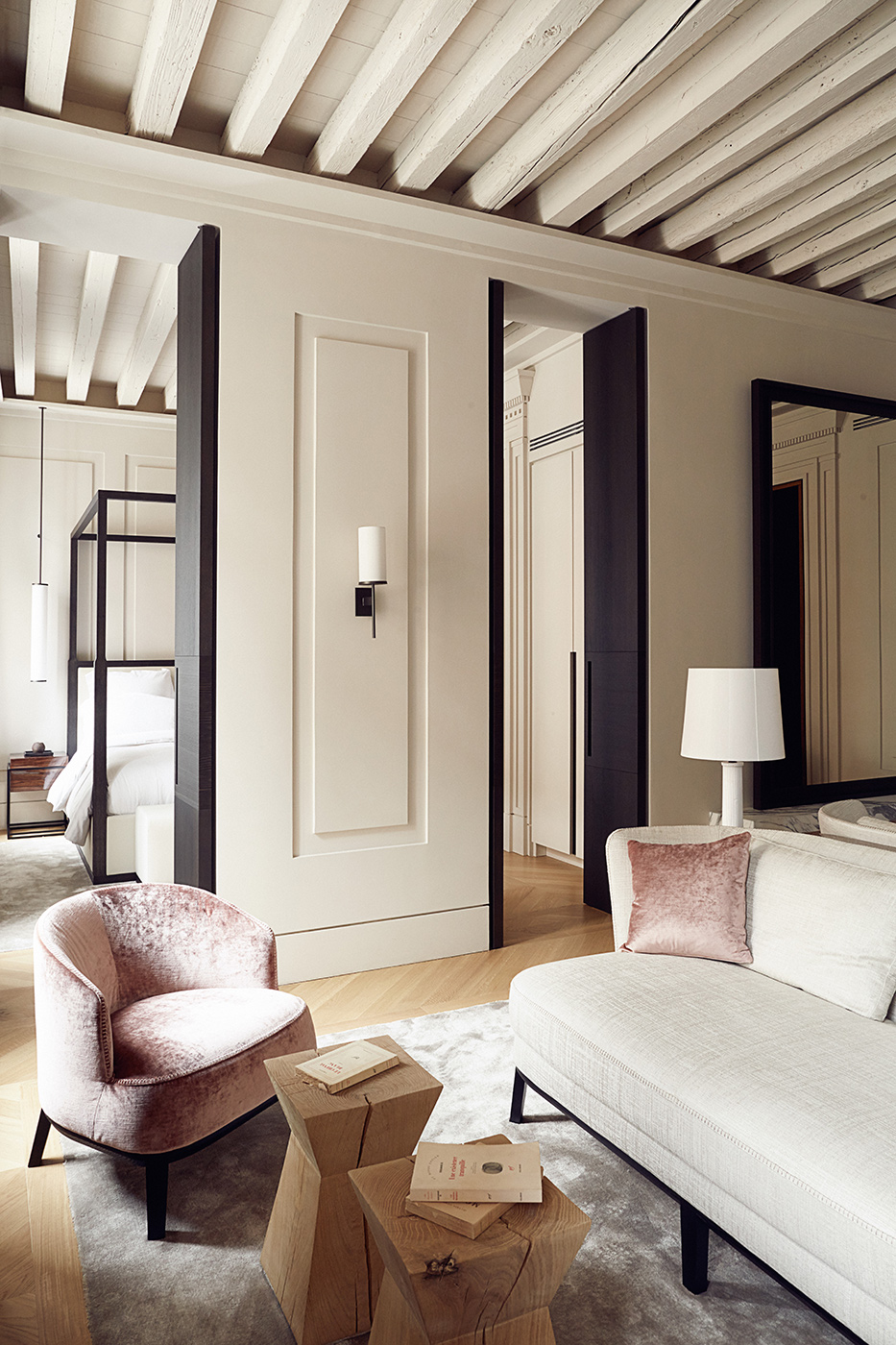 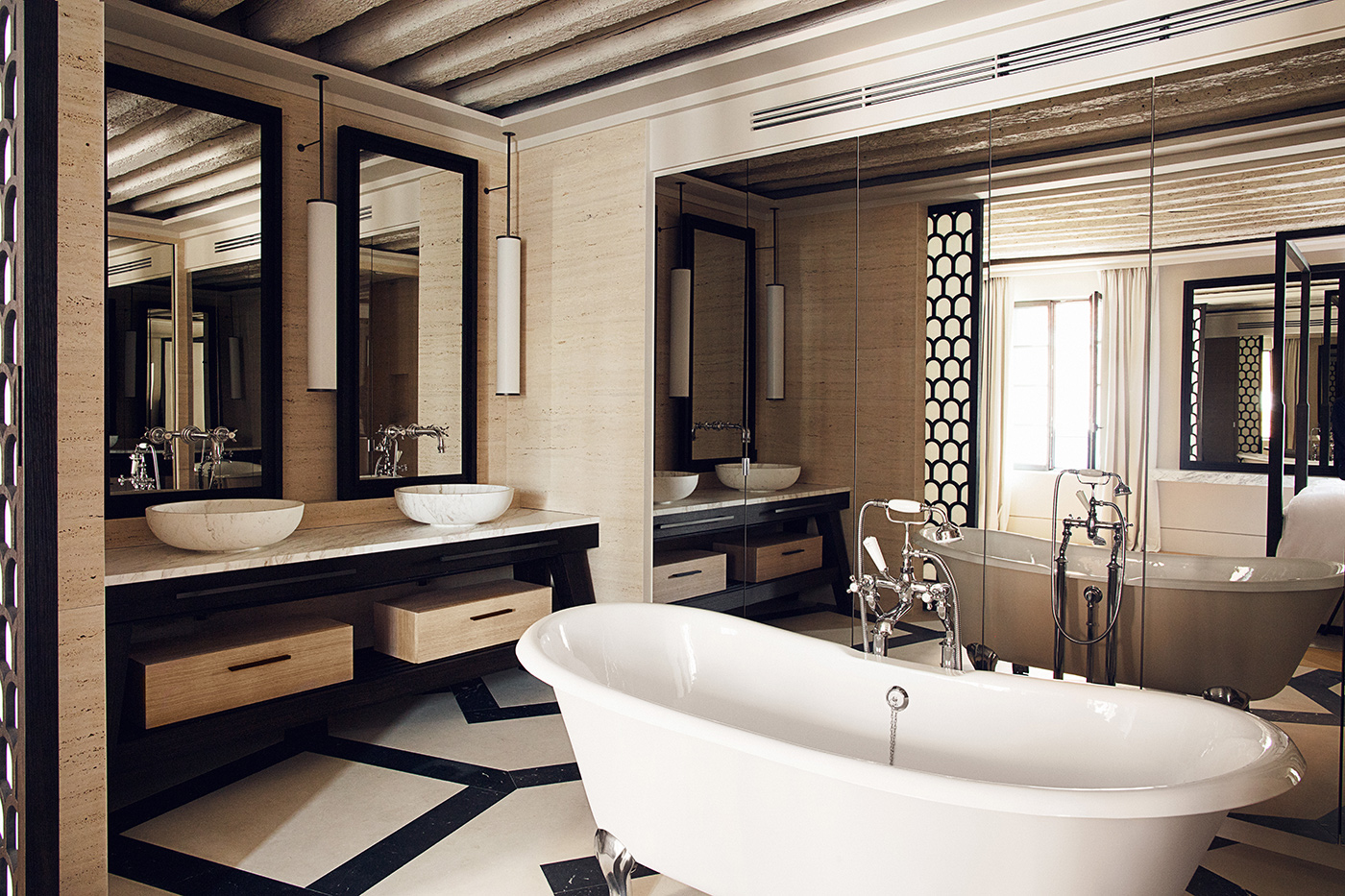 Set in a 16th century building, Venice’s Palazzo Volpi has been reimagined by the husband-and-wife team of Anna Covre and Fredrick Tubau. The city’s newest luxe apartment accommodations feature four enormous suites and the kind of interiors you’ll never want to leave.

Why Venice, and why did you choose this particular building?
Fred: Anna is Venetian and I am totally in love with Anna and Venice. We spent three years searching for the perfect place and when we visited the Palazzo Volpi for the first time it was love at first sight. There is everything we wanted: the location, the view and the internal volumes.

Were there any major challenges in completing the project, and how long did it take?
It took us three years. The biggest challenge was to get permission from the city to make changes in a classified historic palace. They are very rigorous and you have to know how to adapt because you cannot do whatever you want. 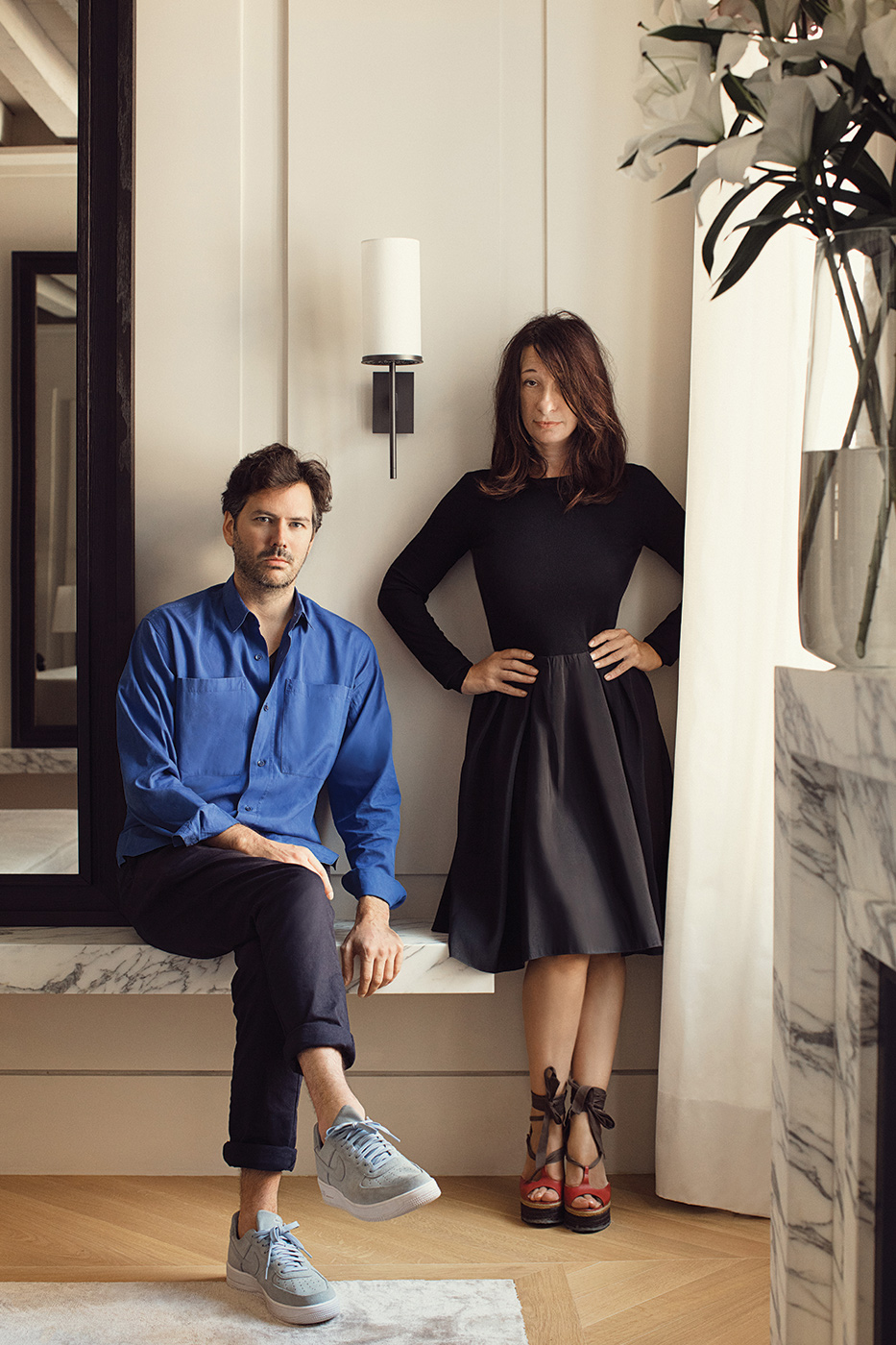 About the interiors, what were the references in terms of inspiration?
We wanted to create a space in contrast with the outside to enhance the view, but at the same time to find specific elements of Venice. The walls were painted the color of the white marble of Venice, marble floors are a reinterpretation of those at the entrance of the church of Zattere in Venice, the exotic wood lacquer are reminiscent of the water taxi on the grand canal, the sliding panels use the design of the portals of the Basilica San Marco and green and pink velvet reminds us of the colours used in the boudoirs of city’s palazzi.

What are the highlights, in terms of design?
We think the floor, which is very graphic and flows through all the apartments without stopping, the fairly systematic use of mirrors, which allows for the reflection of different perspectives, the natural light and the view, no matter where one is in the room. Lighting is an important part of our work.

Before Palazzo Volpi, what kind of work did you both do?
Fred: I was a freelance creative director for brands and packaging design agencies in Paris, working on projects for important groups like Nestlé, Unilever and Beiersdorf. I met Anna in an agency in Paris and since 2008 we founded Anna & Fred, a branding and packaging design studio specializing in the luxury sector. We have collaborated with prestigious brands such as Armani, YSL, Lancome, Shiseido, Viktor & Rolf, and Bottega Veneta.
Anna: When I left Italy I first went to London and then Paris, where I started as a graphic designer. I was the Artistic Director for the Olympic Games and for a Universal Exhibition. Then I won a design competition for the Japanese cosmetics brand Kanebo, and moved to Japan for five years, where I was a creative director. Then I returned to Paris to take a job as Creative Director in a major Design agency, and I met Fred.
We worked together on large branding and packaging projects for Nestlé and Unilever groups and we worked together so well on a personal and professional level that we became a couple in life and partners, creating our design studio specialising in the luxury market.

GUESTS HAVE TOLD US THAT THEY’D LIKE THEIR OWN HOME TO LOOK EXACTLY LIKE PALAZZO VOLPI. THIS IS THE MOST BEAUTIFUL COMPLIMENT.

What prompted you to leave that behind and take on this project?
We started designing decorative objects for the brands, then commercial stands and finally shops. We have always had a passion for architecture and interior design and we wanted to go further in that direction.
We eventually decided on acquiring a pied-à-terre in Venice, and purchased the second floor of Palazzo Volpi, and finally we had the opportunity to take over the rest of the palazzo. That’s when we decided to turn everything into apartments for rent. That’s how it started, but it actually turned into a showroom for our savoir-faire as interior designers.

Was it always a dream of yours to do something like this?
Yes of course, who wouldn’t want to do this? But now the dream has become a little bigger. Our plan is to create several Palazzi based on the model of the Palazzo Volpi but each with its own identity, in Venice or elsewhere. In fact, we are working on a new project, Palazzo Rossini. It is where Gioachino Rossini, the great opera composer, lived in Venice, and it is two steps from San Marco and Rialto. The opening is scheduled for the end of 2020. 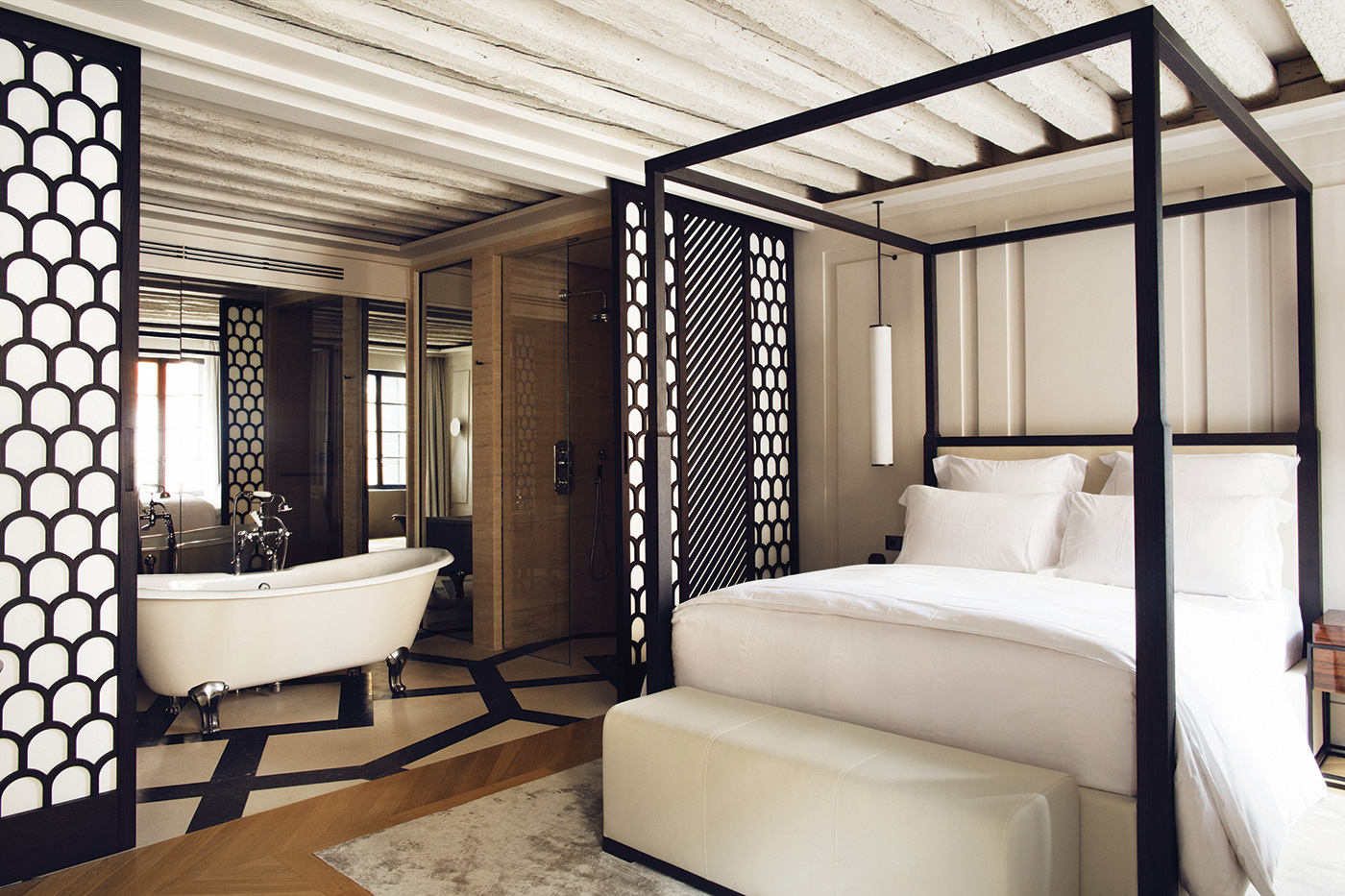 What’s the best part of owning Palazzo Volpi?
Fred: The feeling of having saved a part of the heritage of Venice, because the palace was in a state of disrepair for the last 70 years. And reviving it by hosting people from all over the world.
Anna: I really like the idea that we are now part of the history of the building. It was previously the embassy of the Republic of Brescia and housed the Consulate of Argentina, and we are perpetuating the original use of the Palazzo by welcoming people from all over the world.

What are your favourite neighbourhood spots, and things to do while in Venice?
Just down the street from Palazzo Volpi is Rosa Salva, an iconic pastry shop and café that is also the oldest café in Venice. L’Ombra del Leone is a hidden gem of a restaurant with one of the most beautiful terraces of the city, set on the Grand Canal, close to San Marco but far from the crowds. The food is delicious and the staff is very kind. Venice is a jewel. Wherever you go there is only beauty. But the most beautiful thing is to get lost and be surprised by charming discoveries. Dare to leave the main trails.

What kind of feedback are you getting?
Several guests have asked us to design their homes in Beijing, Riyadh or Milan. Others have simply told us that they would like their own home to look exactly like Palazzo Volpi. This is the most beautiful compliment; it means they really felt at home away from home.