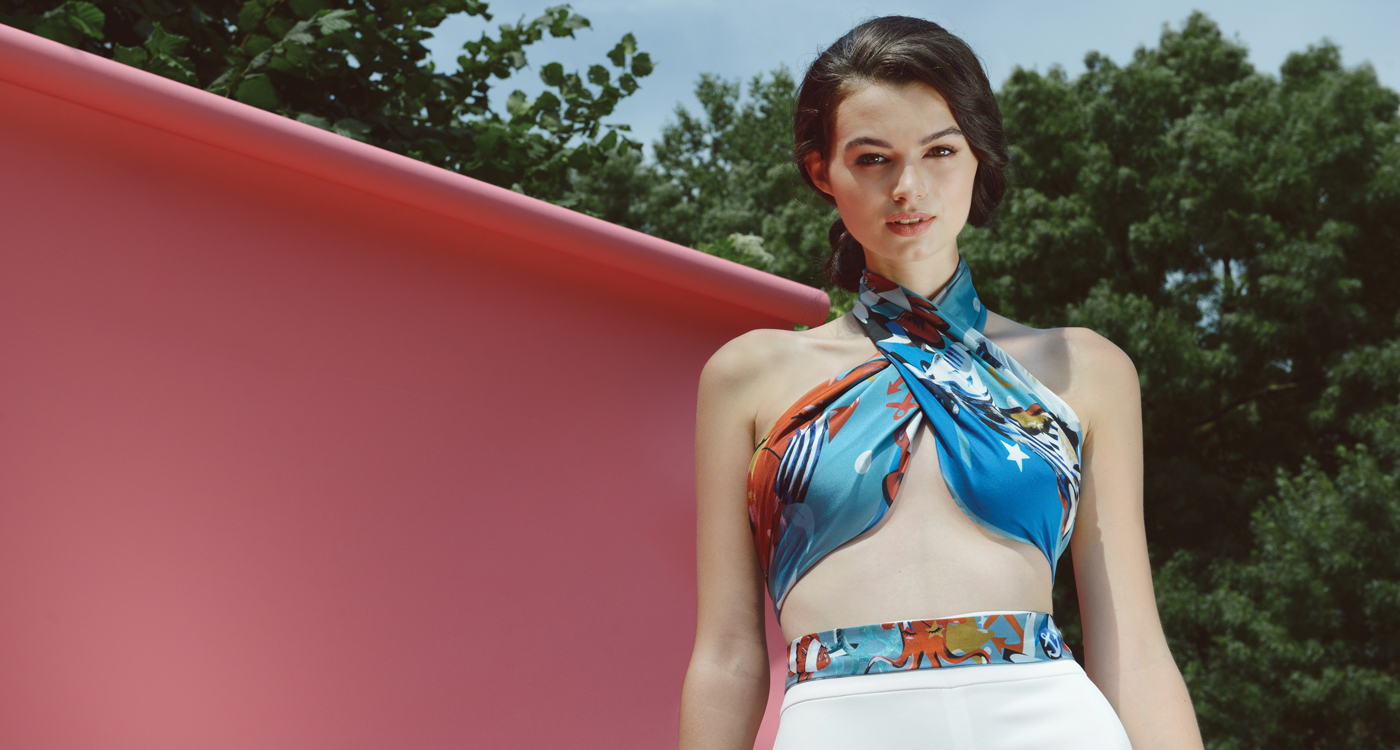 A Karine Assaf Silk Scarf Might be the Hardest Working Item in Your Closet
October 5, 2018 Nadia Michel 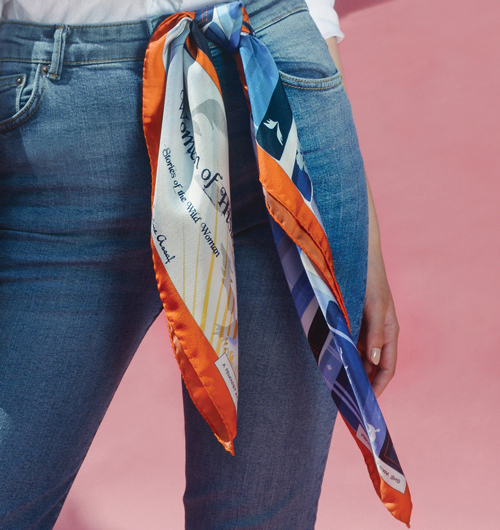 There are so many new fashion brands emerging these days that it’s hard to keep up with who’s who. It must be a sign of the times that fresh grads are now preferring to go it alone rather than get sucked into the vortex of shrinking job prospects, glass ceilings and rigid schedules. Of course, they do say that, in business, the potential for reward is unlimited but one clear conclusion from this evident rise in entrepreneurship is that the values of the American dream are shared globally.

Sadly however, in the cold hard light of day, nine out of ten startups fail. The primary reason, according to Fortune, is a lack of market need for the upstart’s product. The second, in case you were wondering, was a lack of sufficient capital, more usually referred to as running out of cash. Scarf designer Karine Assaf says she’s fully aware of these pitfalls and has set her sights on being in the other ten per cent.

It’ll no doubt help that she has an engineering degree – there’s something to be said about a calculating mind, especially when you’re building a business. Then there’s also that postgraduate diploma in entrepreneurship from Cambridge, and this is in fact where the story of her brand began.

“I developed an organic waste optimisation project,” Assaf explains. “The idea was to find a new use for discarded, imperfect – bruised or overripe – fruits or vegetables.”

Initially, she tried to resell those unloved fruits to the F&B industry, but quickly realised that charities might be her best bet. The project was therefore adjusted from being for-profit to non-profit, and she went back to the starting block in search of an opportunity to combine her artistic talent with a unique business concept that could fulfil her desire to create a sustainable and successful enterprise. 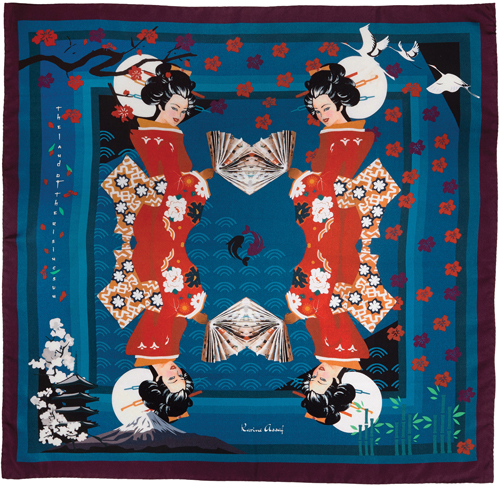 “I started using those fruits and vegetables and turning them into paints, as I’ve always been a freelance artist on the side,” she tells us over some coffee in a department store that has recently taken on her brand. In fact, even as a management consultant at Deloitte in Montreal, she was occasionally called upon to produce artworks. And it was that very talent that eventually caught the eye of Ollie Amhurst, founder and creative director of Lot78, a successful online fashion retailer in the UK. “When he saw my paintings he thought of textile prints,” she recalls. And from there, with Ollie’s guidance and mentorship, Assaf sourced Italian silk and launched her eponymous brand in London in 2016.

“I took a risk,” she says about her first production, which she showcased during an intimate event held at her parents’ home, a choice she consciously made to minimise cost. “That week, people I didn’t know started calling and ordering scarves,” she remembers. Having sold all but a few pieces, she had the impetus she needed to go forward.

“Nowadays, you have cheap scarves from China, which you don’t necessarily want to wear, and super expensive ones by Hermès, but I wanted something in the middle. So I worked on a price point that would constitute accessible luxury,” she points out.

Then she developed an effective sales strategy that would help boost interest and sales. “When you just put scarves on a rack, they don’t mean anything. So for our first photoshoot, we showed all the ways you could wear the scarves, particularly in a younger way, or rather a more creative and free spirited way. And that appealed a lot to the younger generation, as much in fact as it did to the older generation.”

Still though, as much as she may be part of a new crop of creatives, Assaf is highly aware that she has a classic product, one that’s more likely to appeal to a sophisticated Hermès shopper than a trend-following, Instagram-stalking fashionista. And because of this, she is reluctant to throw her hard-earned cash at either smart-talking PR agencies or of-the-minute influencers. That’s a story we’ve all seen before, and Assaf it seems is determined to write her own. 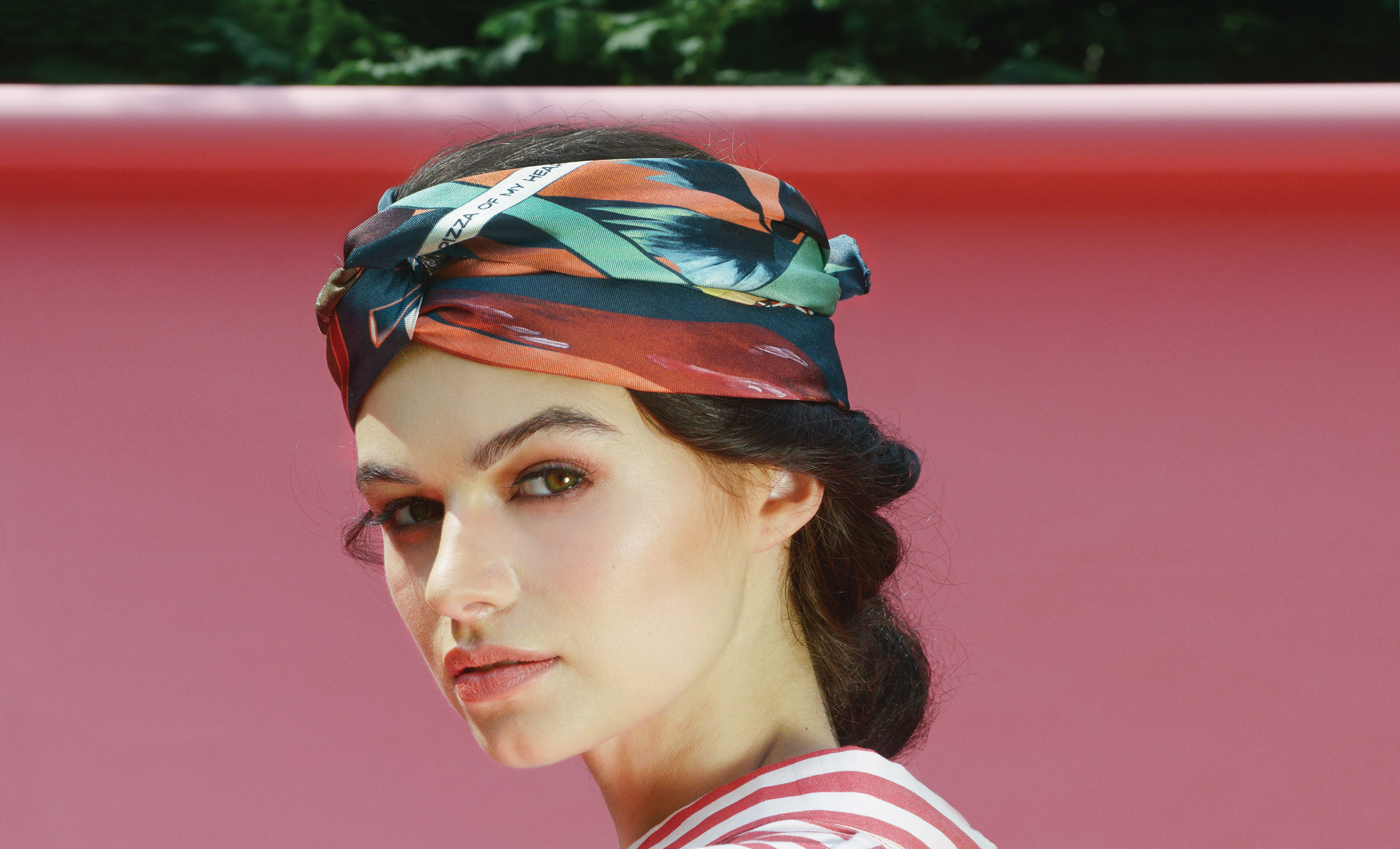