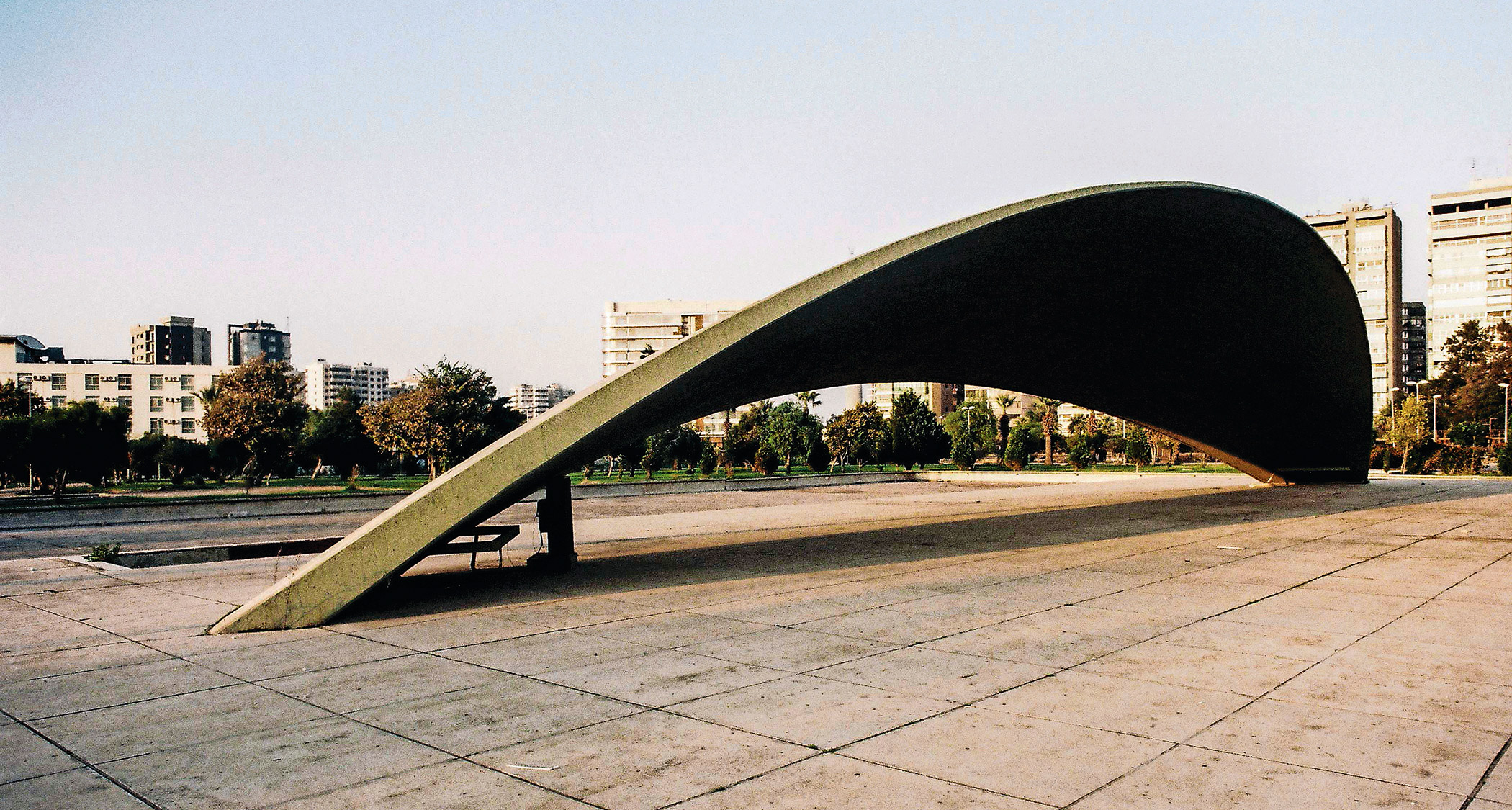 In Lebanon, a country that has collapsed, been built and then rebuilt multiple times, it is no surprise to find remnants of a glorious past. From the ancient Roman ruins of Baalbeck to the dilapidated, war-ravaged carcass of a former Holiday Inn hotel in Ras Beirut, there is no shortage of nostalgia here. But the Rachid Karami International Fair in Tripoli is a Lebanese architectural marvel that remains almost unknown in the international canon of architecture. Due for completion in the mid-1970s, the fair was built in response to an earlier bout of instability; the four-month civil war that pitted Lebanon’s Nasserite Left against the then Christian-dominated government in 1958. As the dust settled, those in power began to realise that if they were to stave off any future outbursts of violence, they were going to have to treat Lebanon as a whole and not view the country entirely through the lens of Beirut. 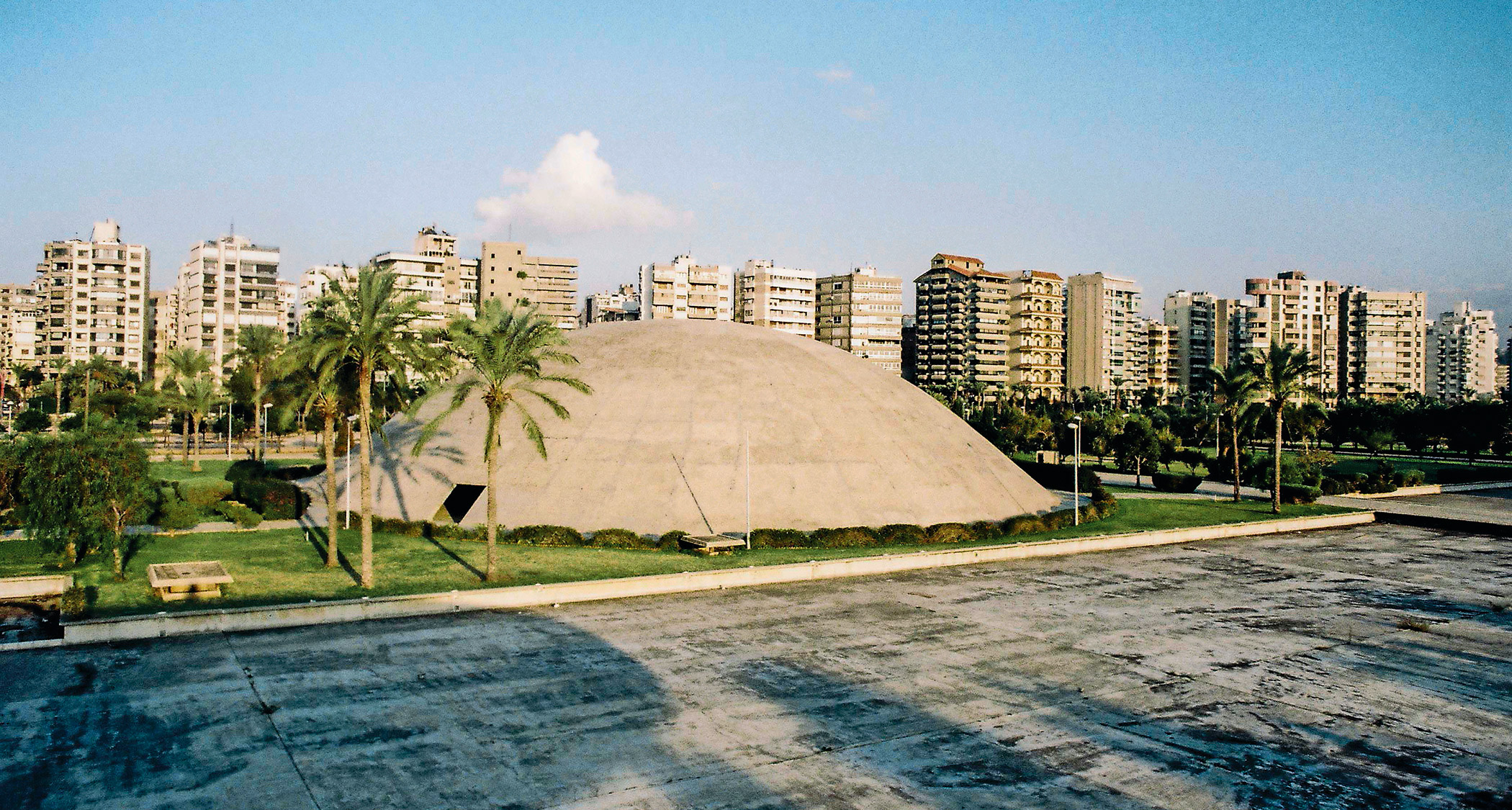 Then, as now, Lebanon’s capital not only dominated the country politically and culturally but also economically, much to the detriment of almost everywhere else. Beirut was the centre of commercial activity and the centre of development. A report issued in 1961 made it clear the country needed a second economic pole and Tripoli – which prior to Beirut’s emergence in the 19th century had been Lebanon’s principal city – with its deep water port, historic tradition of trading and manufacturing, seemed the obvious choice.

In 1962, Brazilian architect Oscar Niemeyer, who had just finished work on his country’s modernist marvel of a capital, Brasilia, was approached on behalf of the Lebanese government to design a permanent international exhibition space in Tripoli capable of hosting the World Fair. It was hoped the project would not only revitalise Tripoli, but would compete directly with (and eventually overshadow) the region’s other major fairs in Baghdad and Damascus. 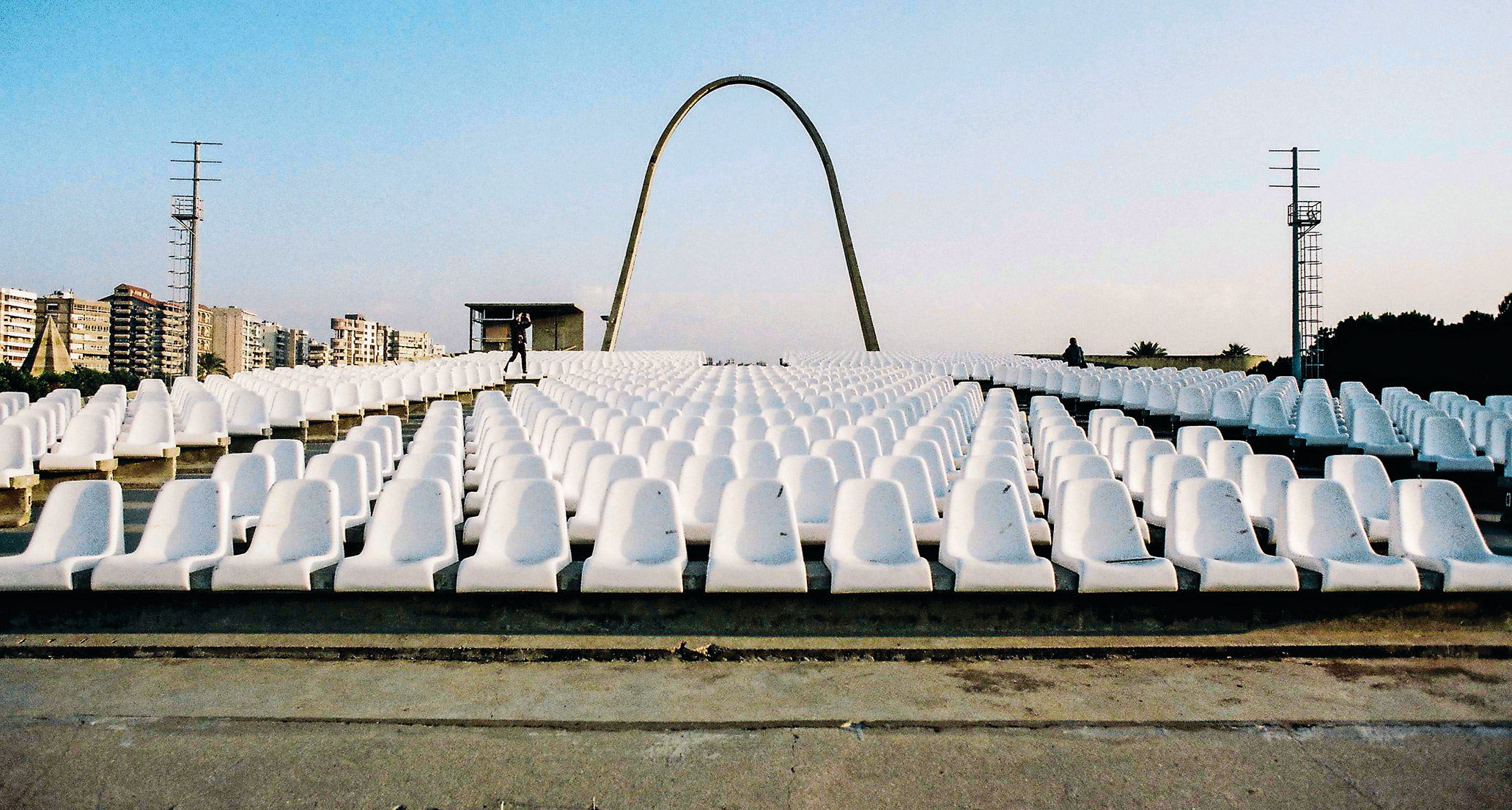 After visiting Lebanon, Niemeyer agreed and began designing what would essentially be a little Brasilia in Lebanon. The fair was to be composed of classic Niemeyerisms: vast, curving concrete facades, airy exhibition pavilions perched over reflecting pools, a new national museum and a space museum (laugh, if you will but this was the 1960s and Lebanon even had the beginning of a modest space programme), a semi-sunken dome-shaped experimental theatre, an outdoor concert space, radical new housing projects, a fluid lotus shaped helipad and a panoramic restaurant perched atop a cylindrical water tower. There was even to be a monumental archway, like a smaller version of Eero Saarinen’s soaring St. Louis Gateway. The whole ensemble was to be set in a million square metres of public parks, gardens and landscaped pools. For the then Lebanese President, Fouad Shehab, building a radical new vision of the country in one of its most conservative cities – still better known today for its Mamluk, not its modernist charms – seemed like a good way to begin transforming Tripoli into Lebanon’s second hub.

Until 1974, everything was going smoothly. The first phase of the fair was nearing completion and the gardens were being planted. Then the unrest that preceded the start of Lebanon’s all-out war in 1975 brought work to a halt. It would never pick up again, leaving the monument-like buildings bare. 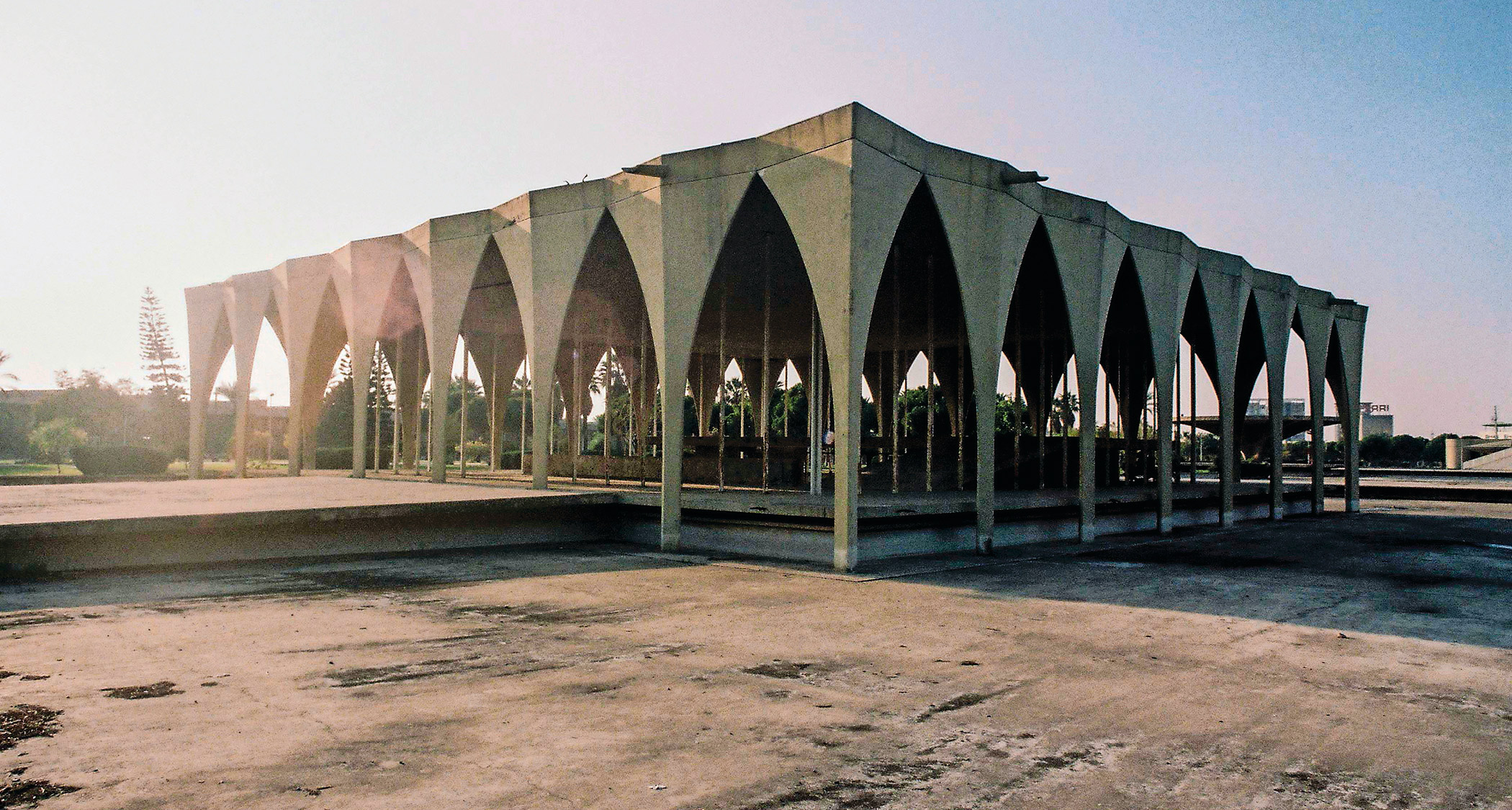 “The aim is to bring art into public spaces, rendering them more accessible,” says curator Karina El-Helou, an École du Louvre alumni who has also previously worked as an art collection manager at the Fondation Cartier.

This cultural exchange, which includes residencies in Beirut (BAR-Beirut Art Residency) and Guadalajara (PAOS GDL) allows for the expression of geographical perspectives on the exhibit’s theme. Though vastly different on the surface, both Lebanon and Mexico have seen the demise and rebirth of civilisations – including the Mayas in Mexico and the Phoenicians, Macedonians and Romans in Lebanon. The exhibition exemplifies this common cyclical history, and ultimately, our specie’s future decline. “It’s about the dialogue that contemporary art can create with its architecture and history,” says El-Helou.

What a perfect backdrop for such an exhibition.