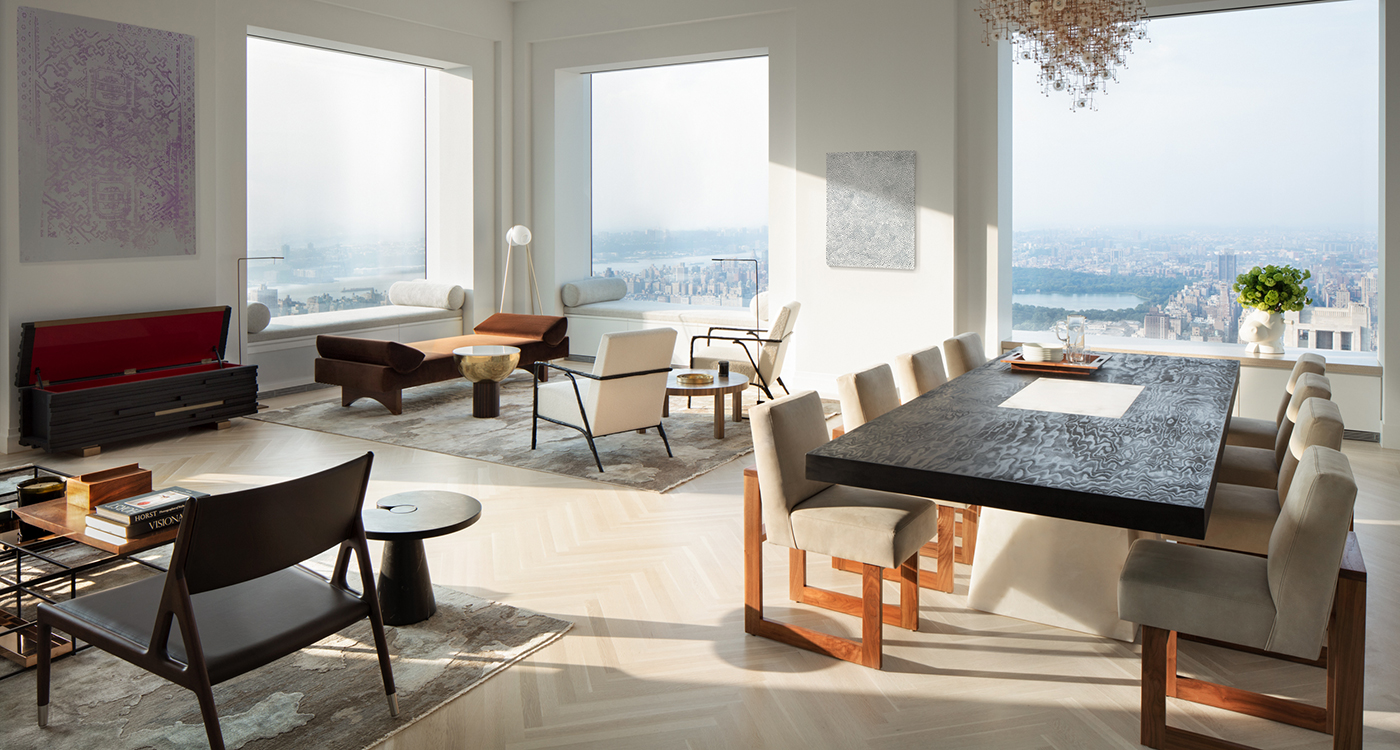 The now 40-year-old Egyptian-born architect Tarek Shamma launched his career at London’s Architectural Association School of Architecture (AA), graduating with honours in 2009. During the prestigious course, he hit the ground running for Zaha Hadid working on key competitions in Algiers and Seville. “It was baptism by fire, an incredible training ground for tenacity and grit – pushing through a design, trying to think quickly, while being agile and able to pivot quickly,” he says. 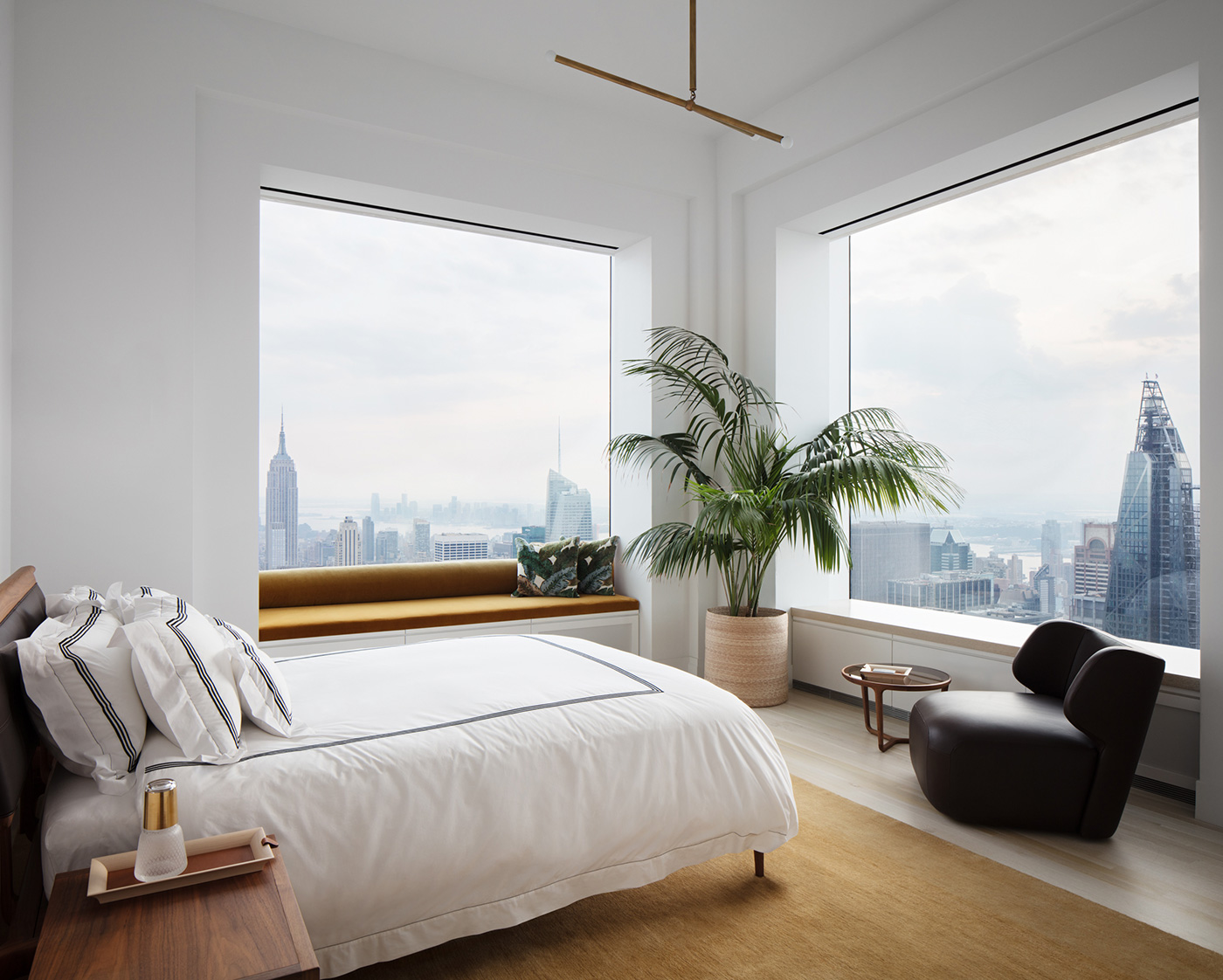 Then came a stint at David Chipperfield, where he worked on front of house design for the Hotel Café Royal, which he describes as less experimental, but more focused. “It wasn’t about creating different options but very ‘similar’ different options. The difference was in the specific detail – in the joint, the material,” he explains. “Zaha was more about the atmosphere on the project and Chipperfield was more about the project than the atmosphere. I have drawn on both approaches to develop my work.”

A FOOT INTO FASHION
In the early days of his career, Shamma got to know the Egyptian-French fashion designer Christian Louboutin, which has led to several years of collaborations. It all started straight after Shamma’s graduation, with a tea at Claridge’s. “I had my book with me and he asked to see it. He closed it and said, ‘Do you want to do a store?’ I said, ‘Of course, I’d love to do a store!’”

It was soon after that Shamma started work on Louboutin’s Madrid boutique. The only criteria were that it should include Louboutin’s signature arches and red carpet and that every pair of shoes be displayed individually. “What’s amazing about working with someone like him is that you’re given a broad brief and you bring your ideas,” he says. “It’s not prescriptive and it’s okay to adapt when things take on a life of their own.” 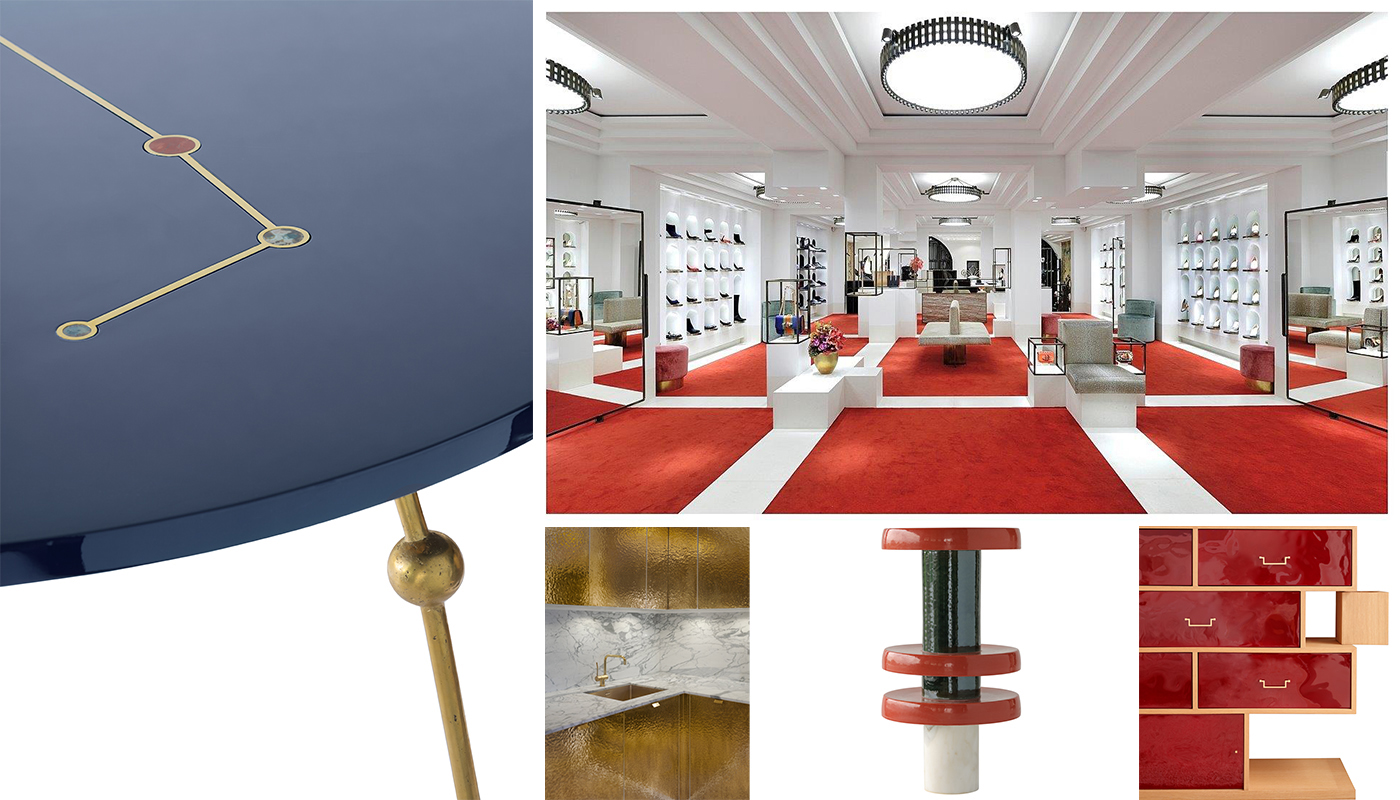 Shamma went on to design more Louboutin boutiques in Brussels, Munich, Geneva and Luxembourg. They all reference local historical and geographical detail. “There is always a nod to the location,” he says. “The Brussels Louboutin store is a nod to the church next door. Aisles or naves in this space progressively get lower and the shoes are displayed in anterooms, a bit like a chapel. Lights and metalwork are referenced directly from the church.”

MATERIAL WORLD
Tarek Shamma also has designed interiors for residences in ‘des res’ zip codes, from Park Avenue to Belgravia, where “the back-story is known only to the client,” he explains. “There is no set house style, it’s not about shoehorning. There is no overarching vision that I replicate for every client.”

His work oozes materiality. His exquisite furnishings include brass-framed cartouche sconces inspired by Egyptian temples, pink quartz side tables and blackened steel cabinets. “I like complex but I don’t like complicated. It’s about the material rather than a complicated shape. A secret compartment becomes the complexity and intricacy in the piece,” he explains. 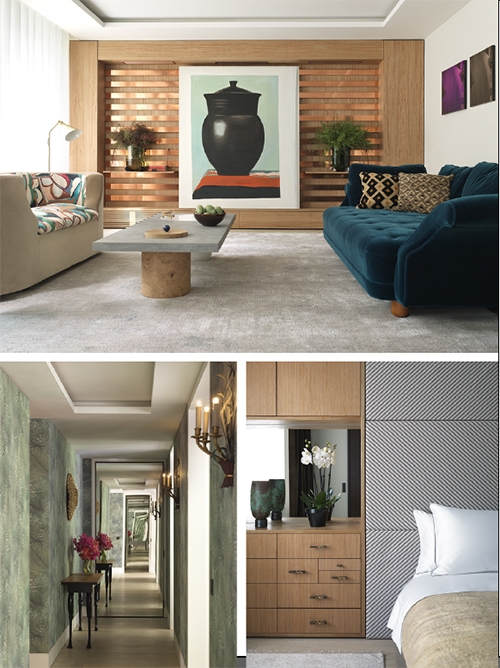 FUTURE PROJECTS
During the pandemic, Shamma returned to Egypt for some space and ‘more clement’ weather. “It gave rise to a lot of opportunities to work with local artisans and craftsmen and do a different type of project,” he says.

He was commissioned to do a café facelift in El Gouna, the Red Sea hot spot for Cairo society and film festivals. The design harks back to colonial sporting clubs with green tiled walls and wicker furniture. “I wanted to break away from trends for fashion, music, food and film and make it more timeless, taking cues from old Mediterranean and Egyptian cafés. We worked with a young local artisan who makes terracotta tiles, so no two are the same in size and colour. You can see the human hand.”

Another landmark project for Christian Louboutin is near to completion – a folly at his home in the cultural enclave of Melides, Portugal. Construction is inspired by the geometrics of Rajasthan stairwells which rise from the ground like an MC Escher drawing and frame the Atlantic landscape. Light comes in via a giant oculus and discreet LEDs mimic the moments between sunset and twilight. “The point is that it’s left open, that it will weather, that it won’t always look pristine or perfect and there is a poetry to the passage of time,” he describes. “That’s what I learnt from Chipperfield. Let time do its thing.”

Shamma is concurrently working on a contemporary hilltop residence for the fashion designer. While elements are still hush-hush, the framework for the brief is great fun. “He [Louboutin] said ‘I have a nine-metre-long painting that I want to hang and there is a cactus with a five-metre diameter that I don’t want to have destroyed’,” he laughs.