Places | Locations | Colombia | Despite a Chequered Past, the Colombian city of Medellín is One of the World’s Most Interesting Places to Visit
PLACES | Unusuals 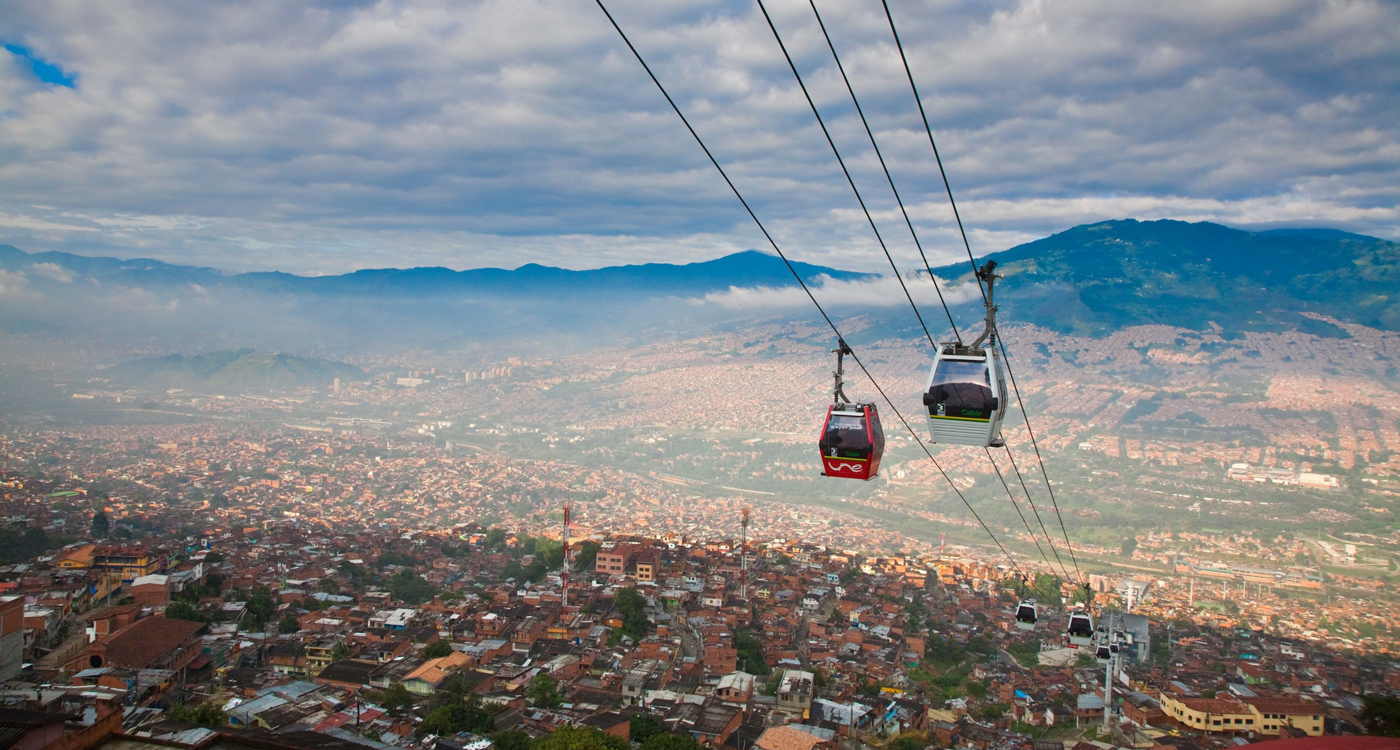 Despite a Chequered Past, the Colombian city of Medellín is One of the World's Most Interesting Places to Visit
August 2, 2013 Warren Singh-Bartlett 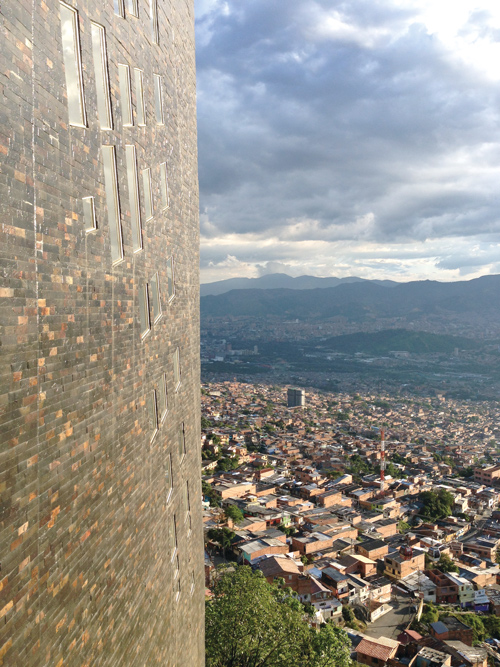 The Colombian city of Medellín may have a chequered past. It might even have a patchy future. But right now, it is also one of the most interesting, if occasionally unsettling, places to be.

I know about cities with bad reputations. Cities associated with war or gang violence. I know how hard they have to work to convince everyone they’ve changed and how even when they were mad, bad and dangerous to know, they weren’t twinned with Hell. Reputations like these are difficult to unmake. Just ask Belfast, Beirut, Belgrade.

Or Medellín. Even fifteen years ago, only the reckless (or the criminal) would have contemplated a visit. Decades of narco-trafficking had given Colombia’s second largest city a homicide rate almost three times higher than Juárez today and an abduction rate that would make Mexico City, Capital of the Kidnap, blush.

But that, my friends, was then.

In 2003, Medellín elected Sergio Fajardo as mayor. Son of one of Colombia’s most respected architects, Mayor Fajardo threw himself into reimaging his city.

Educational and social initiatives, aimed at Medellín’s shantytowns were paired with development and investment opportunities. The result was cycle lanes, new parks and the addition of two cable-car lines to the metro system, specifically to help shantytown dwellers get around more easily.

Fajardo did much of this through a series of Bilbao-style interventions, investing in new libraries, schools and cultural centres, many of them architecturally striking and often built in less advantaged areas.

Rather than turn to the starchitects – the Hadids, Gehrys and Koolhaas’ of the world – he invited nationals like Giancarlo Mazzanti, Rogelio Salmona and Daniel Bonilla, instead.

And so in La Ladera, Medellín got the stark concrete lozenge boxes of the Léon de Greiff Library, while in the heart of Santo Domingo, one of its most notorious slums, they got the equally striking Biblioteca España, a cluster of three black boulder-like buildings, both designed by Mazzanti.

If these are obvious examples of social engineering, so is Salmona’s Cultural Centre in Moravia. Once a sylvan getaway and home to the famous muralist, Pedro nel Gómez, Moravia is now another shantytown. Built of the same raw red bricks favoured by its inhabitants, Salmona’s building demonstrates how aesthetic the material can be in trained hands.

Naturally, I arrived aware of none of this. I knew that Medellín’s regeneration had earned it the Wall Street Journal’s award for the Most Innovative City of 2012 but with the weight of its recent past, I thought it better to arrive as unbiased as possible.

AS WE CAREENED DOWNWARDS, ZIGZAGGING WILDLY, MEDELLÍN SWUNG IN AND OUT OF VIEW. A TWINKLING CARPET OF LIGHTS, IT LAPPED UP BOTH SIDES OF THE VALLEY. INSTANTLY, I WAS HOOKED.

So my first surprise was learning that the airport was an hour’s drive from town. Located in the bowl-shaped Aburrá Valley 1500 metres up in the Central Cordillera, Medellín may never be too hot or too cold – earning it the epithet of the City of Eternal Spring – but this same topography also makes building a modern airport anywhere closer impossible. 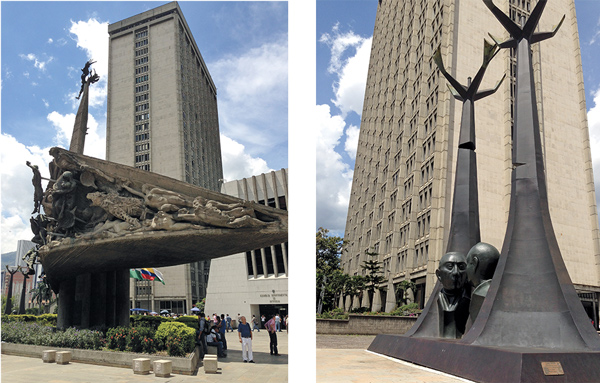 So as we touched down in darkness, I wondered where all the city lights were. Forty-five minutes later though, as the taxi came over the lip of the Aburrá, I got glitter. In spades. As we careened downwards, zigzagging wildly, Medellín swung in and out of view. A twinkling carpet of lights, it lapped up both sides of the valley. Instantly, I was hooked.

My second surprise was that my residence for the next few days, the archly-named boutique-lifestyle Hotel Charlee, was not in the centre, but in a suburb, partway up the valley wall.

This turned out to be Parque Lleras, a neighbourhood of El Poblado, the site of the original city founded in 1616. Leafy and understated, it was evidently one of Medellín’s swankier neighbourhoods, a froth of designer boutiques selling all things Italian (furniture and fashion), upscale restaurants, cafés and bars.

Even at 10:45 on a Sunday night, these were all overflowing. The city centre is apparently still too dangerous after dark, so Medellín’s nightlife is located on its peripheries.

Arriving at the Charlee was like walking onto a film set. In stark contrast to the boom-boom bars and ‘international’ restaurants clustered around the square outside, it was sheer glamour. Well-dressed, well-scrubbed and obviously well-heeled visitors sat chatting on the terrace.

I crowded into the lift with a bunch of expensive-smelling revellers, who I assumed were heading to the rooftop bar. But no. Exiting the lift together, I found myself following them through a crowd of art lovers, who’d spilled down the stairs from the exhibition being held upstairs.

The following morning, I shared the lift with passengers of a different kind. In addition to art openings, the Charlee also hosts Parque Lleras’ most popular and desirable gym. Its gently perspiring, designer-clad members were to become a common sight.

I set off for the city centre. Eschewing the Charlee’s suggestion that I take a taxi, I hopped on the metro. Discovering that Medellínites like to buy their tickets on a journey-by-journey basis, I queued just long enough to persuade me to buy a multipass.

The uncompromising geometries of the Biblioteca España stand in stark contrast to its surroundings.

“It’s our mixed heritage,” Isabelle, a friend of a friend will explain to me over lunch the following day. “The university did a genetic survey a few years back and most of us have genes from the indigenous population. They tend to be shorter and more round. And well, so are we!”

Being short and round myself, I feel instantly at home. Carabobo is a heaving mass of street vendors, shoppers, office workers and the occasional performer. Shops are packed full of shoes, underwear and pretty much everything else Made in China. Neon is the colour du jour.

I pass a small, whitewashed colonial church – Veracruz, the oldest in the city – and a bit further along, the jarringly neo-Gothic Palacio Nacional. Charmingly dilapidated, the mix of buildings reminds me, somehow, of Calcutta.

As I turn past the Carré and the Vasquez, two lovingly-restored late 19th Century trading houses, whose weathered brickwork and exposed wooden roof struts reminded me of another Asian city, Kathmandu, the bustle of Carabobo gives way to the openness of Plaza Cisneros.

The vast square is forested. Not by trees, although there are a few lovely swathes of bamboo but by 300 metal pillars. It’s another of Fajardo’s initiatives, as is the EPM Library, with its distinctive slanted façade, at the far end of the square.

Behind Cisneros, Medellín’s Modernist core rises. A mixture of mid-century and later additions, it is dominated by La Alpujarra, twin brutes that gaze solidly at one another across a wide plaza adorned with a sweeping and entirely heroic concrete sculpture by Rodrigo Betancur. This, I am told, is called The Monument to the Race.

Here too, Mayor Fajardo’s hand can be seen, both in the Plaza Mayor Convention Centre, a streamlined stone-clad structure topped by a massive wooden slat box across the road, which was designed by Daniel Bonilla, the most international of Columbia’s contemporary architects and the Bancolombia Exhibition Centre.

Wandering towards the fabulously retro EPM Tower, a golden lattice-work structure that towers above Carlos Julio Calle’s ‘intelligent’ EPM Building, which resembles in form, if not function, the Lloyd’s Building in London, I’m presented with a picture-perfect view over it all; Fajardo’s additions, the Modernist core, the city centre and, beyond, the mountains. I have a mini-Brasilia moment. Shades of Oscar.

The next few days are a whirl of museums and a trip by cable car to Parque Arví, a natural reserve threaded with walking trails that sits above Santo Domingo. As I enter, I am warned with quintessential grace (Medellínites are famously courteous) to be careful. Muggings have happened. But as I wander through the bounty of Colombian nature, chasing butterflies the size of dinner plates through sun-dappled rainforest, fear is not the emotion I feel. 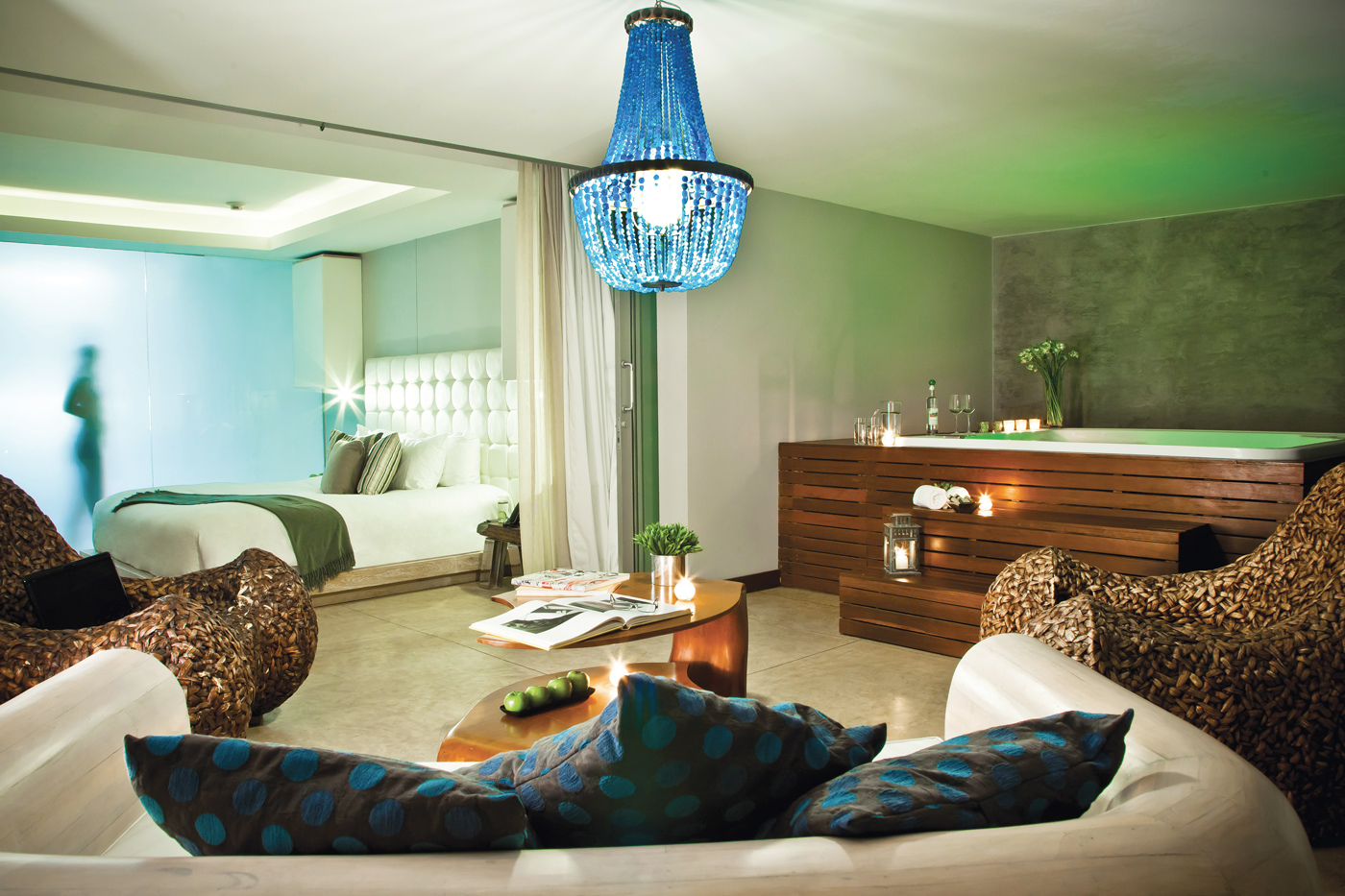 The view from the terrace into one of Hotel Charlee’s pleasure-oriented suites.

I spend my last evening with another acquaintance. Rafael is originally from Cartagena. He appreciates Medellín but misses his hometown’s colonial beauty and Caribbean lifestyle.

“Don’t believe it,” he says, when I tell him I’m impressed by Medellín’s new bounce. “The changes aren’t deep enough and now, it’s all coming back.”

When I ask to what ‘it’ he’s referring, Rafael cocks his fingers and mouths ‘bang’.

“We thought we’d got rid of the violence,” he says, “but the gangs just went quiet for a while.”

As if to confirm Rafael’s pessimism, the headline the next morning reads “21% of [Colombian] Kidnappings In Department of Antioquia”. The article makes for chilling breakfast reading. Unwilling to leave on a low note, I decide to get high. Hopping into a cab, I head for the paragliding sites on the valley rim, north of the city.

As we pull in, my tandem pilot, Alejandro, is waiting. Our bright yellow airfoil is unrolled and ready to go. A minute later, as the wind catches us and my feet leave the ground, one of Isabella’s semi-joking asides runs through my mind.

“In Medellín,” she’d said, as we waded into our starch-o-riffic lunch of tamale and pastel de arroz cartagenero, “fun and terror are often close together.”

She’d been talking about something else – drifting through a gangland gun battle while taking visitors on the K Line cable car up to La Aurora a few years back – but it seemed to apply just as well today.

As we ride the thermals, we are caught by a crosswind. I’m reminded that all that prevents me from plummeting to earth – some 1800 metres beneath my dangling feet – is a flimsy harness of Velcro straps and D-rings. I would have panicked, were it not for two things. First, the reassuringly relaxed voice of Alejandro and second, the view.

Not that my body appears to have taken any notice. My spirit may be soaring but my death grip on the straplines refuses to loosen. As the mountaintops recede and we bank over Medellín, the wash of tiled roofs, cubist shantytowns and forests of red-brick residential towers is, almost literally, heart-stopping.

Beautiful. Terrifying. Cultured. Cruel. Violent. Violently happy. However you frame it, Medellín has a way of taking your breath away.