Products | Decor | Who Knew Concrete Could Have Such Sensual Curves? 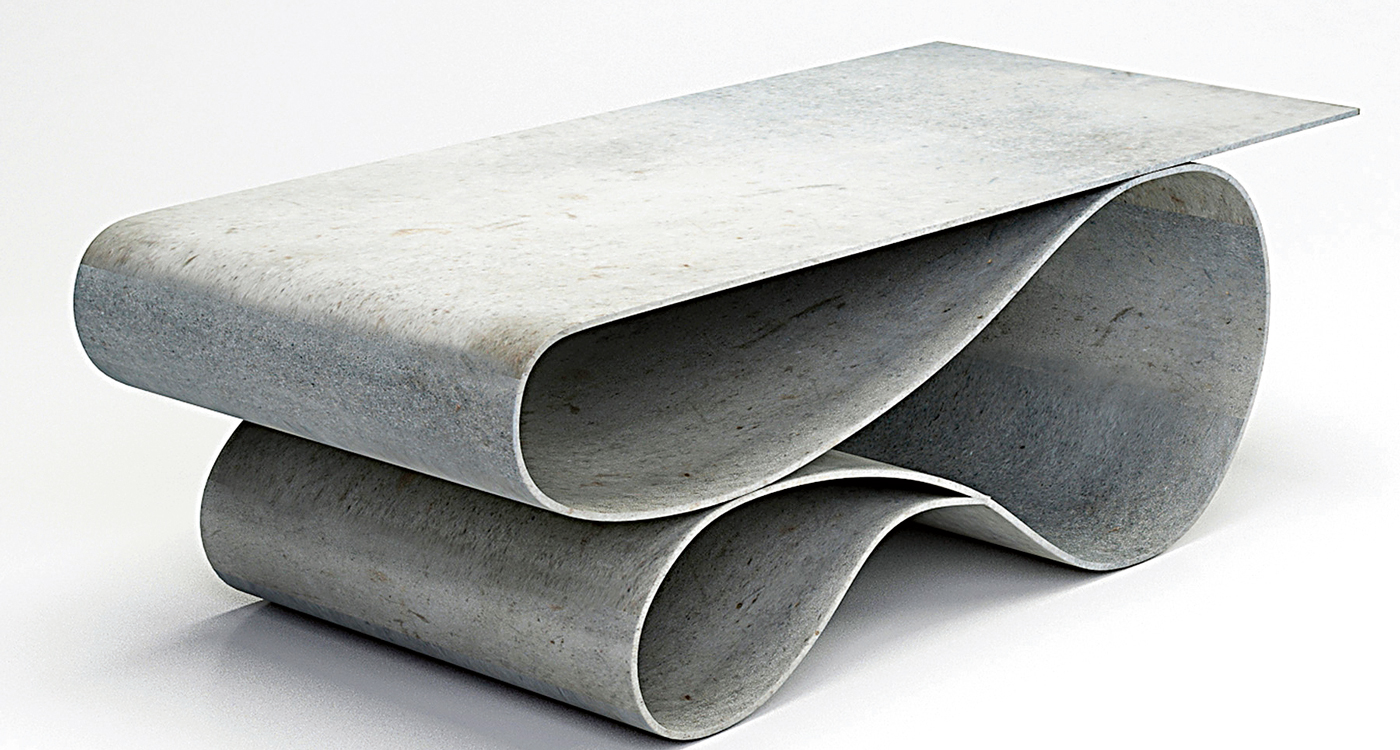 Who Knew Concrete Could Have Such Sensual Curves?
April 4, 2018 Nicolas Shammas

This spectacular console is the creation of Neal Aronowitz, a native of Brooklyn, who studied art and architecture in New York before settling in Oregon. It’s made from Concrete Canvas, a material that was pioneered and patented in the UK and consists of fabric impregnated with cement. Though previously associated with the covering of disaster-relief shelters, Aronowitz found himself fascinated by the material and wanted to stretch its tensile strength to the limit in the pursuit of aesthetic beauty. He finally achieved a ribbon-like structure but only after devising new casting and forming techniques. And as an acknowledgement of his efforts, he was recently awarded a prize by Gray, an American design magazine based in the Pacific-Northwest, on whose panel of judges sat the pre-eminent designers Philippe Starck and Karim Rashid. (The console is priced at 16,000 USD.)