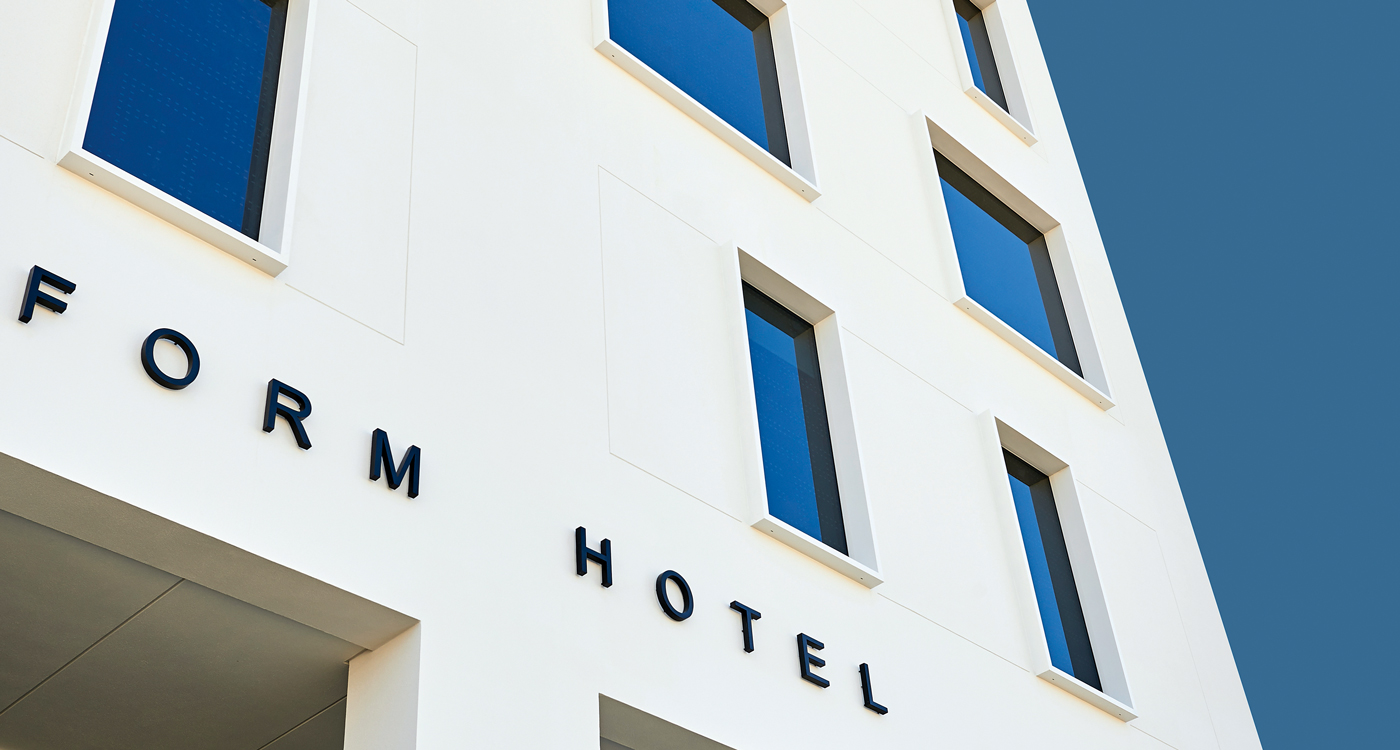 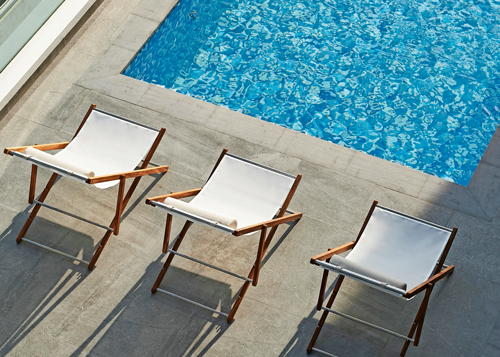 It’s hard to think of anything as simple in Dubai. You might even call the glitzy city a Babylon for our era: built to wow the world and endowed with the world’s tallest tower, man-made islands shaped like palm trees and marble everything, ideally inlaid with gold. Ferraris and Rolls Royce’s line mall entrances and luxury labels jockey for shop space in a market where money often is no object.

But beneath that awe-inspiring gilded layer lies a new root system, one that includes a budding crop of hotels that are surprisingly affordable and well, shockingly normal in a normcore kind of way. Amongst these is Form Hotel, which opened in March 2019, an unconventional property (for this region, at least), which offers thoughtful design to people who’ve worked for their money and don’t want to waste it on things they don’t need, or worse yet, on things they don’t want.

Touting itself as “a novel and design-focused boutique hotel aimed at forward-thinking travellers,” according to the founder, Tarek Daouk, it is set in the emerging Al Jadaf and Culture Village neighbourhood. Sure enough, even the location is ahead of its time: “The prognosis is that one-year from now, almost 90 per cent of the construction will be finished and by that time we are expecting a huge volume of visitors to the area,” explains Siegfried Poppe, the hotel’s General Manager. For now though, it’s a bit of a no man’s land and you can still see plenty of native desert landscape in between the handful of buildings being erected nearby. That, however is offset by the fact that the hotel is very accessible: it’s a 10-minute drive from the airport, a quick walk to the Al Jadaf subway station and a stone’s throw from the newly opened Jameel Arts Centre on the Creek. All in all, this location sure beats the 45-minute transit to everywhere you might experience if you were staying, say, at the top of one of those palms. (Which are fine of course, but only if you don’t plan to come and go all day long).

THE HOTEL IS IN A BIT OF A NO MAN’S LAND THAT’S OFFSET BY THE FACT IT’S ACCESSIBLE. 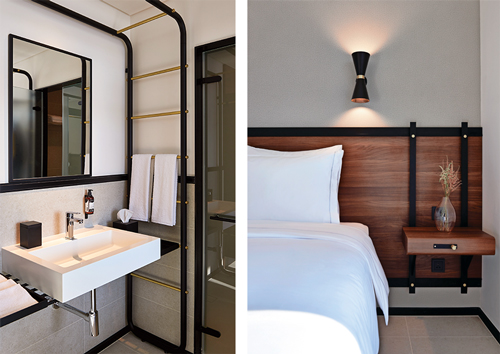 If venturing out is your thing then this is a bull’s eye. Though it’s part of Design Hotels, a global platform that handpicks stylish boutiques around the world, Form is shockingly affordable. The Ideal King room we had, in fact, can be had at a remarkably low rate of 85 USD a night. For 15 USD more, they’ll throw in breakfast as well. Granted, it’s not the kind of over-the-top, eyeball popping buffet spread you’d find in most of Dubai’s five-star properties, but you get Middle Eastern staples like hummus, labneh, zaatar and eggs in the lobby’s light and airy Roots Kitchen by Parlour restaurant. Then again, perhaps you’re an intermittent faster and don’t eat breakfast? In that case, you’d rather not have to pay for breakfast, right? That is exactly the premise for Form.

Although you get all the basic mod-cons most of us can no longer live without, like a custom-crafted luxury bed, complimentary high-speed WiFi, a high-pressure rain shower and a 49-inch Samsung HDTV (with Google Chromecast, so you can stream from your phone), everything else is up to you and chargeable. For example, you could add on Le Labo toiletries or a shoe polish kit, things that other hotels automatically assume you’ll want. Or you could get creative. “Our most popular services are private yoga sessions and the private butler,” explains Siegfried Poppe, the hotel’s General Manager. Form also offers a great selection of unique experiences, like a Desert Conservation Drive, where you’ll take in local flora and fauna from the comfort of a Range Rover, or a Foodie Tour, where you’ll discover the city’s hidden culinary gems.

The basics, though, were more than enough during our recent visit. When you’re in town for business like we were (ok, the Dior S/S 2019 couture show was hardly work), you just want a soft bed, a clean fresh room and some healthy food options. The rooftop pool (included in the rate, in case you’re wondering) is also a must if you have an hour to spare. Form’s one currently overlooks a bunch of construction sites, but you can take a glass half full approach and use this as inspiration for your own projects in the making.

Roots Kitchen by Parlour is the hotel’s main restaurant and a sister concept of the already established and popular restaurant café, Parlour Boutique in Dubai’s One Central Tower.

We also appreciated the aesthetic of Form: designed by Paris-based studio Architecture-Studio, the building features an all-white façade with irregular window openings, while the lobby and restaurant is all white, smooth plaster on the walls, with marble, brass and dark wood furniture reflecting the area’s history. “Timeless design is the keyword, with a nod to our surroundings. The wooden panels represent a deconstructed dhow, the traditional sailing vessel in the area,” Poppe tells us. “Dubai is currently building the biggest one of the world,” he adds, naturally.

The last bit is a reminder that this little haven is in fact in the aforementioned unapologetically bold city, one that’s aiming to be the world’s most popular tourist attraction by 2025, when it will have over 132,000 rooms for a population of 3 million people. (As a reference New York City has 125,000 and a population of 8.6 million people). Then again, it’s partly due to this rapid increase in supply that the average room rates fell to a 14-year low last July, even at the big luxury chains.
But fluctuation or not, Form’s approach, which could be compared to Ikea’s hugely successful affordable design strategy, should please travellers looking for a more tailored, personal experience, perhaps even those who can afford higher nightly rates. Because really, who wants to pay for things they don’t want? Not me. I’d rather save my money for a pair of Dior shoes.