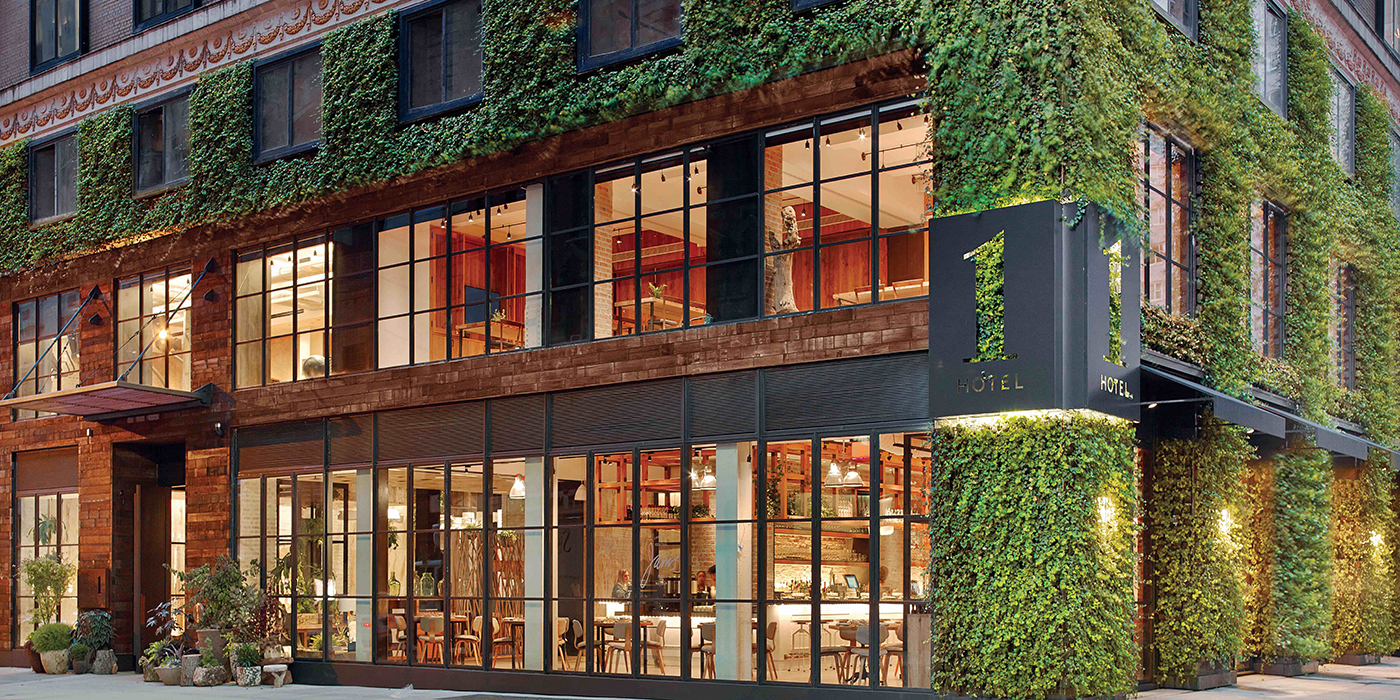 Is Eco-Travel an Oxymoron? 1Hotels and Air France Say Not
July 12, 2018 Nicolas Shammas

Switching to LED lights in our homes, recycling cans, plastics and bottles and bringing our own reusable bags to the supermarket are some of the things most of us can now check on our list of ways in which we reduce our impact on the environment. But what else should we be considering? Using a line to dry our clothes? Easy enough. Shortening our showers? Alright. Switching to an electric vehicle? Ok. Composting our kitchen scraps? Hmmm. How about becoming a vegan (which study after study shows has the lowest environmental impact)? That might be a step too far for many of us.

Nevertheless, there are a couple of other ways to reduce our carbon footprint that are often overlooked. The first comes down to the hotel group you’re loyal to whenever you travel abroad and the second is the airline you use to get there.

It’s a fact that the international aviation industry is now responsible for an almost three per cent of global carbon dioxide emissions. Sadly, few airlines are doing enough to reduce those figures and the yearly increase in the volume of global travellers is only exacerbating the problem. But there is thankfully one airline doing more than most and that’s Air France. The French national carrier has actually been testing biofuels since 2011 and they have found that by using a 50/50 combination of traditional kerosene and jet fuel produced from used cooking oil, they’re able to reduce the level of harmful CO2 emissions by roughly 50 per cent. 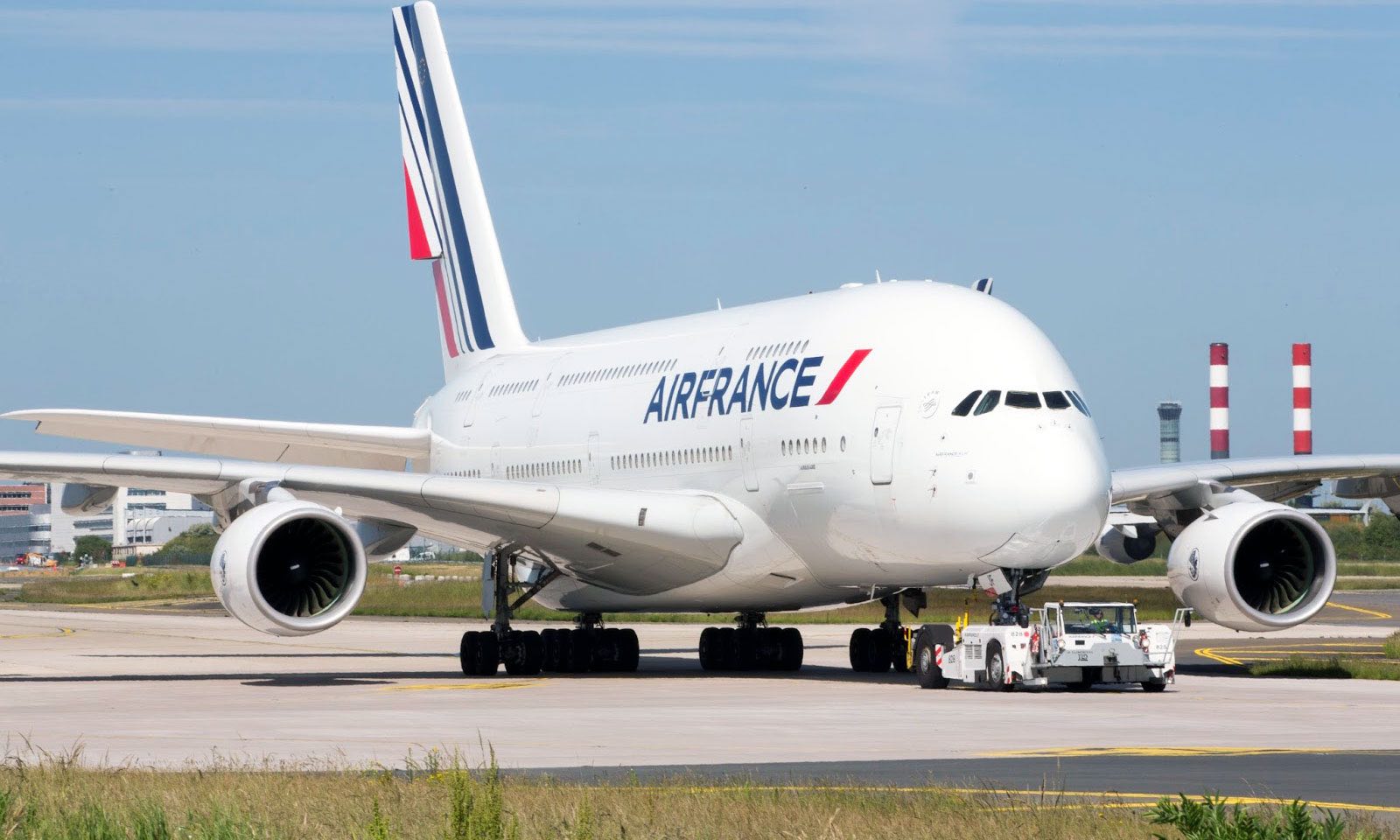 The Air France-KLM Group has committed to minimising its environmental footprint with a goal of reducing its CO2 emissions by 20 per cent by 2020.

In a great twist of fate, I needed to travel to New York in May, but to my horror I discovered that one round-trip flight between Beirut and New York generates about 40 per cent of the greenhouse gases that the average car emits over an entire year. So I figured I’d have to make a responsible choice and go with Air France. Of course, offsetting at least some of the planet-warming gases that my trip was going to generate made me feel better about myself but the fact that my munificence also led me to book into one of the most eco-friendly hotels in the world in Manhattan gave me some icing on top.

You probably haven’t heard of 1Hotels Group yet, but it’s a pioneering new brand that began in 2015. 1Hotel Central Park is located in Midtown Manhattan, just one block south of Central Park and one block east of 5th Avenue, a stone’s throw away from heavyweights like the Mandarin Oriental, the Ritz Carlton and the Plaza Fairmont. But this property is not like those others and it was conceived to be as such by Barry Sternlicht, the man who previously founded, chaired and ran Starwood Hotels & Resort from its beginnings in 1995, through the launch of W hotels in 1998 (which proved that design-led hotels could go mainstream) until 2005, at which time he left to begin a new chapter in his life.

Rooms start at 500 USD in low season and feature an abundance of reclaimed materials, cool furniture by local craftsmen and a colour palette of warm, neutral colours offset by blues and greens. The mattresses are made of hemp by Keetsa and are topped with organic cotton sheets. There are recycled paper hangers in the cupboards, cotton socks instead of slippers, rocks that say “Now” and “Not Now” instead of plastic hanging “Do Not Disturb” signs, and as you’d expect there are recycling bins aplenty.

“We’re not a brand, we’re a cause”, Sternlicht has been quoted as saying about 1Hotels, clearly aiming to differentiate his group from yet another hotel chain that has decided to “paint itself green” via better practices such as installing LED lights, recycling and not washing towels daily – all of which are now common industry practises due to their money-saving benefits, rather than anything else. No, what Sternlicht has done with 1Hotels is create the first mission-led hotel chain with a guiding principle of environmental consciousness.

“1Hotels started from a simple belief that those who travel the world, care about it,” he explains. “I think our customer self-selects. Just like people chose to stay at W because they wanted to be cool, now I think as we grow, people say they stay at the 1 because it says something about them. Not everyone will care, but we’re just trying to make it incremental.”

The bathrooms in 1Hotel Central Park rooms feature a glass cube shower, large eco-friendly soap and shampoo dispensers and an hourglass timer that lets you know when you’ve passed the recommended 5-minute mark.

Of course every little bit helps, and customers are responding in kind. According to a recent TripAdvisor survey, nearly two-thirds of global travellers reported plans to make more environmentally friendly choices over the next year. And while on holiday, 88 per cent of travellers turned off lights when not in their hotel room, 78 per cent participated in the hotel’s linen and towel reuse programme and 58 per cent used recycling in the hotel.

So far, there are three properties in the 1Hotels portfolio and all are LEED certified, which means they pass stringent testing for energy and water efficiency, waste reduction and management, sustainable and local purchasing, plus they offer alternative transportation (via Tesla, no less). The first 1Hotel opened in Miami in 2015 as a conversion of the former Gansevoort in South Beach. That was followed by this property in Manhattan, and most recently came a ground-up custom-build in Brooklyn’s Dumbo district. There are also four more projects in the pipeline, with West Hollywood, Sanya (in China), Cabo San Lucas (in Mexico) and Silicon Valley all due to open before the end of next year.

The fact that 1Hotel Central Park is a green hotel couldn’t be more obvious, as it’s literally covered by a lush, ivy-covered façade. The natural theme continues past its massive doors (which are made out of steel, embedded with 16,000 twigs and manned by Abercombie-looking young male models) and it permeates through the lobby, where the ceiling is made from locally salvaged reclaimed oak and there are hanging plants and terrariums everywhere. Venture in a little further and you’ll find a highly Instagrammable piece of living art near the lifts that spells out 1Hotel’s mission statement: “No thing is ever really lost”. 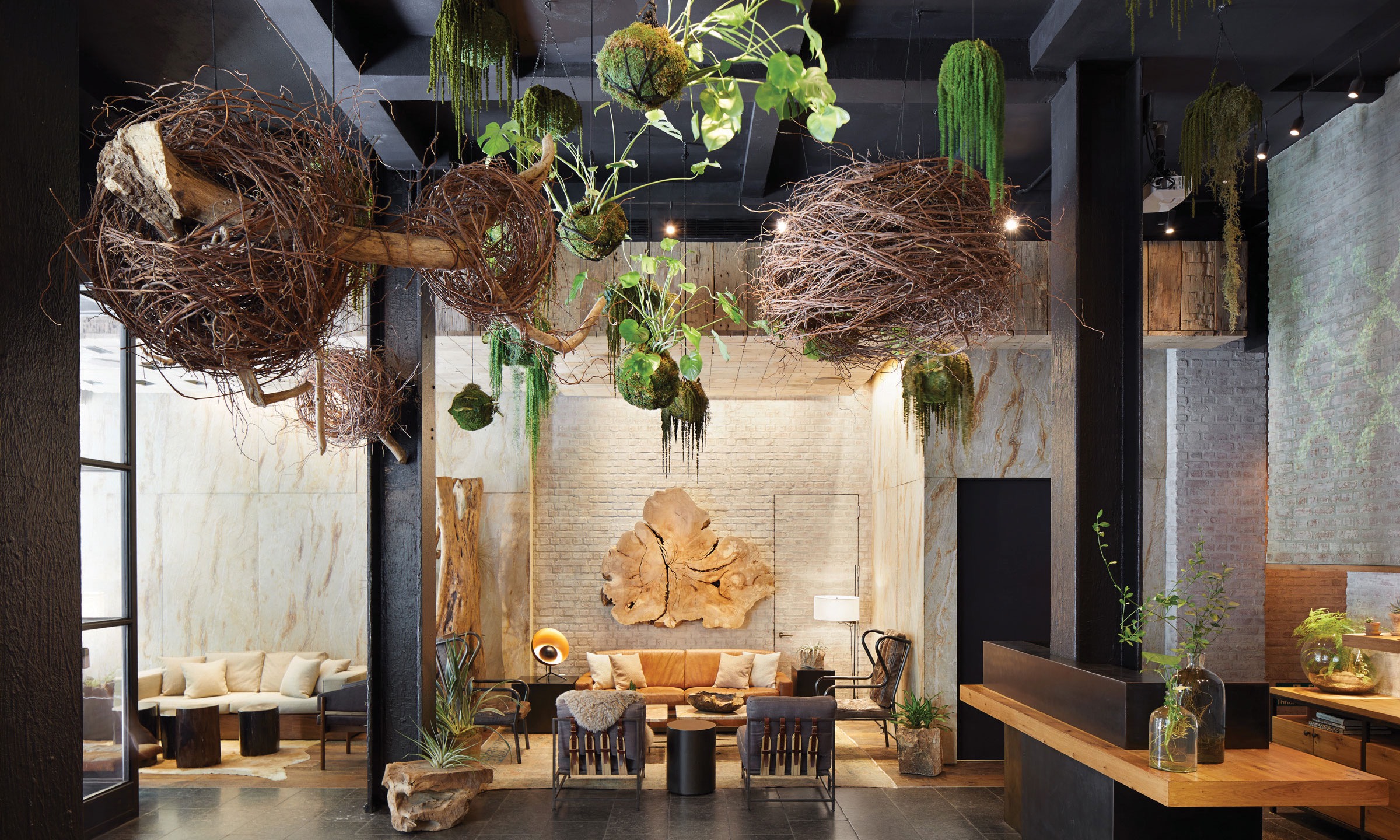 Even the suspended art in the lobby is inspired by nature – like this gorgeous slice of a tree trunk that hangs above a sofa next to the check-in desk.

The rooms themselves are clad in reclaimed materials ranging from brick and stone to penny nails and acorns. They’re decorated with furniture made by local craftsmen, feature mattresses made from a natural hemp-blend and walk-in showers that were designed to look like indoor greenhouses. There are no plastic bottles, instead there are taps, sinks and showers equipped with Triple Clear Water filters. There’s also no paper, but there are bedside blackboards as well as tablet devices preloaded with newspapers.

“It is sometimes said that ‘green’ design and luxury cannot co-exist,” says Greg Bradshaw, one of the principals at AvroKO, the New York-based design company that helped conceive the project. “We were excited to take on that stereotype and attempt to disrupt the thinking about environmentally-conscious venues.”

“I think what we are talking about is improving the world one bed, one towel, one plastic bottle that isn’t in the hotel at a time,” adds Sternlicht. And just like Air France who recently helped persuade the European Union to set a biofuel goal of 3.5 per cent of the total aviation fuel consumption on the continent by 2020, 1Hotels have made it their mission to keep travelling in the right direction.