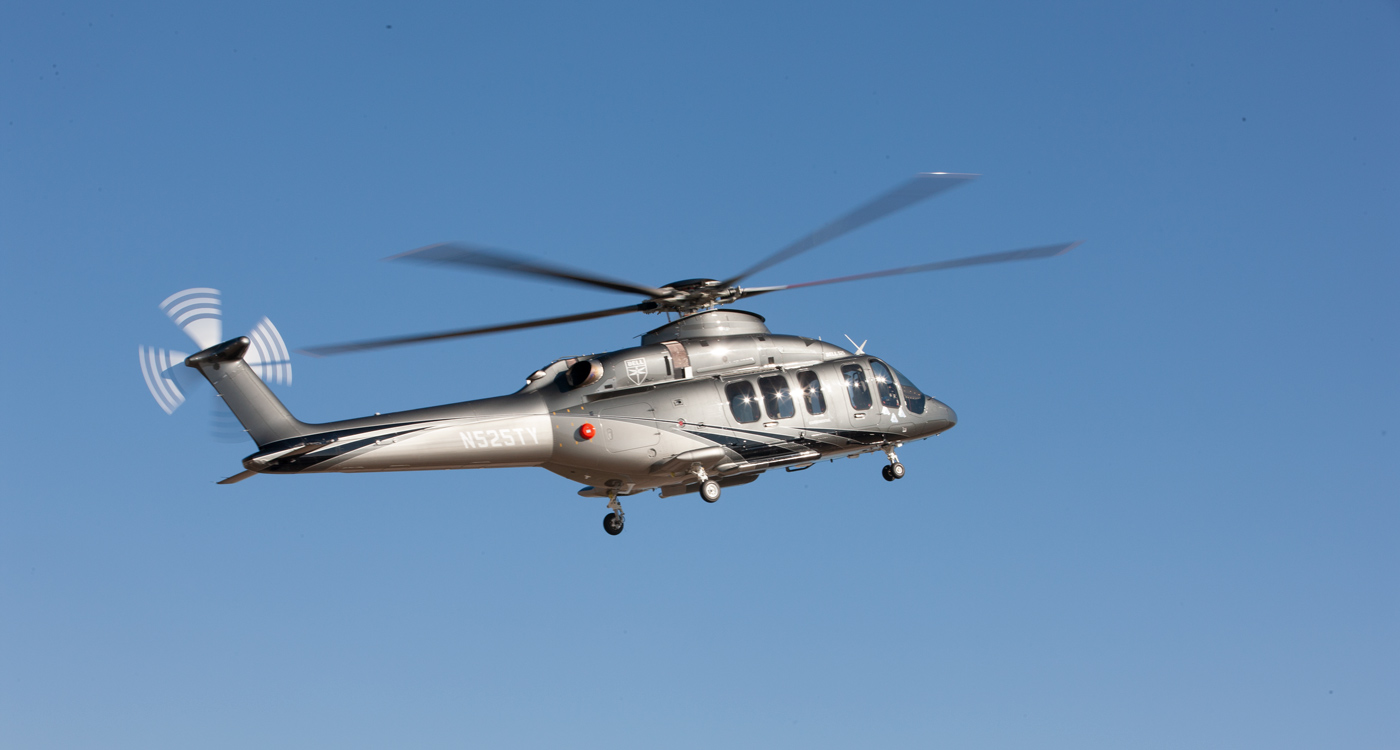 If you’ve ever dreamed of flying over urban chaos in style without ever having to pass airport security then this one’s for you. Bell’s new 525 helicopter offers that and a lot more.

It’s fair and accurate to say that a private jet is no match for a helicopter when it comes to usability, functionality and practicality. No runways required, no hangars, no airport faff and significantly lower running costs – just get in, take off vertically and head for your chosen destination once the flight path has been approved. So why, then, are these things not more popular as modes of luxury transport?

Quite possibly it’s to do with noise, vibration and a lack of room in the fuselage – all valid points but ones that companies such as Bell are doing their very best to remove as obstacles to ownership by those who prize luxury amenities when travelling through the air. A chopper might be fine to get a yacht owner to the coast in a few minutes but the thought of more than half an hour in one could cause a mild panic attack at the very thought. Bell, then, would like a word with you regarding its soon-to-be-launched 525 Relentless.

It’s been a long time coming, the 525. In fact it was unveiled eight years ago but its development has been besieged by shifting world economic conditions and other factors, including a tightening of the oil industry’s collective belt but it’s getting ready to finally enter the marketplace, should you be in the fortunate position of having 15 million USD burning a hole in your pocket.

When you consider the complexities involved with helicopter design and construction, lengthy gestation periods should come as no surprise and the 525 will be introducing enough new tech to the chopper scene to make it a significant leap forward in flight automation and electronic interfaces, with it being the world’s first commercial helicopter to feature ‘fly-by-wire’ controls.

This is a big deal and goes some way to explain the delays in its certification processes, for it means pretty much everything is controlled via touchscreen interfaces rather than the usual hand controls, as well as a lack of physical componentry between said controls and the oily bit like the engines and rotors. If you’re resolutely old-school, perhaps this isn’t for you, but fly-by-wire technology has been used in aviation for decades and is statistically safer, as well as much lighter and less space restrictive, making for better fuel efficiency and lower running costs, as well as a more refined flying experience and, crucially, improved situational awareness for the people up front doing the flying.

Bell is touting the 525 as a “game changer for the aviation industry, bringing new technological advances that will benefit operators and increase safety standards” and it’s what’s known as a ‘medium lift helicopter’ with sufficient space inside its fuselage for two pilots and up to 16 passengers, with a whole multitude of luxurious space designs available if it’s going to be used for luxury and VIP transportation instead of mountain rescues.

The innovative interiors are designed by Mecaer Aviation Group (MAG), an acclaimed designer and manufacturer of high-end cabin comfort systems and, if you see some of the mock-up designs you’d swear you were looking at the interior of a luxury jet, such is the level of customisation available for layout and luxury fixtures and fittings. This magnificent flying machine can also cruise at nearly 300kph, at altitudes of circa 15,000 feet and cover up to 1,000km (or six hours of flight time) without refuelling, in the most extreme weather conditions.

“The Bell 525 is taking luxury helicopter transport to a new level,” says Patrick Moulay, Bell’s senior vice president for International Commercial Business, adding that it “provides an unprecedented level of luxury, style, and comfort and introduces enhanced features and technology that set it apart from any other VIP aircraft.” So far, though, we can only take his word for it, as the production model is yet to be demonstrated to the world’s media. Potential corporate clients, however, have experienced it at Bell’s headquarters in Fort Worth, Texas, and have been generous with praise for its refinement and impressive performance.

Designed from scratch with top state officials in mind, as well as large corporation owners and offshore oil and gas companies, the Bell 525 Relentless will always be a rarity but its status as one of the world’s most desirable vehicles is already assured. 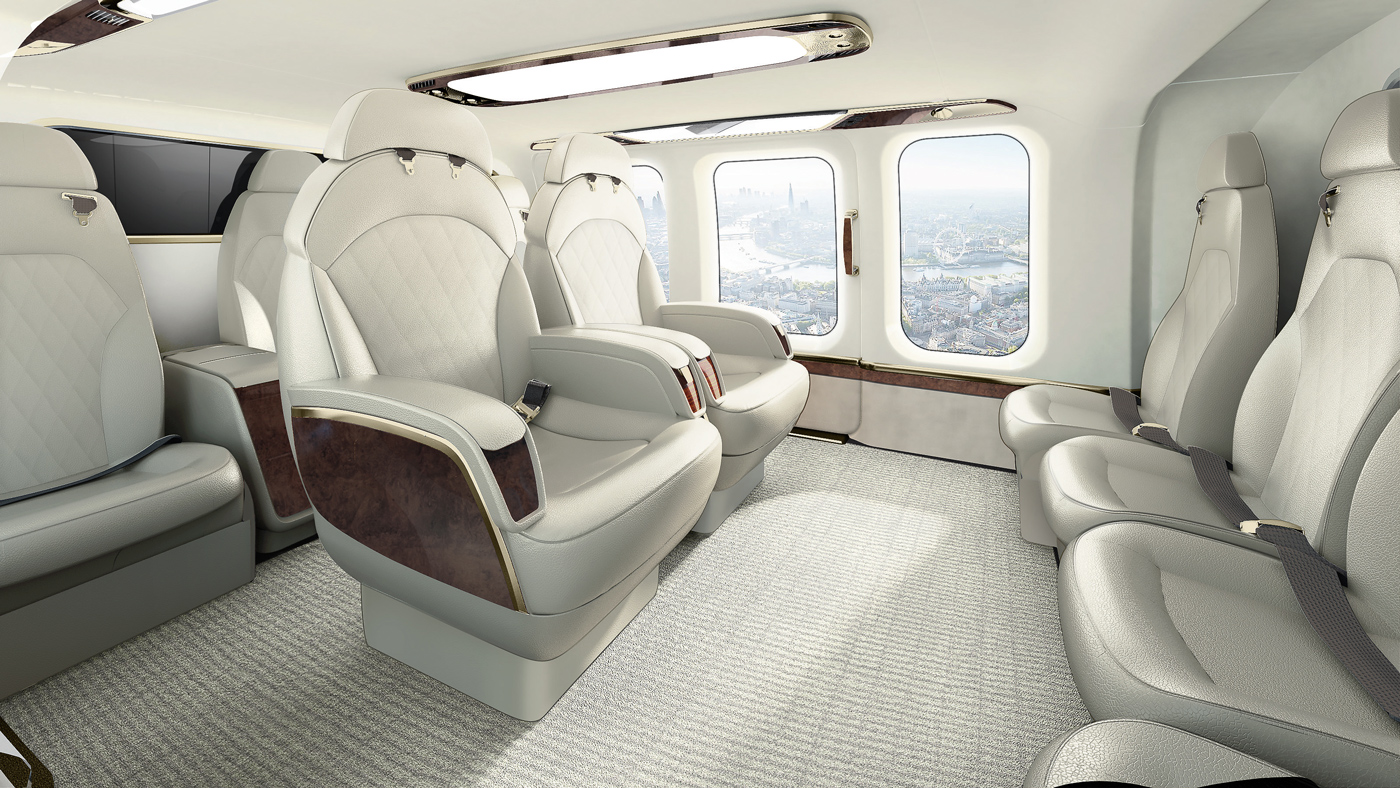 Panerai’s Submersible PAM683 Wants to Go Diving With You