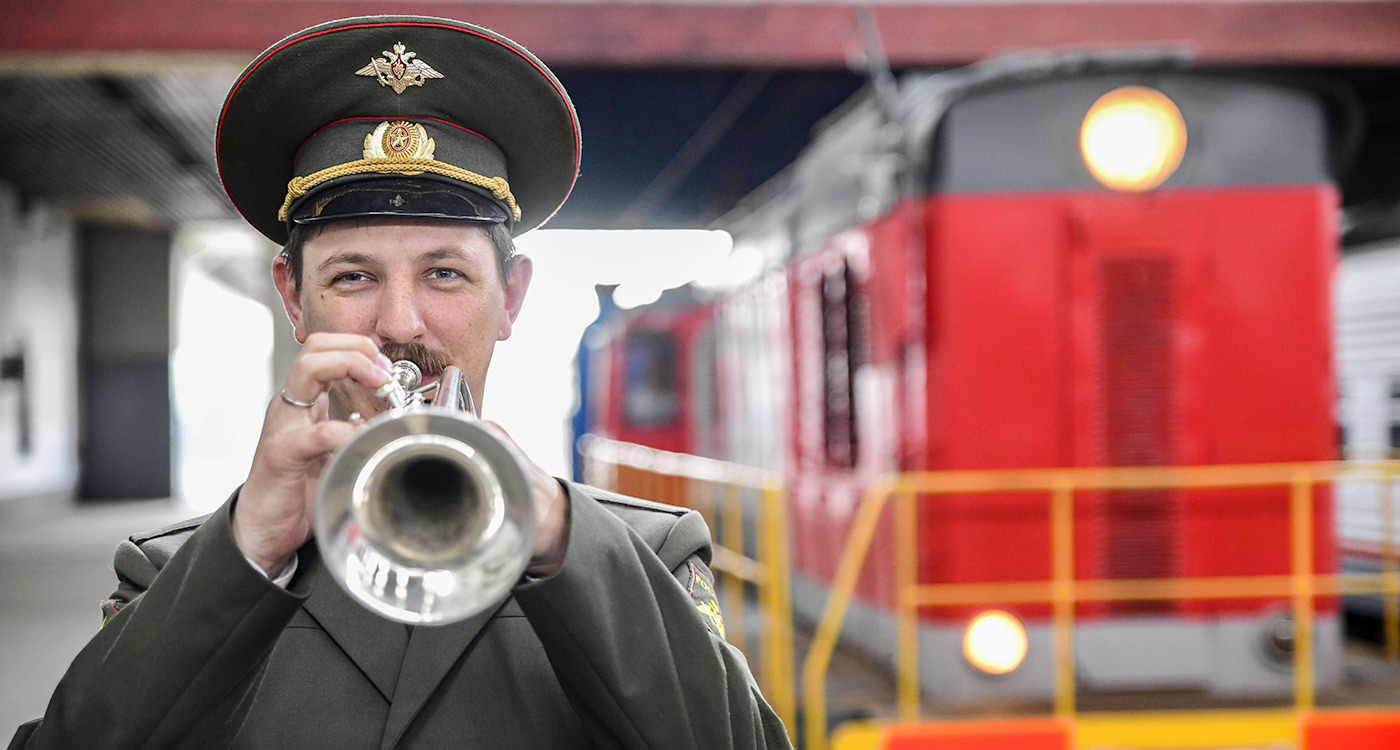 It's Long and Far but the Golden Eagle Trans-Siberian Express is Luxury on Rails
November 14, 2018 Nick Walton 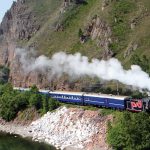 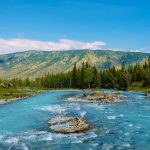 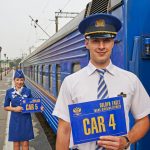 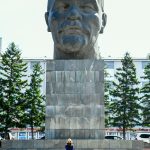 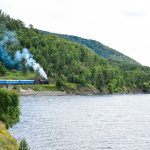 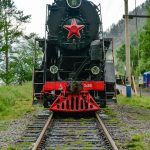 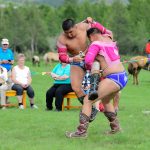 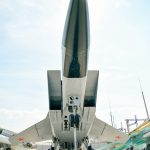 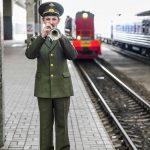 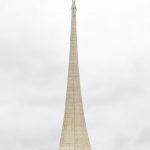 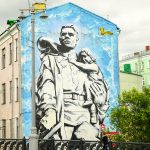 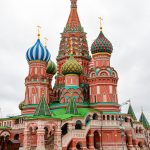 Watch what happens when you mention the Trans-Siberian to people – you’ll get one of two reactions. From some you’ll get a moment of reflection, and then of understanding. From others, you’ll get saucer-eyes and a look of longing. Whether or not the Trans-Siberian is on your radar, everyone recognises the route for what it is: an impossibly ambitious, staggeringly-expensive undertaking, especially given technology at the turn of the last century, that reaches across continents, linking cultures and peoples and landscapes, from the bustle of central Moscow to the vast, seemingly-empty expansive of Siberia, and the weather-whipped shores of the Pacific. If you ever needed an example of the perseverance of the human endeavour, the Trans-Siberian is it.
While there are many trains plying the Trans-Siberian Railways and its spider’s web of tributaries, I’m embarking on my own journey in truly regal style, aboard the Golden Eagle Trans-Siberian Express, a luxury rendition launched in 2007 by a British rail firm that recognised spending a whole week on commuter trains wasn’t for everyone. 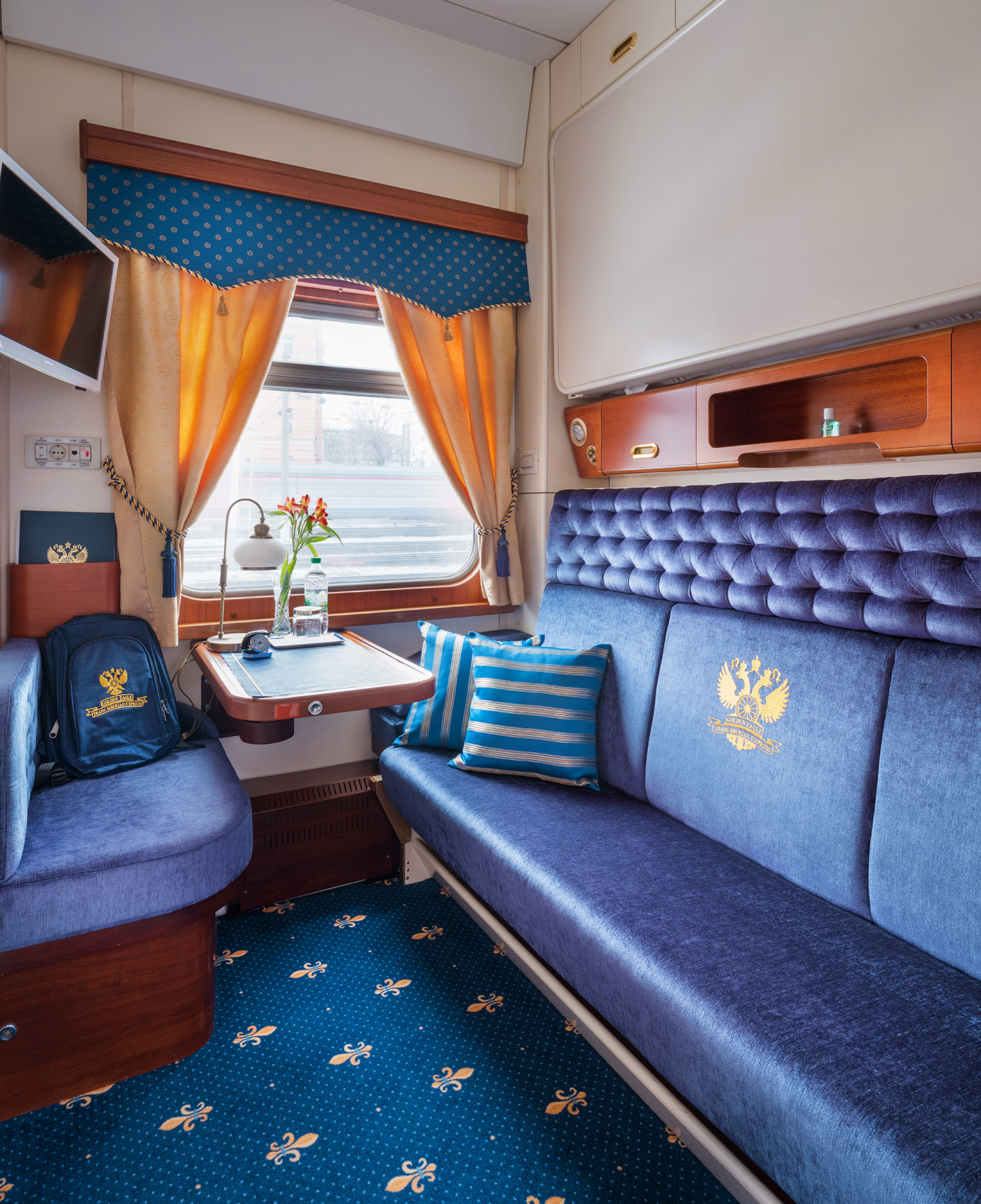 At an elegant dinner at the Ritz-Carlton Moscow I meet my train companions – 69 guests in total – on this adventure. The allure of the journey ahead of us, like the train, transcends cultural and geographic borders and there are guests from the UK, US, India, Australia, the Middle East, and Asia. There are professionals taking time off to explore Russia, retirees ticking off the final destinations on their bucket list, and a handful of passionate train enthusiast excited to embark on the ‘big journey’.

Opened in stages between 1891 and 1916, The Trans-Siberian is a steel ribbon that runs the length of the world’s largest country, an impossibly long lifeline that passes through the eight time zones and numerous autonomous republics, between the major cities of the west and Siberia, the “Sleeping Land” which reaches from the Ural Mountains to the Pacific.
“There’s no journey like the Trans-Siberian,” says a lawyer from Ohio as we watch white-gloved waiters sabre champagne bottles for a pre-dinner toast. “Most of my travel has been confined to North America but I’ve always wanted to do the Trans-Siberian and tomorrow, we finally will.”

The next day, after a fascinating tour of Moscow that includes visits to Red Square, the Kremlin, St Basil’s Cathedral and the Memorial Museum of Cosmonautics (the city’s space museum), we’re greeted at bustling Kazansky Railway Station by a brass band in crisp military uniforms, who strike up a jovial marching tune to announce the arrival of the Golden Eagle, with its nine gleaming passenger carriages in azure blue and gold. As we settle into our compartments, we depart Moscow, drawn by a historic Soviet-era steam train, complete with red Soviet star on its boiler plate, a homage to the thousands of train journeys that have left Kazansky, bound for all points east.

I’m a self-confessed train junkie and spend the dwindling hours of daylight in my Silver Class compartment gazing out the large picture window as the city centre is slowly replaced by suburbs, then belts of factories with red and white smoke stacks towering in the fading light. My compartment has a small table, a bench seat in blue velvet that my carriage’s stewards, Angeleka and Denis, convert into a bed each night, an LCD screen that offers access to an extensive collection of documentaries, and a combination toilet and shower. After dinner is served in one of the train’s two elegant dining cars, I drift off to sleep to the swaying samba of the train as it races east, towards the Ural Mountains.

Unlike the regular Trans-Siberian trains, which never seem to pause as they race across the vast expanses of Russia, the Golden Eagle Trans-Siberian Express offers guests a fascinating and insightful itinerary of tours and experiences that not only help define the railways’ history, but also give a sense of place to cities like Irkutsk, Novosibirsk and Ulan Ude. In Kazan, a political and economic powerhouse and the capital of the Republic of Tartarstan, we explore the city’s ancient Kremlin (the word simply means fortress and many cities have their own) under a robin’s egg sky. The towering minarets of the Qolsharif Mosque, one of the largest in Russia, are a beautiful contrast to the modern al fresco restaurants that line the banks of the Kazanka River. That afternoon we dine on regional dishes at Dom Tatarskoi Kulinarii, a stunning local restaurant lit by lead glass skylights, as an opera tenor sings traditional Tartar folk songs.
Not all of the cities on the Trans-Siberian have traditionally been so welcoming. Yekaterinburg, which was founded by Peter the Great in 1723, was for many years completely closed off to foreigners due to its important armament factories. At the heart of the city is the beautiful Church of All Saints, built in 2003 on the site of the execution of Tsar Nicholas II by the Bolsheviks. The legacy of the Tsars has persevered through the Soviet era and today, modern Russians regard their tragic Tsarist history as important a part of their national identity as the iconic helicopters and fighter-bombers on display at the city’s sprawling Yekaterinburg Military Museum. 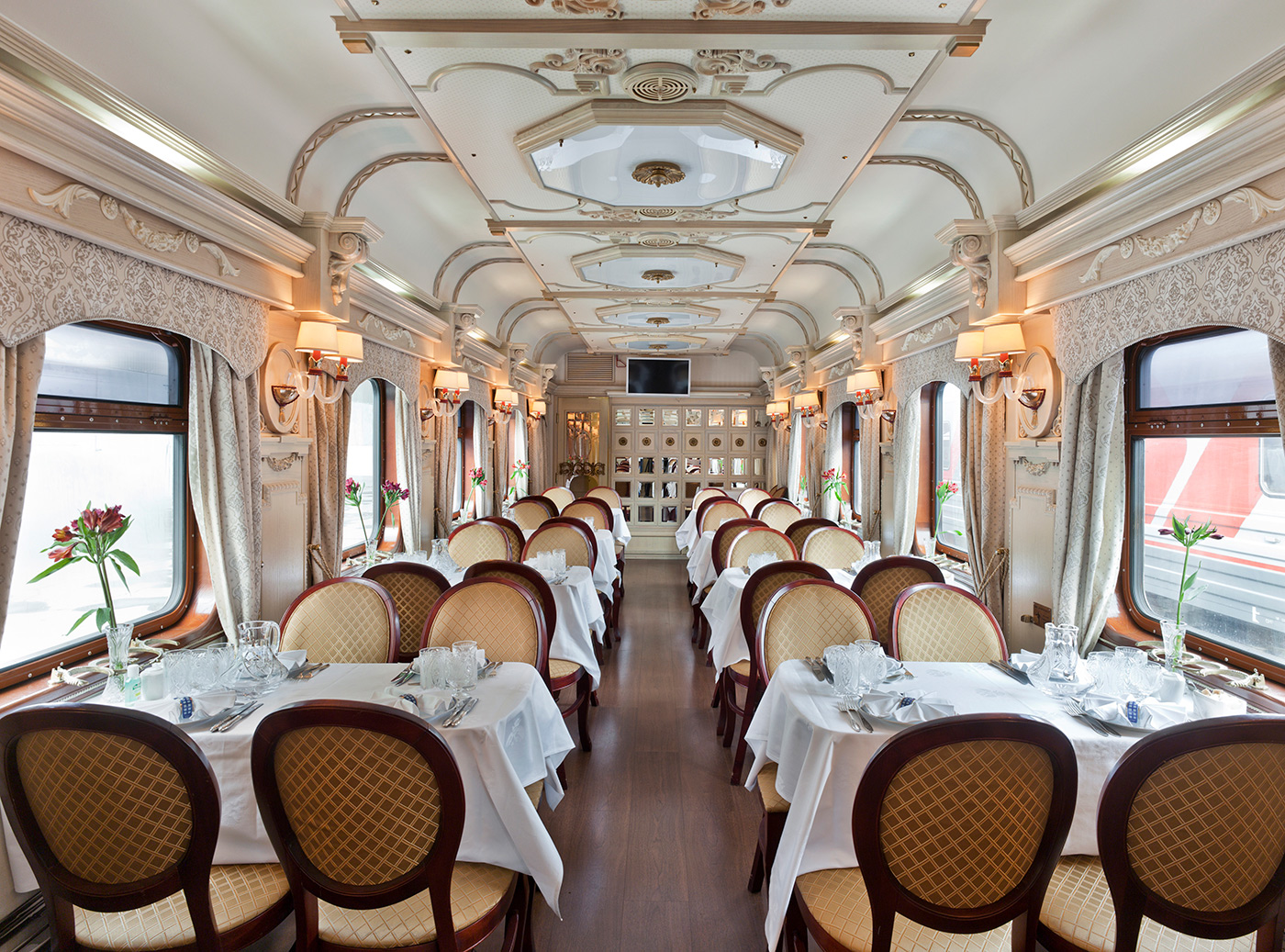 Finally, we pass through the Ural Mountains, entering Siberia under the cover of darkness, waking to explore its most important city, Novosibirsk, or “New Siberia”. Here there’s time to gaze up at towering Soviet steam trains at the outdoor Railway Museum, home to a century of rail history, and enjoying a behind-the-scenes tour of the city’s opera house, one of the largest in the world.

At every point along the journey there are activities and lectures that help put this vast country in context. In Irkutsk we enjoy an intimate concert at the former mansion of Count Sergei Volkonsk, one of the Decemberists exiled to Siberia after challenging the rule of the Tsar. We sweat it out in a traditional Russian banya sauna, prepare classic Russian dishes during an intimate cooking class, brave the chilly waters of Lake Baikal, the world’s deepest, during an early morning swim, and trace the lake’s coastline pulled by another steam locomotive in a scene that transports guests back to the infancy of the Trans-Siberian.

Finally, as we charge ever-east, the cities dwindle into towns, and then hamlets, both alive and forgotten; for each the Trans-Siberian is a lifeline cast to an ever-weary swimmer, the railway the only constant in this ever-changing landscape. It’s the region’s fleeting summer and the banks on either side of the line are a riot of wildflowers while beyond, forests of silver birch reach to the horizon, interrupted only by meandering rivers. And through it all the Trans-Siberian prevails; cargo trains from Vladivostok, our destination drawing near, rumble past at regular intervals, bound for the interior, and seasonal construction crews toil under the sun to ensure this crucial link between worlds endures winters to come.