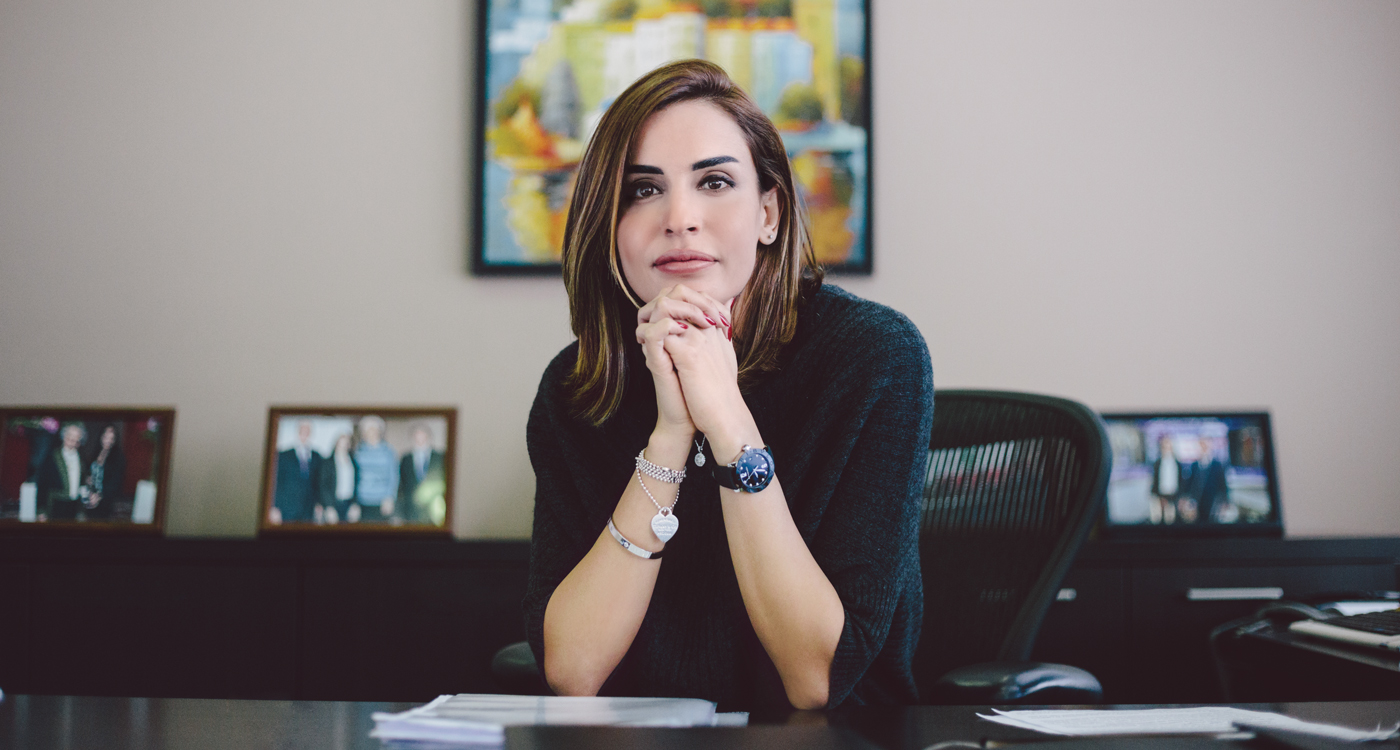 At first sight, you’ll never guess that Marianne Hoayek is the right hand of one of the world’s strongest and most respected central bank governors. Ignore those good looks and youthful exuberance because underneath lies a powerfully intelligent and determined person.

Marianne Hoayek may be a convincing, attractive and successful woman but her boss is Banque du Liban Governor, Riad Salameh and when it comes to shining stars, few burn brighter than his. This is a man who, over the last 21 years, has shown incredible leadership and the ability to pilot a steady ship through some dreadful storms. Most recently, in the midst of the global financial crisis, as the world averaged a negative 2.1 per cent annual GDP growth rate, Salameh’s policies allowed Lebanon to boast a positive 8.5 per cent rate, making it the eighth best in the world at the time. And in 2010, as banks around the world continued to reel, his long standing directives forbidding Lebanon’s banks from involvement in subprime lending and exotic derivatives not only protected but gave them the ability to lend left, right and centre, providing 24 per cent more credit year-on-year.

HOAYEK MAY BE A CONVINCING, ATTRACTIVE AND SUCCESSFUL WOMAN BUT HER BOSS IS BANQUE DU LIBAN GOVERNOR, RIAD SALAMEH AND WHEN IT COMES TO SHINING STARS, FEW BURN BRIGHTER THAN HIS.

Hoayek has played her part in many of the bank’s recent success stories but she is thankful for the opportunities her position has afforded her. “Working with someone like the governor is a rare opportunity that I do not take at all lightly. He’s far from a common personality. Rather, he’s an extraordinary man and I think working with him gives you huge experience.”

Hoayek’s tenure at the BDL began in 2005 when the governor assigned her charge of restructuring the Central Bank. One can only imagine how unenviable this task must have been, especially given the chronic bureaucracy and ingrained sectarian balances that now define Lebanese state institutions. But it was a test of kinds, a way for the Central Bank’s main man to see if his protégée was up to the job. “As a business economics and law graduate about to complete a Master’s degree in banking law and capital markets, I was doing an internship at the Banque du Liban before I left for Paris, where a place was waiting for me at HEC. Everything changed when the governor handed me this project. It was a complete reorganisation of the bank, going into every department and restructuring from A to Z. It was a massive endeavour that required I know the bank in detail and I really immersed myself in it,” she explains. “The project, which was given to me alone, took about three or four years and that was just to cover the biggest departments. But I guess the governor was happy with the results because I am still here and ongoing restructuring has become one of the major tasks of the Executive Office.”

WE KNOW THERE ARE MATTERS BEYOND OUR CONTROL THAT ARE IN DIRE NEED OF CHANGE BUT WE CANNOT SIMPLY WAIT AND DO NOTHING UNTIL THAT HAPPENS.

That office, which Hoayek heads, was created around her to serve as a buffer between the daily flow of work and the governor. “The Executive Office’s tasks are diversified, we work directly with the governor on anything he requires.” 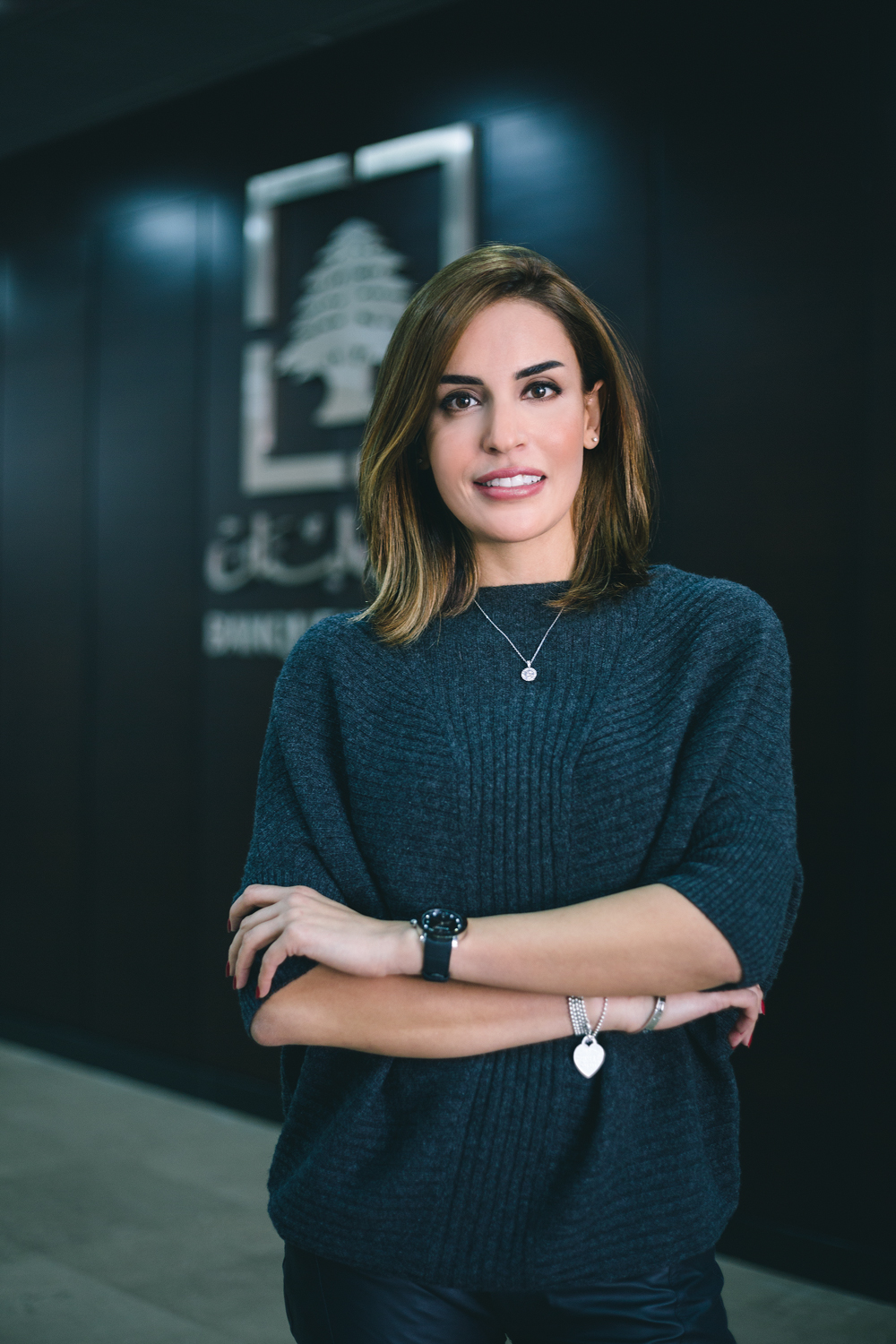 On the monetary level, the most important work the office does concerns the management and consolidation of data related to the two highest committees at the bank, the Investment Committee and the Open Market Committee. The latter is comprised of the governor, the vice governors and the directors of the Bank. It meets every month and is where the governor sets the most important monetary policies.

Beyond this, Hoayek oversees a Corporate Social Responsibility programme, a cause dear to BDL’s heart and which the Bank is trying to promote across the country. She also follows up on matters related to the World Bank and the IMF and manages the Mini Bank, a special bank for BDL employees, who are not permitted to open accounts with commercial banks due to conflicts of interest. Finally, she directs the sensitive task of coordination between departments, trains new staff, follows up on complaints and of course, runs specific Bank projects, including the recent and much discussed, Circular 331.

This is a 400 million USD start-up platform created by the governor. “He saw that the world is governed by technology and that Lebanon is a country rich in human resources,” says Hoayek. “All that we need is the means.”

According to Lebanese law, it is not possible for the Central Bank to invest in equities directly and so, Salameh and Hoayek have devised a creative mechanism to advance capital to commercial banks, which would then be invested in joint-stock Lebanese companies that contribute to the national knowledge economy through technological advancement.

The importance of small to medium-sized enterprises in an economy is wide-ranging but in the case of Lebanon, where SMEs constitute 97 per cent of firms and employ some 51 per cent of the working population, their growth is critical to the overall economy. Fostering enterprise development in the way the 400 million USD Circular 331 proposes will create opportunities for local communities, generate income and be a real driver of economic growth. “It’s an extremely ambitious project. In fact, it is the first and largest of its kind and we expect it to generate a growth of about 1 per cent in GDP over the next three years alone,” Hoayek explains.

The mechanism behind the stimulus consists of three parts, all of which happen simultaneously. First, a bank gets an interest-free loan from the BDL. Second, using this loan, the bank buys treasury bills. Finally, the bank sells the treasury bills back to the BDL at a discounted rate, which increases the present value and from which the commercial bank derives a ‘profit’, the amount of which is calculated to exactly 75 per cent of the bank’s investment in the knowledge economy. Total participation of a bank cannot exceed 3 per cent of their capital and the circular stipulates that an exit must be made within seven years, at which point the bank pays BDL half of the profits accrued through the selling of shares or dividends. “For us, the ideal exit strategy would be for the company to go public because the ultimate objective of the governor, who is also head of the Capital Markets Authority, is to get more companies floated on the Lebanese stock exchange.”

AT THE END OF THE DAY, THE CENTRAL BANK HAS NEVER LAUNCHED AN INITIATIVE THAT HASN’T SUCCEEDED.

However elaborate 331’s T-bill mechanism may be, the fact remains that lending to start-ups is inherently risky. Hoayek is well aware of this. “In the start-up world, only a small number of companies succeed. The ratio is around one in ten or maybe even twenty. So what the Central Bank is doing is effectively reducing the potential downside for commercial banks by guaranteeing 75 per cent of the investment, while on the upside, we take just a 50 per cent share. And you know when one start-up makes it, this more than makes up for the many that fail.”

Though the initiative was launched last August, no company has yet to draw any capital from the kitty. “This is a totally new initiative and you have to remember that banks are used to credits and loans. The idea of taking equity in a company is still somewhat alien to them,” explains Hoayek. “It has taken a lot of time just to get everything right in terms of processes and mechanisms. But now there are four companies in the pipeline requesting around 15 million USD and I am sure there will be many more.” 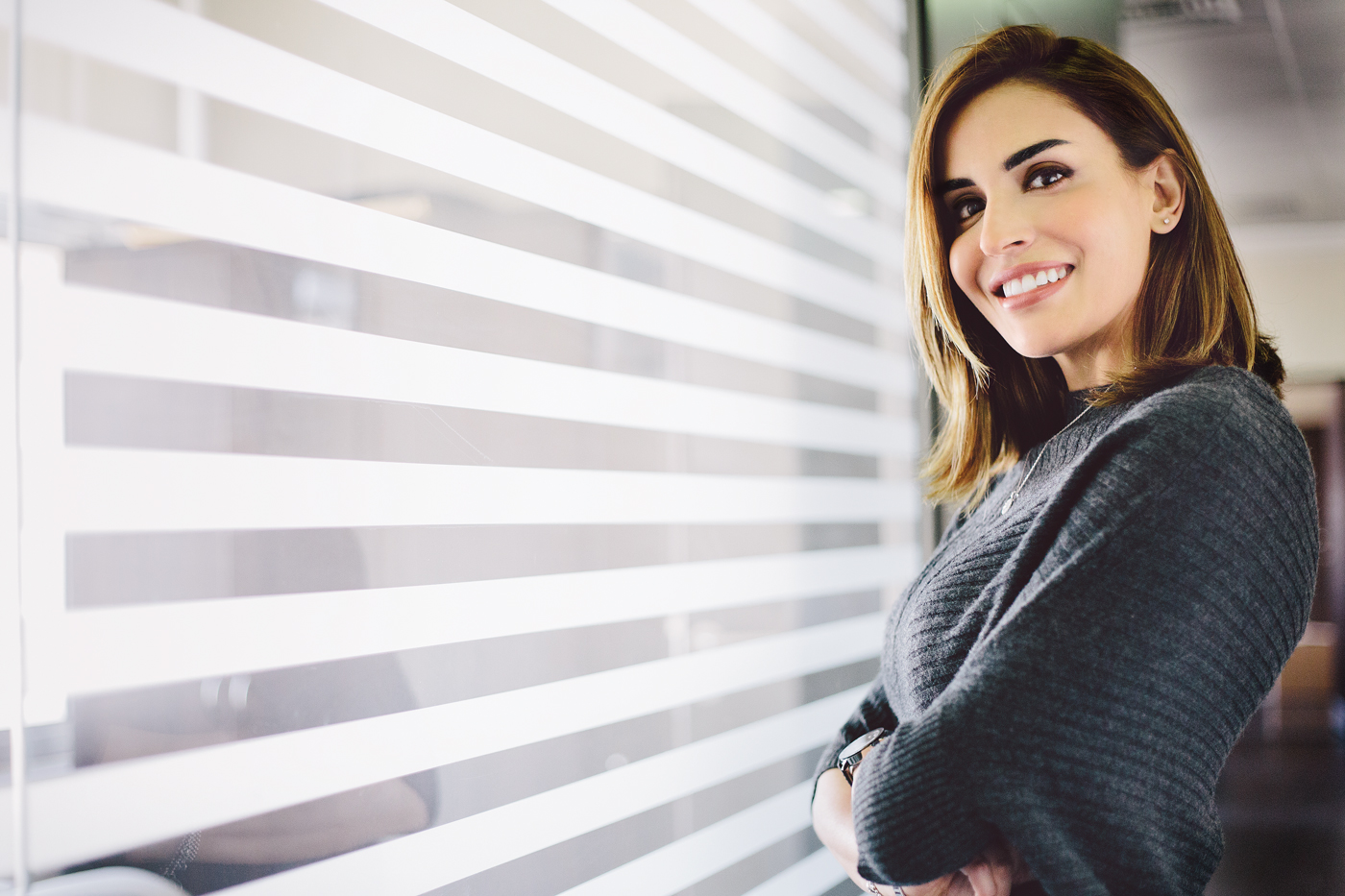 Interestingly, the circular does not specify at what stage a company must be to apply, so whether an investment is needed as seed or for growth matters little. What is fundamental is that the company be based in Lebanon and present some kind of breakthrough that can be commercialised on a global basis. “The company could be in applications, internet platforms, new technologies in media, medical equipment, agriculture, perhaps even environmental advances, really anything at all. The most important aspect for us is that it offers some new technology or innovation.”

There’s no denying that Lebanon is currently in a terrible predicament. Faced with political instability, recession and negative job growth, a recent poll conducted by Information International, an independent Beirut-based research centre, found that nearly one in three people want to emigrate, including a massive 60 per cent of 18 to 25 year olds. The effect of such a large expatriation would be to rob the country of the very people who would eventually become middle-rank executives and entrepreneurs. Hoayek sees Circular 331 as an ideal antidote to such a brain drain. “This is the moment that you should no longer lose hope in your country. It’s the first time there is hope but you really have to seize this opportunity and make the most of it in the most efficient way,” she says passionately. “At the end of the day, the Central Bank has never launched an initiative that hasn’t succeeded. And each and every time it has been against the backdrop of some negative and counter-productive external factor. We know there are matters beyond our control that are in dire need of change but we cannot simply wait and do nothing until that happens. We will never give up. This is our country and because we are in a position do something about it, we are doing our utmost.”