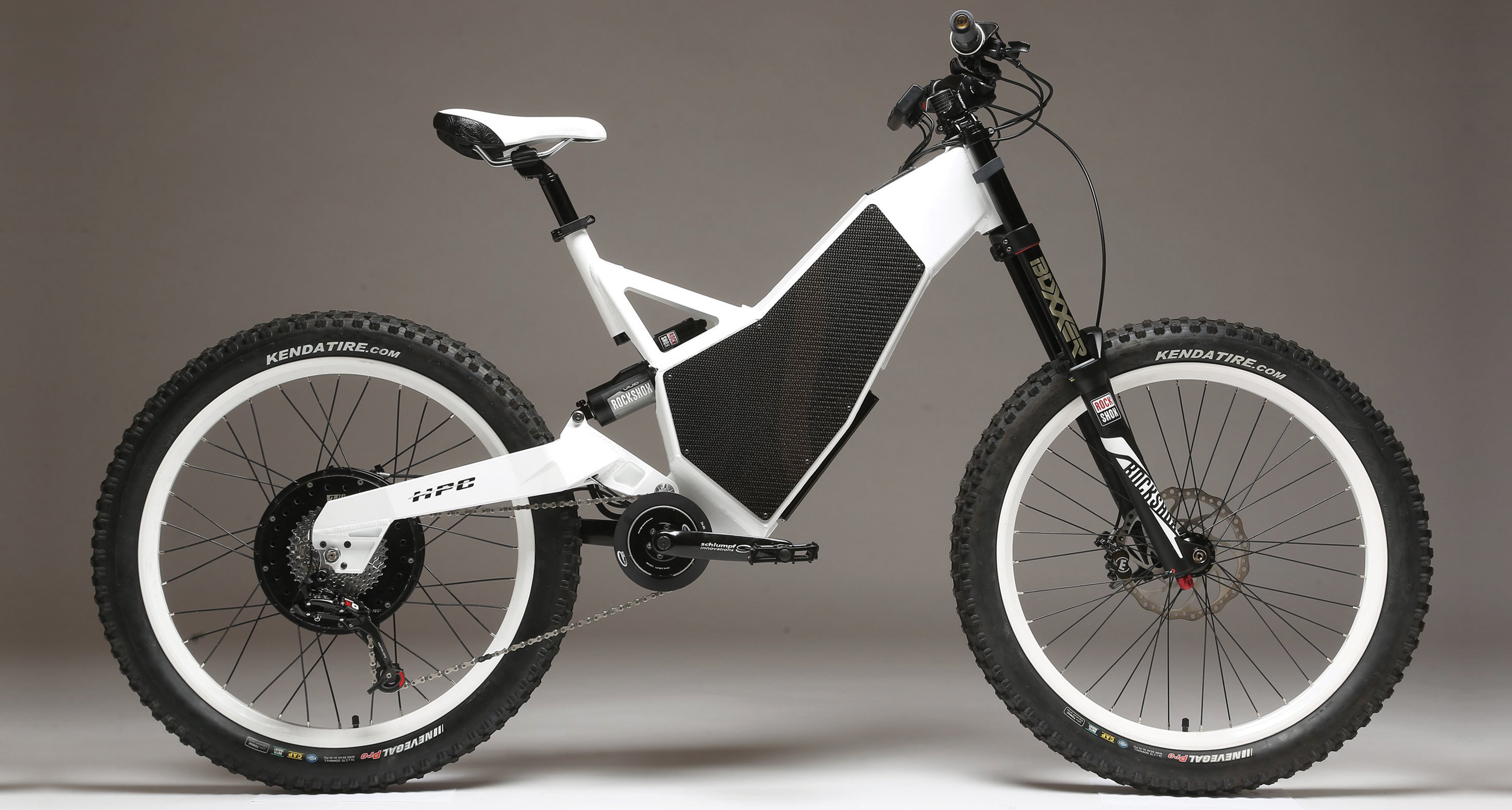 Hi-Power Cycles Made an All-Terrain E-bike That Will Blow Your Mind
April 16, 2018 Nicolas Shammas

Unlike other e-bike manufacturers, LA-based Hi-Power Cycles don’t throw together pre-fab parts. Instead, they almost entirely craft their bicycles in-house, and in the case of their latest product, no cost was spared in its production process. Named the Revolution X, it took a team of aerospace engineers, including a former employee of NASA’s Jet Propulsion Lab, two years and five prototypes to develop. It features an insane 6,000-watt power unit, an ultra-light aluminium frame (which at 5.8kg is the lightest of its kind), and a top-of-the-line suspension system that’ll allow you to tackle dirt roads, mountain trails, or city commutes at speeds of up to 95 km/h. It has a retail price of 13,000 USD.